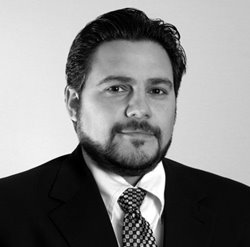 Mark Terzigni is Executive Director of Market Sectors and Construction Technology. He started his career at SMACNA in 2008 as a Project Manager in the Technical Services Department. Early projects included SMACNA’s Seismic Restraint and Duct Leakage Testing Standards, as well as several apps such as The HVAC duct Construction App and the Leakage Testing Calculator. In 2014 Mark became the Director of Engineering and continued his work on SMACNA standards like the HVAC Duct Construction Standards and the System Air Leakage Test standard. Mark represents SMACNA at several industry organizations including ASHRAE (Past Chair of Duct Design), The International Code Council (PMG Code Council), International Association of Plumbing & Mechanical Officials (IAPMO), and National Fire Protection Association (NFPA). Mark’s current role, effective 2021 has him working with the MEP Trade Associations such as MCAA and NECA on a number of joint projects and events.

Prior to working at SMACNA, Mark was a Sales Engineer and Technical Service Engineer for McGill Airflow. Mark has a BSME from The Ohio State University.