U.S. Department of the Treasury 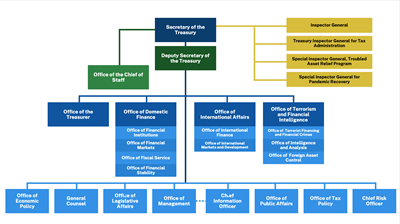 The Treasury Department is the executive agency responsible for promoting economic prosperity and ensuring the financial security of the United States.  The basic functions of the Department of the Treasury include: 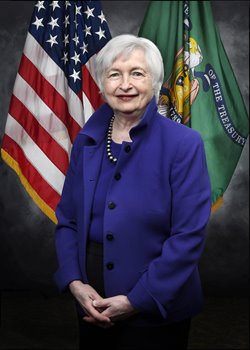 On January 26, 2021, Janet Yellen was sworn in as the 78th Secretary of the Treasury of the United States. An economist by training, she took office after almost fifty years in academia and public service. She is the first person in American history to have led the White House Council of Economic Advisors, the Federal Reserve, and the Treasury Department.

February 26, 2021 - Two issues will be of preeminent importance not only to our members and their union workforce but also to the Biden Administration as it ramps up its efforts to rebuild the economy and the country’s infrastructure: misclassification of employees as independent contractors, which is rampant in the construction industry, and relief and reform of the multiemployer defined benefit pension system.  Federal policies and regulations should be reformed to favor law abiding companies that are creating and sustaining pathways to the middle class.