While rare for SMACNA contractors to use staffing agencies, when they do, they generally do not want to have these individuals legally treated as their employees. 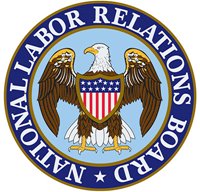 An International Brotherhood of Teamsters affiliate’s motion for reconsideration was denied by the NLRB on February 11, 2021, regarding Browning-Ferris Indus., NLRB, Case 32-CA-160759.

In this case, the NLRB determined that Browning-Ferris Industries is not jointly liable for workers at a California recycling facility that the company hired through a staffing firm. The Board kept in place its finding that the staffing firm was the sole employer of the subcontracted workers at the recycling plant.

In 2015, the NLRB expanded the standard for proving one company jointly employs another’s workers, resulting in shared liability for labor law violations, including the obligation to bargain with unions. However, in the 2015 Browning-Ferris decision, the Board determined that the expanded standards should not be applied retroactively.

In February 2020, the NLRB released a new rule that restricts the circumstances in which businesses that use workers hired by third parties can be held jointly liable for violations of federal labor law. The NLRB regulations requires that a company exercise “substantial direct and immediate” control over the most important elements of a worker’s job, like discipline or hiring and firing, to be considered the worker’s employer.

While rare for SMACNA contractors to use staffing agencies, when they do, they generally do not want to have these individuals legally treated as their employees. For contractors considering bringing in temp agency staff to perform work covered by their collective bargaining agreement, there are many potential pitfalls beyond the labor law considerations discussed here including maintaining required ratios when using temporary help. It is advised that contractors consult with their Chapter Executive before going down this road.

For more information about the ruling, email Maggie Powers, Assistant Director of Labor Relations, at mpowers@smacna.org.