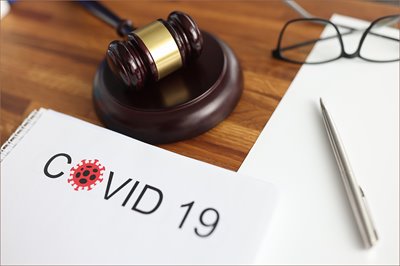 On August 26, 2022, the Eleventh Circuit Court of Appeals issued a long-awaited decision regarding Executive Order 14042, entitled "Ensuring Adequate COVID Safety Protocols for Federal Contractors," which directed federal agencies to include a COVID-19 vaccination mandate in new federal government contracts, renewals, and extensions of existing contracts, and, where possible, existing contracts. While the appeals court agreed with the Georgia district court that the Executive Order exceeded the President's authority, the appellate court concluded that the nationwide injunction was too broad. As a result, the Biden Administration is no longer prevented from enforcing Executive Order 14042 in states not subject to a court injunction.

In its decision, the appeals court concluded that President Biden exceeded his authority by issuing the vaccine mandate in Executive Order 14042:

In short, the President's authority to issue Executive Order 14042, and executive agencies' authority to implement it, depend on whether Congress delegated the power to require widespread vaccination through the Procurement Act. All signs suggest that Congress has retained this power rather than passing it on. Agencies' bare authority to set contract specifications and terms is not enough to show that when Congress passed the Procurement Act, it contemplated the general power to mandate vaccination.

Nevertheless, in assessing the scope of the nationwide injunction, the court concluded that it was overboard. Thus, the court limited the injunction to: (1) the seven plaintiff States – i.e., Alabama, Georgia, Idaho, Kansas, South Carolina, Utah, and West Virginia – and (2) members of Associated Builders and Contractors.

By limiting the scope of the nationwide injunction, this means that nothing prevents the Biden Administration from enforcing Executive Order 14042 in states where it is not enjoined from enforcement. In addition to the seven states above, 14 other states have already successfully obtained injunctions, including: Missouri, Nebraska, Alaska, Arkansas, Iowa, Montana, New Hampshire, North Dakota, South Dakota, Wyoming, Kentucky, Tennessee, Ohio, and Florida.

The problem, however, is that courts in other states, including Texas, California, and Washington, refused to issue injunctions because of the nationwide injunction, which has now been restricted in its application. It is unclear whether these or other cases will be revived in light of the recent appellate case.

It is too soon to tell whether the administration will attempt to enforce Executive Order 14042 in other states. As of the August 31, 2022, the Safer Federal Workforce Task Force has not yet updated its website to account for the Eleventh Circuit ruling. However, federal contractors in other states should consider preparing for a resumption in federal enforcement.

SMACNA will continue to monitor this issue as it develops.