SMACNA and other stakeholders urge leaders to adopt green building standards laid out in the Build Back Better bill. 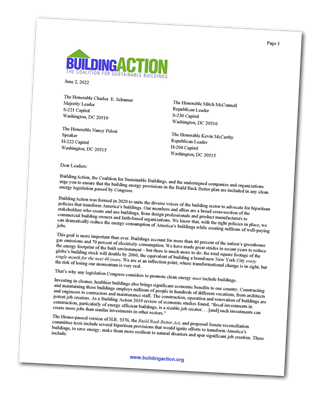 According to Building Action’s letter, buildings account for 40 percent of America’s Greenhouse gas emissions and 70 percent of energy consumption.

Building Action is made up of entities such as commercial building owners, design groups, faith-based organizations, and associations such as SMACNA.