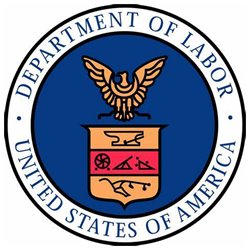 The Department of Labor recently published a Notice of Proposed Rulemaking to help employers and workers determine whether a worker is an employee or an independent contractor under the Fair Labor Standards Act. The proposed rule would provide guidance on classifying workers and seeks to combat employee misclassification. The proposed rule is a framework more consistent with longstanding judicial precedent on which employers have relied to classify workers as employees or independent contractors under the FLSA. For more than seven decades, the DOL and federal courts across the nation have applied an economic realities test to determine whether a worker is “economically dependent on the employer for work” and, thus, an employee under the FLSA.  In determining whether a worker is economically dependent, the DOL and federal courts have historically applied a multifactor “totality of the circumstances test.”  While federal courts have differed on the exact factors to be weighed, they have settled mainly on six (see below), with no one factor being determinative.

Then, in January 2021, the outgoing Trump administration published a new rule stating that two “core factors” – (a) the nature and degree of the worker’s control over the work and (b) the worker’s opportunity for profit and loss – should be given greater weight than the remaining factors.  The Biden administration at first delayed the effective date of the new “core factor” rule and then formally withdrew it.  Then, a federal court in Texas ruled that the DOL’s delay and withdrawal violated the Administrative Procedure Act and held that the “core factor” rule was effective as of March 8, 2021.  The Biden administration vowed to implement a new rule, which brings us to this new proposed rule. The DOL’s proposed rule claims that the “core factor” test “would have a confusing and disruptive effect on workers and businesses alike” since it departs from the extensive case law that has historically applied the “totality of the circumstances” test where no factor has “a predetermined weight." All are considered to determine whether a worker is economically dependent on the employer.  These are the six factors set forth by the DOL:

The proposed rule provides further detail and explanation as to what each of these factors means in practice. It also clearly states that these six factors are not exhaustive and that additional factors may be relevant depending on the circumstances. The comment period on the proposed rule ends on November 28, 2022, and can be submitted online. While the DOL’s rule does not necessarily propose a “new” test to determine independent contractor status, it is important to be mindful of this development if your company works with independent contractors.  The rule will largely revert to existing case law and past practice, but since the “totality of the circumstances” is not a bright line rule, it is important to always contact your employment attorney to review and discuss your specific circumstances to ensure compliance with the FLSA and minimize any potential liability from misclassifying workers.