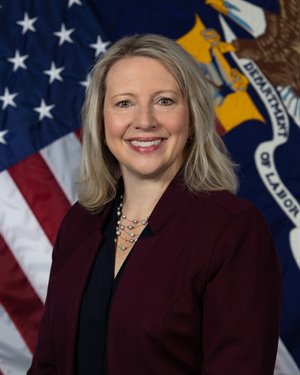 SMACNA has endorsed Jessica Looman’s nomination to serve as the administrator of the Department of Labor’s (DOL) Wage and Hour Division (WHD). The full United States Senate is considering Ms. Looman’s nomination after being reported out of committee by a bipartisan majority vote (13-9). The Minnesota native has a long and distinguished career and served in several capacities: Minnesota Commissioner of Commerce, Assistant and Deputy Commissioner of the Minnesota Department of Labor, and later as Executive Director of the Minnesota State Building and Construction Trades Council. She has worked collaboratively with SMACNA on several labor standard enforcement issues. These include reforming the Davis-Bacon Act, refining independent contractor rules, promoting the use of project labor agreements, and enhancing registered apprenticeship standards designed to expand the skilled construction workforce.

The Wage and Hour Division oversees labor standards and enforces regulations implementing various federal labor and related contracting laws. Formed with the passage of the Fair Labor Standards Act of 1938, the division is tasked with promoting compliance with the prevailing wage and contracting regulations to maintain federal labor and wage standards. These rules ensure that workforce quality is a top priority.

It is rare for SMACNA to endorse a nominee for a federal appointment. However, in his letter to the Senate, Stan Kolbe, SMACNA’s Executive Director for Government and Political Affairs, stated that “SMACNA is making a special exception to support Jessica Looman to be WHD Administrator due to years of appreciation for her dedication and ability as well as our first-hand experience viewing her fairness, judgment, and professionalism at the state and federal levels.”

The Optimal Way to Cut Sheet Metal for Duct Fabrication

Level Up Your Commercial Contracting Business with ServiceTitan