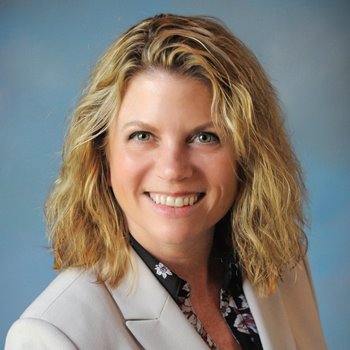 Linda Jennings has been named SMACNA’s new Executive Director of Market Sectors and Construction Technology, replacing Mark Terzigni, who will take over as the Chapter Executive for SMACNA Southern California.

Ms. Jennings’ has deep roots in the skilled trades, with her grandfather owning a sheet metal shop and her father serving as a past SMACNA chapter executive. Jennings received her Bachelor of Arts & Science – English Language Arts from San Diego State University. As her career progressed, she shepherded three separate associations: SMACNA’s San Diego chapter, Orange Empire SMACNA, and the Inland Contractors Association.

During her association with SMACNA, Ms. Jennings managed all aspects of association operations. These responsibilities included overseeing human resources functions to heading accounting and fiduciary activities at the association level. She has channeled her energy into promoting JATCs, making high-quality skills development, and building an effective and sustainable labor/management partnership a top priority. Ms. Jennings also leads various collaborations with labor, including creating a local health plan, supporting legislative/regulatory issues on local and national levels, and working to address the childcare challenges for union sheet metal workers. Finally, she is recognized as a subject matter expert on labor relations and health plan management at the state and national levels.

Praised as a highly competent association executive and a leader, her commitment and contributions to her community are significant. During her tenure in San Diego, Ms. Jennings served on twelve different boards. She has earned broad accolades for her efforts, including San Diego Taxpayers Association’s Board Member of the Year, SMACNA’s Chapter Executive of the Year, SMACNA’s Chapter Executive Legislative Advocate of the Year, and Induction into SMACNA’s College of Fellows.

With Jennings’s appointment to the Executive Director role, SMACNA will be better positioned to serve its western-based members. She will leverage her experiences and relationships with West Coast stakeholders to advance the interests of SMACNA and its members.

In talking about Jennings’ new role, SMACNA CEO Aaron Hilger said, “SMACNA is excited to have Linda’s 34 years of experience working with SMACNA members on our executive staff. Her west coast presence and experience will provide SMACNA with a broader perspective on several issues important to members.”