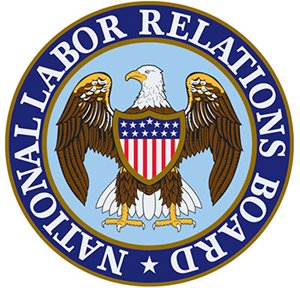 On October 3, the NLRB issued a decision in Valley Hospital Medical Center, Inc., 371 NLRB No. 160 (2022), which holds that employers are prohibited by Section 8(d) and 8(a)(5) from unilaterally stopping dues checkoff after the expiration of a CBA.  The Board’s decision reverses a 2019 decision and returns to the rule outlined in the Board’s 2015 decision: Lincoln Lutheran of Racine, 362 NLRB 1655 (2015).  In Lincoln Lutheran, the Board held that an employer must, following CBA expiration, continue to honor a dues-checkoff arrangement established in an expired CBA until: (a) the parties have reached a successor CBA or (b) a valid overall bargaining impasse permits unilateral action by the employer.

In Valley Hospital, the employer (Valley Hospital) ceased withholding union dues approximately 13 months after the parties’ CBA expired.  The employer did so with five days’ notice and without providing the Union an opportunity to bargain.  Under the standard set forth in Lincoln Lutheran, the Board quickly concluded that Valley Hospital violated Section 8(a)(5) and (1) of the Act.  As a remedy, the NLRB ordered the Hospital to reimburse the Union for “any dues [the Union] would have received but for” the employer’s failure to withhold dues.  Critically, the Board also held that it intended to apply its rule in this case retroactively to all currently pending cases.  Any employer who unilaterally ceased withholding dues under the 2019 decision will likely be subject to an order to reimburse the Union for any dues the Union did not collect.

Notwithstanding the most-recent NLRB decision, it is important to remember that, in response to the 2019 decision permitting employers to cease withholding dues at contract expiration, SMACNA and SMART released a joint statement of policy and support for strong, effective local and national unions and contractor associations.  The statement provides in relevant part:

Union Member Dues Deductions and Contractor contributions to Industry Promotion Funds have long been included in our industry’s Standard Form of Union Agreement (SFUA) and recommended for adoption by local bargaining parties. Effective use of dues and industry funds promote industry stability and support expansion of market and work opportunities. As such, SMART and SMACNA confirm their commitment to full continuation and support of dues deductions and industry promotion fund contributions and request our local affiliates to do the same to strengthen the union sheet metal industry.

While an appeal is possible with respect to the most-recent NLRB decision, SMACNA continues to believe that the 2019 SMACNA and SMART joint statement of policy and support should continue to guide contractors, contractor associations, and local unions in advancing the best interests of the union sheet metal industry.