Davis-Bacon, Apprenticeship Support, and Energy Efficiency Standards front and center in a pair of bills currently moving through the United States Congress. 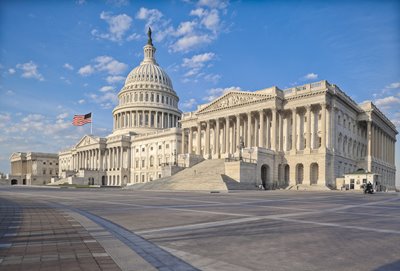 Several of SMACNA’s top legislative priorities are featured in a pair of bills currently under active consideration within the United States Congress. Early Thursday, the United States Senate passed the CHIPS Plus act, designed to enhance U.S. competitiveness in superconductor manufacturing and technology advancement. SMACNA was an early supporter of this bill, as it included Davis-Bacon prevailing wage law protections, enhanced support for apprenticeship programs, support for improved research and development efforts, workforce training grants, and tightened Buy American language. The bill cleared the Senate in a 64-33 bipartisan effort and then cleared the House by a 243-187-1 margin. The legislation now heads to President Joe Biden’s desk for a signature before Congress recesses in August.

Additional SMACNA action items are included within the language of the Inflation Reduction Act, a deal that was reached Thursday evening between Senate Majority Leader Chuck Schumer (D-NY) and Senator Joe Manchin (D-WV). The agreement includes $370 billion in energy and climate spending, $300 million in deficit reduction, three years’ worth of Affordable Care Act subsidies, and significant changes to specific items of the tax code. One of the SMACNA-supported provisions included was the inclusion of language requiring the payment of prevailing wages on projects that utilize tax credits to fund efficiency upgrades. In addition, rules regarding registered apprenticeship programs were folded into the deal’s language.

Because of the Schumer/Manchin agreement, there is hope that the Inflation Reduction Act can pass the Senate through the budget reconciliation process, which would mean that the bill would only require a simple majority to clear the Senate rather than the traditional 60 votes. Once that occurs, the bill will move to the House for consideration.