DEWALT and SMACNA Team Up for NASCAR Cup Race 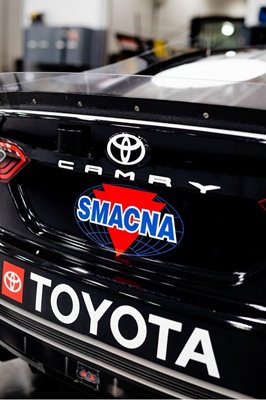 The SMACNA logo will appear on a car competing in the upcoming NASCAR Cup Series stop in Sonoma, CA, on June 12. The SMACNA logo will be featured on the Number 20 DeWalt Toyota Camry driven by Joe Gibbs Racing driver Christopher Bell for the Toyota/Save Mart 350 race. Bell, entering his third season racing in NASCAR’s top circuit, is an emerging talent in the sport, winning the 2017 NASCAR Camping World Truck Series.

The race is due to start at 4 PM (Eastern) and will be carried nationally on FS1. Check out SMACNA's social media channels in the coming days to learn more about the event.