As the industry moved to a new phase of the COVID pandemic, SMACNA charted both a return to normal and towards never-before-seen heights. 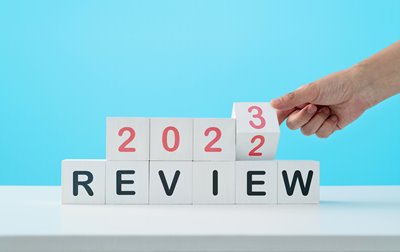 2022 was a year of transition and new beginnings for SMACNA, as the industry was moving to a new phase of managing the COVID pandemic and plotting a return to normalcy. The year began with CEO Aaron Hilger taking over the organization’s reins from retiring CEO Vince Sandusky on January 1. Bookending the year was the 2022 SMACNA Annual Convention in Colorado Springs, CO as Tony Kocurek named president for 2022-23.

Early in 2022, signs of normalcy began to take hold, most notably in return to in-person events such as the MEP Innovation Conference, the AHR Expo, and Partners in Progress. SMACNA’s own events, such as the Project Managers Institute, the Financial Boot Camp and others, also made their return.

SMACNA also looked to increase how it served its member contractors, highlighted by the successful launch of SMACNA’s Career Center in March. SMACNA also brought on a new Chief Economist, Dr. Anirban Basu, to better understand the market forces that will dictate business activity in 2023 and beyond. SMACNA continued to release various technical guides and resources designed to assist member contractors in the field. The 2022 Bargainers Update provided Chapter Executives with the most up-to-date information possible as they prepared for negociations.

In addition, SMACNA continued to expand its multimedia presence, including podcasts, videos and webinars.

In collaboration with SMART, SMACNA expanded BE4ALL, a program designed to promote inclusiveness and acceptance within the Sheet Metal/HVAC industry. Throughout the year, representatives from both organizations came together to find common ground and work together to better the environment for all working in the sector.

Finally, SMACNA achieved numerous victories on the legislative and regulatory front. With the country looking to drive the economy forward after the COVID pandemic, the Biden administration championed several initiatives with that goal, including measures contained within the Bipartisan Infrastructure Law, the CHIPS and Science Act, and the Inflation Reduction Act. These measures included incentives and funding that could translate into tangible business opportunities for contractors.

In Spring 2022, SMACNA's Government Affairs and Labor Relations groups collaborated on an effort to promote proposed revisions to the Davis-Bacon Act, the law that sets the standard of paying local prevailing wages to workers employed on government construction projects with values exceeding $2,000. SMACNA strongly encouraged its members to comment in support of provisions that would return rates to levels in place before revised rules were put into place by the Reagan Administration. With a return to the pre-1980's rates, union contractors will be able to competitively bid on federal construction work. SMACNA also applauded the work of a bi-partisan group of legislators who halted the passage of an amendment that would have repealed the Davis-Bacon Act.

In addition, SMACNA lobbied for measures, including the expanded use of project labor agreements (PLA), that encourage the use of highly-trained union workers on construction projects.

Exiting 2022 and entering 2023, SMACNA will be championing several efforts, most notably, improving Indoor Air Quality in public areas such as government buildings, and most notably schools. SMACNA has published several resources on improving indoor air, many of which were noted by the White House as critical tools to be used by public sector decision-makers.