Several professional sports franchises across the U.S. and Canada are preparing to start work on either renovating current facilities or building completely new venues. 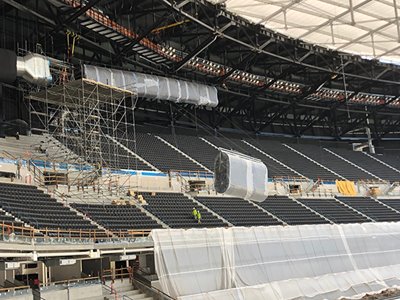 Over the past couple of years, our members have performed some rather impressive work on sporting venues across various cities. Whether it be constructing the stunning aluminum exterior at Los Angeles’s Sofi Stadium, home to Super Bowl LVI, upgrading Kennick Stadium, the home of the University of Iowa football program, completing vital ductwork on Allegiant Stadium in Las Vegas, or building new public spaces at Philadelphia’s Wells Fargo Center, SMACNA member companies have been essential parts of these projects.

Now, a massive new surge in the renovation and construction of sporting venues is on the horizon. A few weeks ago, the State of New York and the Buffalo Bills reached an agreement on a new facility to replace the 49-year-old Highmark Stadium. The new facility, which will be located next to the Bills’ current facility in Orchard Park, NY, will cost nearly $1.4 billion and will open in 2026. However, the project in Buffalo is not the only one that is moving forward at an rapid pace. In late March, the Toronto Blue Jays received approval on a two-year project that would renovate the lower bowl and concourses of Rogers Centre. 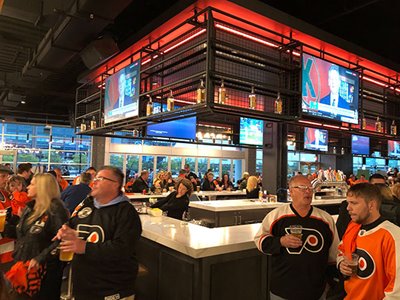 However, these projects appear to be the tip of the pending construction iceberg. The Tennessee state government and the Tennessee Titans appear close to a funding package for a new stadium for the team in Nashville. The Kansas City Royals and Kansas City Chiefs are also considering new facilities in either Kansas or Missouri. Finally, the Washington Commanders are evaluating sites in the District of Columbia, Maryland, and Virginia for their new venue. In addition to these projects, several soccer-specific projects have sprouted up as Major League Soccer (MLS) continues its expansion in North America. New facilities in Nashville and St. Louis are in various stages of construction.

SMACNA will use several tools, including our Executive News Brief, to keep our members informed of any developments that emerge with these projects. Feel free also to visit the SMACNA website to read member testimonials on their involvement with these kinds of endeavors.