Trade-Mark Industrial Inc. of Cambridge, Ontario is flourishing in Canada’s booming economy. Trade-Mark has approximately 1,200 men and women in the field in locations as far west as Manitoba and the United States. 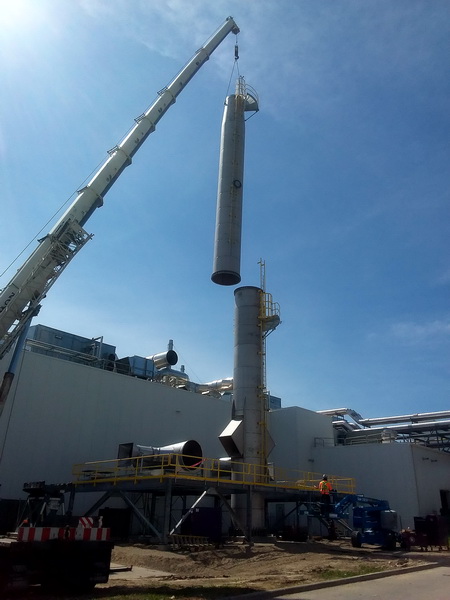 Trade-Mark Industrial Inc. of Cambridge, Ontario is flourishing in Canada’s booming economy. Trade-Mark has approximately 1,200 men and women in the field in locations as far west as Manitoba and the United States.

Trade-Mark is a multi-trade contractor and served as the general contractor for the project. “We did the structural fabrication, the electrical work and the pneumatic air lines, and we fabricated the ductwork in our Cambridge facility,” Colussi said. “Our people shared resources and equipment on-site and we handled all coordination between the crafts internally.” 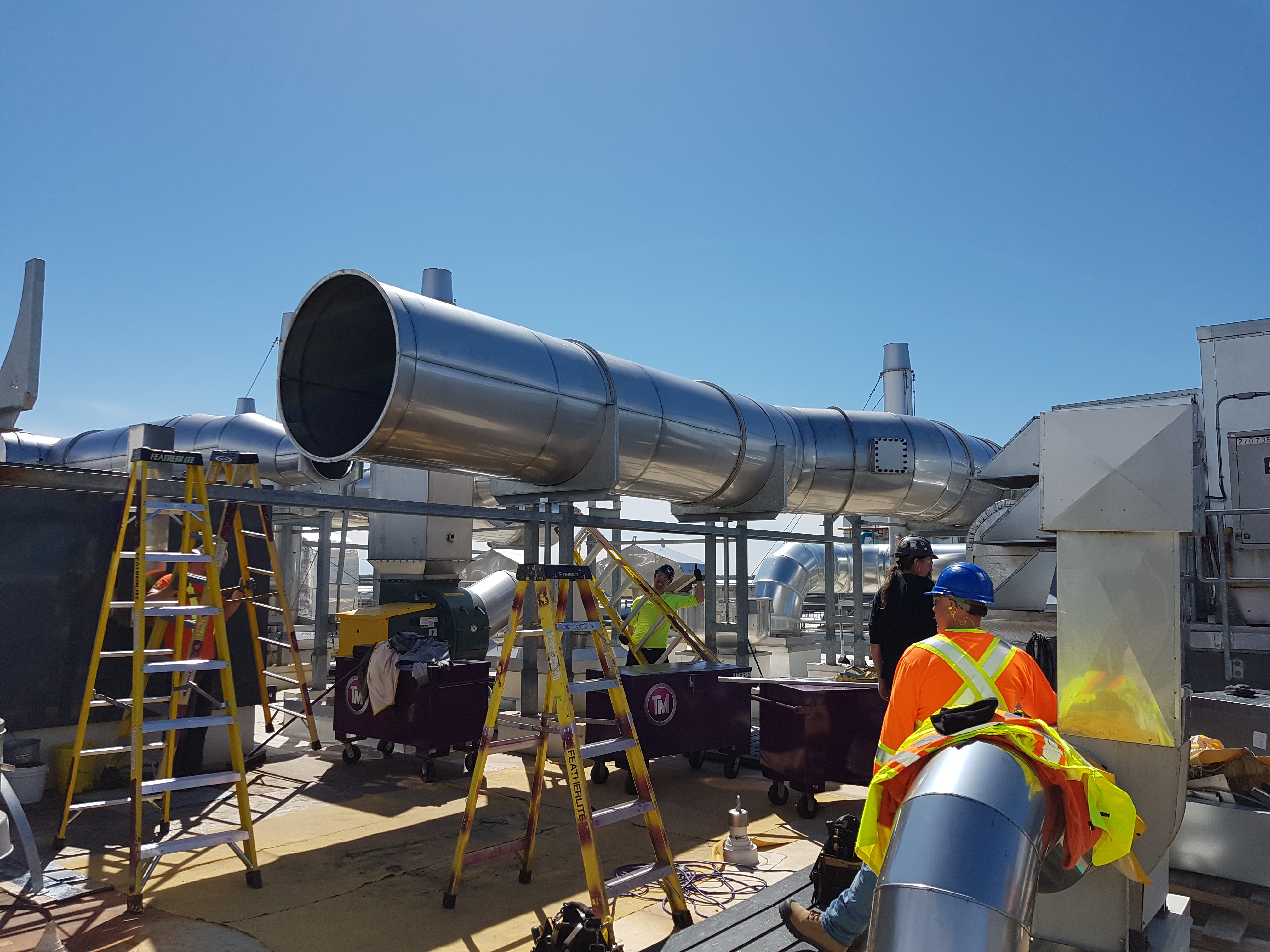 Trade-Mark owns a crane company, ROC (Royal Oak Cranes), that assisted with the project. “We began with one small boom truck and it was such an asset that we’ve expanded to 35 cranes at four locations in Southwestern Ontario.”

The heavy cranes were crucial to completing the project. Trade-Mark used their 350-pound crane to hoist 115,000 pounds of stainless steel ductwork up to the roof and onto pre-installed roof duct supports, which were fabricated in the shop.

“We removed the existing exhaust duct systems on the roof and installed larger new 70-inch diameter exhaust ducts,” Colussi noted “They ran along the roof and down to the new exhaust fans and into the new stack. Modifications were also made to the ductwork inside the plant to accommodate the increase in airflow.”

To vent production odors, Trade-Mark added a 115-foot-high, 84-inch diameter stainless steel exhaust stack. The stack had a structural access platform to support two variable speed exhaust fans. The high efficiency fans draw air through the stack at 50,000 cubic feet per minute. The stack releases odors into the atmosphere 85 feet above the facility roofline, 50 feet higher than the previous system did, thereby reducing the odors in the immediate area. 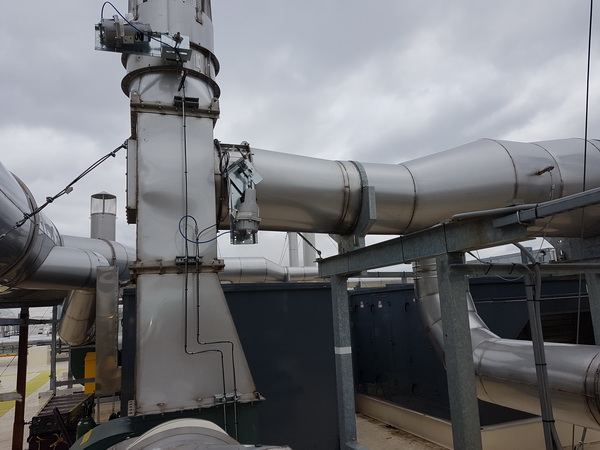 Trade-Mark worked on several weekends to avoid disrupting the customer’s production. “We are a 24/7 company,” Colussi said. “We receive calls around the clock and can react with teams of trades people to help clients get production up and running as soon as possible. We have built long-term relationships with many of our customers because they know we will get them back into production quickly. Production prevails over everything.”

Trade-Mark employees spent much of their time working on the plant roof and in utility spaces away from the actual food production. On rare occasions when they entered a production area, they wore protective clothing including booties and hair nets to comply with Canada’s strict food hygiene standards.

Working with crews on the roof in bad weather was also a challenge, however there were no cutting corners with safety. Trade-Mark engaged in assertive incident prevention and proactive safety planning.

“Every morning before the shift began the foreman would hold a safety talk with the whole crew that related to the day’s activity. Our crews wore harnesses, safety glasses, hard hats and work boots during the project,” Colussi said.

“We take safety seriously at Trade-Mark, and we want all our people to go home to their families at the end of the day.”

A Green Roof Springs to Life

Testing and Balancing: Making a Difference in Energy Efficiency

President’s Column: Building on the Benefits of Energy Efficiency