SMACNA has enthusiastically expressed support for the bipartisan bill, Restoring Investments in Improvements Act of 2019 (S. 803), which would amend last year’s Tax Cuts and Jobs Act to boost renovations and retrofits for restaurants and retailers. 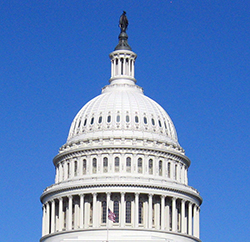 SMACNA has enthusiastically expressed support for the bipartisan bill, Restoring Investments in Improvements Act of 2019 (S. 803), which would amend last year’s Tax Cuts and Jobs Act to boost renovations and retrofits for restaurants and retailers.

“Making sure our local small businesses can invest in themselves is critical for the economic success of our communities. This bipartisan legislation is important to make sure the tax code works as intended, and restaurants, retailers and other businesses can make the improvements they need to make their stores competitive, vibrant and safe,” said Sen. Doug Jones (D-Alabama).

The legislation was introduced by Sens. Jones and Pat Toomey (R-Pennsylvania), along with eight other bipartisan senators. It would correct an important oversight contained in last year’s Tax Bill that would boost retrofit and renovation activity in the commercial and hospitality sectors and the businesses supporting them.

SMACNA members include thousands of firms specializing in energy efficiency contracting, facility energy management and residential, commercial, public and industrial energy system efficient retrofits. Both SMACNA members and the HVAC industry would see an expansion of projects once the bill is passed into law.

The Restoring Investments in Improvements Act would remedy a drafting error in the 2017 Tax Cuts and Jobs Act to ensure that the full cost of store, office and building improvements could be immediately expensed, as was originally intended by the law.

That  2017 Tax Bill made changes to the federal tax code, including allowing businesses to immediately write off costs associated with improving facilities. Businesses previously had to write off those expenses over 15 years. However, a drafting error instead required restaurants, retailers and other leaseholders to write those expenses off over 40 years. This would result in cost-prohibitive renovation projects and stalled investments.

Congress’s Joint Committee on Taxation has concluded that this legislation would have no impact on the federal budget deficit. Further, S. 803 would eliminate tax barriers to different types of business investments. This correction should allow a wide variety of businesses to save money by deducting the cost of certain investments under a provision known as “100 percent bonus depreciation.”

Projects previously excluded from this new full and immediate expensing rule could include improving the interior of a retail store, renovating the dining space in a restaurant, installing new signs for the business, upgrading lighting fixtures to be more energy-efficient, and modernizing common areas in office buildings. Without the Restoring Investments in Improvements Act, these projects could be cost-prohibitive and those already in progress could be stalled or terminated.

“As a former restaurant owner, capital invested in a company should be fully deductible at the time of the investment. Our simple fix will help grow the economy and create jobs,” noted Sen. Toomey.

In meetings with Sen. Jones, SMACNA Capitol Hill staff endorsed this legislation and thanked him for his leadership on the bill. Sen. Jones has been a Senate standout in promoting a number of initiatives to increase small business investment as well as his important bill to boost expensing incentives.

In addition to SMACNA, the bill is supported by leading efficiency and real estate industry organizations, including the Alliance to Save Energy, American Institute of Architects, Commercial Real Estate Development Association, National Association of Real Estate Investment Trusts, National Restaurant Association and the Real Estate Roundtable.

Members may read SMACNA’s letter to the Senate on the “Restoring Investments in Improvements Act” at smac.news/wb.

Members may also show their support by contacting their legislators on SMACNA’s Take Action web page.