Roofs can serve multiple purposes besides being the foundation for green roofs. Harnessing the power of the sun, for instance, as a solar energy source for buildings and homes. Some SMACNA contractors are venturing into the solar market, offering their clients a clean, reliable, and cost-effective technology that can reduce utility bills. 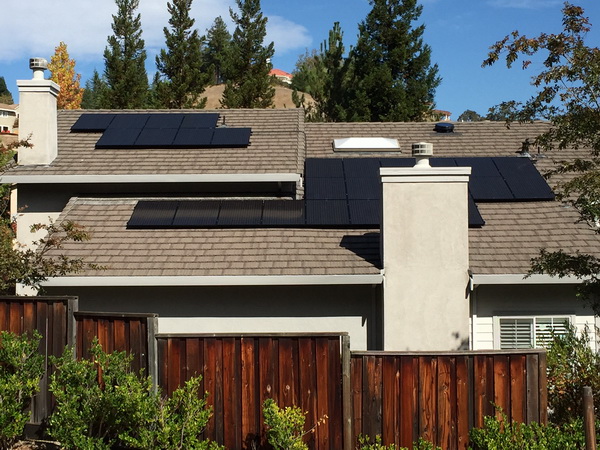 Roofs can serve multiple purposes besides being the foundation for green roofs. Harnessing the power of the sun, for instance, as a solar energy source for buildings and homes. Some SMACNA contractors are venturing into the solar market, offering their clients a clean, reliable, and cost-effective technology that can reduce utility bills.

Nowhere is the “power” of solar more visible than California. According to the Solar Energy Industries Association (SEIA), the number of California homes with solar installations is closing in on the 1 million mark. State policies and incentives are helping drive demand. California, for example, will require all new homes to have solar power, starting in 2020. Other states are considering their own solar requirements.

In the East Bay area near San Francisco, where there is a lot of competition in the solar market, SMACNA member ACS Air Conditioning Systems is getting a piece of the pie.

“In California it's great, solar is everywhere. It is probably the best investment for your home,” said Justin Pratt, vice president of Air Conditioning Systems. “It's tough to go wrong with solar.”

ACS got ahead of the curve, as they began offering solar power systems to their existing customers about six years ago. While HVAC is still their bread and butter, solar is a good value-added service for homeowners who are drawn to the energy savings, environmental benefits and tax breaks. ACS installs roof-mounted panels that tie into the main electrical breaker box.

According to the ACS website, “with a modest solar array, you can cut your home electrical consumption by up to 50 percent, and thereby reduce your carbon footprint.”

Pratt said ACS is keeping up with advances in the roof-mounted panels as improvements are being made all the time. “Each panel is getting stronger and stronger,” he explained. “When ACS started with solar, a panel could produce 250 watts. Now they can deliver up to 400 watts. Solar storage batteries also allow owners to store energy and sell it back to the utility company when the rates are the highest.”

While some new solar products, like Tesla’s solar roof, seem expensive, average prices for solar technologies have fallen 47 percent over the last five years, according the SEIA.

With a projected five billion years to go before the sun’s energy runs out, sunshine should prove to be a reliable and energy efficient source of power for years to come.