As medical facilities deal with an unprecedented influx of patients in the wake of a global pandemic, SMACNA contractors that specialize in negative airflow HVAC system installation and maintenance are in high demand. 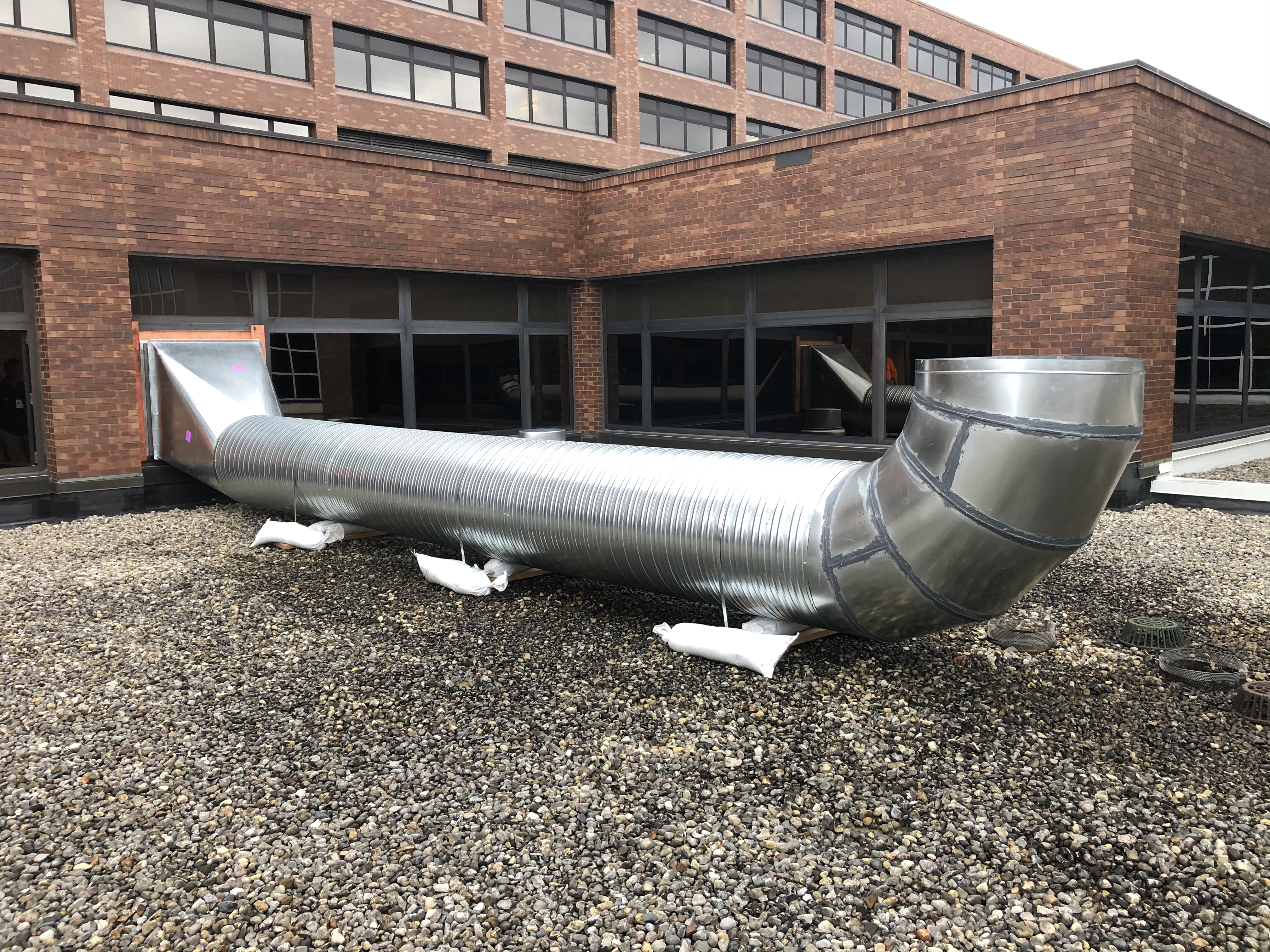 Mission Critical
As medical facilities deal with an unprecedented influx of patients in the wake of a global pandemic, SMACNA contractors that specialize in negative airflow HVAC system installation and maintenance are in high demand.

When an Indianapolis area hospital needed to quickly overhaul its HVAC system to maximize rooms for COVID-19 patients and prepare for the inevitable surge, they reached out to SMACNA contractor Poynter Sheet Metal. Employees at the Greenwood, Indiana-based company worked overnight fabricating and installing ductwork to meet the hospital’s emergency timetable.

And when the owners of a medical facility in Albuquerque, New Mexico, wanted to change the air pressure in some of the patient rooms to limit the spread of contagious viruses like COVID-19, they hired Energy Balance & Integration, another SMACNA contractor.

As the United States and much of the world works to stop the spread of coronavirus, an illness that currently has no vaccine or cure and only limited treatments, many hospitals are expanding operations and converting underused areas into patient rooms. In many cases, even after such efforts, demand for hospital beds still exceeds available supply. So local governments are transforming buildings such as hotels and convention centers into makeshift treatment centers.

But when dealing with a highly contagious, airborne pathogen such as coronavirus, installing patient areas is a lot more complicated than just placing beds and privacy curtains on a floor. In many cases, treatment facilities including units and sometimes whole floors must be placed under negative air pressure to prevent the spread of contaminants. Typically known as isolation rooms, the HVAC systems that serve these areas are designed to remove viruses and exhaust them outside while preventing the contamination of adjacent spaces.

That’s where the expertise of SMACNA contractors such as Poynter and testing and air balancing contractors like EB&I comes in. Companies that have extensive experience working in health care facilities and certifying the performance of the HVAC systems hospitals contain are finding their work in urgent demand. In fact, at a time when many states are forcing businesses to temporarily close to limit the spread of coronavirus, the work performed by SMACNA members with expertise in HVAC system testing, adjusting and balancing (TAB) has been deemed “essential” and therefore exempt from such regulations. In many cases, the work is absolutely vital.

Eli Howard, SMACNA’s executive director of technical services, said that with the years of specialized training they complete, it’s understandable that the association’s members are currently involved in so many important health care projects. “It’s critical to make sure that these facilities are up and operational and they’re able to be maintained from an HVAC standpoint during this pandemic,” said Howard.

Emergency Projects
Just ask Joseph Lansdell, the owner and president of Poynter Sheet Metal (and 2016–17 SMACNA president). His company has been on the frontlines of the Indianapolis area’s fight against COVID-19.

Poynter was recently brought in to install negative air spaces for COVID-19 patients at a local hospital after a water damage restoration company could not complete the project. Poynter, which works closely with a local testing and balancing contractor, had previous experience converting large sections of hospital facilities to negative air environments.

Since the Indianapolis area was seeing a surge in coronavirus cases at the time, the hospital needed the spaces converted to negative pressure as soon as possible. Poynter immediately brought in a crew, decked in personal protective equipment (PPE), to handle the project. They completed the work in a matter of days.

“We ended up fabricating ductwork and installing throughout the night to create the negative air space,” Lansdell said.

Despite the deadline-driven nature of hospital work in the current crisis, Lansdell said his company still tries to find the best solution for customers. That was the case when officials at the same hospital contacted Poynter a few days after its all-night work to install the negative airflow environments.

This time, officials said the hospital was at capacity and in need of even more negative air spaces. Their idea was to have Poynter install an extensive network of fans, eliminating some private and semi-private hospital rooms in the process.

Poynter officials told the hospital that wasn’t necessary. Because of Poynter’s lengthy track record doing hospital air pressure projects, the company said it had a solution that would be easier to install and work better.

“We said you could just sacrifice one room or one area and create the negative fan room out of it, and then run the duct over the top. And you have one filter that takes care of multiple rooms,” Lansdell said. “And so we ended up going back in the very next weekend and converting and expanding their negative air space.”

Increasing Demand
About 1,300 miles away, Anthony Kocurek, the owner of Energy Balance & Integration, is also seeing an increase in demand for his services. At a time when other businesses in New Mexico are shut down and furloughing workers, the Albuquerque company, like Poynter in Indiana, has also been deemed critical by state and local officials.

For Kocurek, it’s meant the slowdowns related to coronavirus affecting so many construction firms haven’t hit his TAB company, which counts a lot of the large hospitals in the region as among its clients.

“We’ve not really felt any kind of a hiccup so far,” Kocurek said. “In the last two weeks, our workload has really increased because of the work that they want to do in these hospitals. I’m probably going to be hiring a couple of apprentices because we’ve just been tagged to try to convert an old hospital here into an emergency isolation setup for COVID-19.”

Ventilation protocols designed to prevent disease spread don’t do much good if the HVAC systems necessary to ensure they’re being followed aren’t working properly — and that’s where EB&I comes in.

“We fine tune it so that the airflow values, the air changes in each of these rooms are what the engineers designed for,” Kocurek said.

Just like at Poynter, many of these coronavirus-related conversion projects that EB&I are involved in require employees to take precautions to prevent disease spread. While working while wearing protective gear is nothing new for EB&I employees, Kocurek said every facility is slightly different when it comes to the health and safety protocols hospital administrators want them to follow.

Kocurek said his employees are understandably worried about working in environments where there are known COVID cases, but no one has turned down any assignments.

“They have a heightened awareness of what’s going on,” he said. “They do a lot of communication with people at the hospital to ensure that we’re not crossing paths. All of the guys I’ve talked to are kind of excited about being able to do something positive and help out.”