At a time when many SMACNA members are not entering the residential market, these contractors say maintaining a homeowner-focused department is a smart business move. 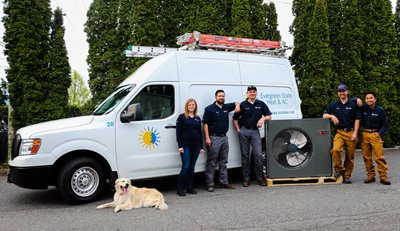 At a time when many SMACNA members are not entering the residential market, these contractors say maintaining a homeowner-focused department is a smart business move.

When asked what they think about residential HVAC work, a lot of SMACNA members express similar sentiments:

“Can’t compete with unlicensed people who have a van and a toolbox.”

With comments like these, it’s not surprising that many union contractors no longer have a residential sales and service department. It’s hard to explain to homeowners the value that a highly trained SMACNA member offers — especially when a non-union competitor is willing to do the same work for a lot less.

For some, like Scott Tucker of Tucker Heating & Air Conditioning in Middletown, Ohio, it’s the personalized service and competitive pricing that comes from having just a two-person operation. For others, such as Todd Geisler of Geisler Bros. Co. in Dubuque, Iowa, it’s having an almost 130-year-long reputation in the community that keeps customers coming back.

One thing these SMACNA members have in common: They have no plans to exit the residential heating and air-conditioning business. It’s a core part of their company’s brand identity. While it may not be as profitable as commercial or industrial HVAC, residential service does have some advantages, such as quick payment, these contractors say. Plus, it’s hard to beat the business impact of positive word-of-mouth, they add.

Here’s how — and why — three SMACNA members continue to feel at home offering residential services.

Scot (left) and Todd Geisler own Geisler Bros. Co., in Dubuque, Iowa. The 130-year-old contractor has been involved in residential HVAC services for decades.

For homeowners, that means “no surprises, fair rates, quality work, outstanding service and humility,” he says.

Kimball is fond of saying that his company performs basic services better than anyone else. Why focus on the basics? He says it’s loosely based on something that former Pittsburgh Steelers coach Chuck Noll once said: “Champions are champions not because they do anything extraordinary, but because they do the ordinary things better than anyone else.”

Through internet marketing and local advertising campaigns supported by brands such as Trane and Mitsubishi, Kimball positions the company’s employees as home energy experts. Evergreen stresses that its service technicians and sales staff consult with homeowners to find the right solutions.

“Our design process is driven by input,” Kimball says. “We ask a lot of questions.”

Armed with the information those conversations provide, Evergreen’s installers can put in a system that meets homeowners’ needs — and their budgets. 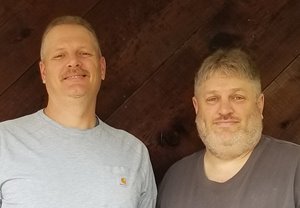 Rob (left) and Scott Tucker of Tucker Heating and Air Conditioning in Middletown, Ohio, say they like being a two-person residential HVAC service company.

Many homeowners are willing to pay more for the company’s straightforward approach, according to Todd Geisler. “A lot of customers sign with us based on how well we’ve done explaining the system to them,” he says. “We make them part of the process. We tell them what we’re doing, why we’re looking at this and explain everything to them. We give them a lot of options.”

Besides word-of-mouth from satisfied customers, the company supports the brand with newspaper and radio advertising, as well as targeted Facebook ads and other social media campaigns.

“My brother and I,” Tucker says. “We have an official motto: ‘When you call Tucker, you get a Tucker.’”

It keeps things busy, but Scott and his brother Rob like it that way.

“We just decided that we wanted to work and not manage people,” Scott Tucker says. “We make it work. It’s a little more hours when it’s hot and when it’s cold, but we don’t have to worry about laying people off or finding people.”

Tucker estimates that the company’s work is about 85 percent residential, with some light commercial thrown in.

“Residential is our bread and butter,” he says. “Because most of it you collect when you’re there. It’s quick money.”