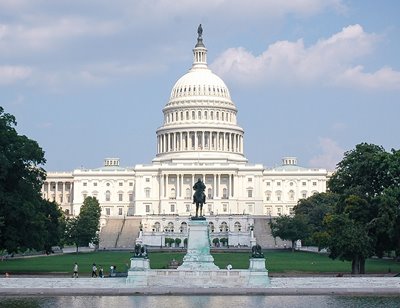 Senate appropriators said they probably will not mark up the FY2023 spending bills before the midterm elections; it is likely a continuing resolution will keep the federal government funded after Sept. 30th.

SMACNA Asks Congress to Pass Tax Extender Package
While incentives for clean energy and a tax break for companies’ R&D may be off the table for legislation this summer, Rep. Dan Kildee (D-MI), a leader on extending the bonus depreciation IRS Section 179 tax provision, announced there’s a commitment to have a large tax bill with reforms and extensions before the year’s out. Kildee is a leading member of the House Ways and Means Committee and a supporter of SMACNA-endorsed tax incentives for building retrofits. The panel’s top republican and the ranking republican on Ways and Means, Rep. Brady (R-TX), also expects his staff will begin working with the committee’s Democratic aides on a potential package.

A set of more bipartisan clean energy tax incentives could factor significantly into a year-end tax bill. If they don’t move beforehand, the tax incentives will serve as a motivating factor for a post-election deal. Without action, many incentives start to disappear. Benefits for wind power plants cut off for sites where construction began after Dec. 31, 2021, while investment tax credits for solar equipment start to phase down after this year. Tax credits for increasing home energy efficiency, building energy-efficient new homes, biofuel and alternative fuels like hydrogen or natural gas, along with their refueling property, also expired at the end of 2021. Biodiesel incentives fall off at the end of this year and bonus depreciation (Section 179) starts to phase down next year without permanent extension. There’s a history of GOP support for offering companies tax breaks on clean energy investments, especially enhancing R&D.

Nuclear Power Support Growing Fast In Congress
SMACNA has advocated for greater support for financing energy efficiency and emission-free nuclear energy for many decades, but only recently has a spike in Congressional interest been evident. This is in no small part due to the President’s long support for expanding nuclear power.  SMACNA continues to express support for S. 2373, The American Nuclear Infrastructure Act, introduced by Senator Barrasso (R-WY) with Senators Whitehouse (D-RI), Booker (NJ), Crapo (ID), and Moore-Capito (WV) as original co-sponsors. S. 2373 would modernize environmental permitting requirements to address the needs of new technologies. The bill identifies regulatory barriers that limit the safe deployment of new nuclear technologies. These new technologies are capable of radically reducing carbon emissions. SMACNA reminded Congress that it is time to boost safety measures while seeking to remove additional regulatory roadblocks for the next generation of nuclear reactors and preserve America's existing nuclear power plants by authorizing temporary, targeted financial credits to reactors at risk of closing. It would also help develop advanced fuels needed for high efficiency edge reactors and reduce construction costs to build advanced nuclear reactors. Importantly, the legislation would reauthorize critical training programs to bolster our skilled and specialized nuclear work force numbers.

PBGC Releases Special Financial Assistance Final Rule For Failing Multi-employer Pension Plans
In one of the last steps toward implementing the Special Financial Assistance (SFA) Program created by the American Rescue Plan Act, the PBGC released the final rule for deeply troubled plans receiving SFA funds. The final rule will allow 33 percent of SFA funds to be invested in "return seeking assets." The other 67 percent must be invested in investment grade, fixed income products.

For plans that receive SFA, the rule is designed to help ensure that SFA funds do not subsidize employer withdrawals by requiring plans to phase-in recognition of SFA funds for the purpose of computing employer withdrawal liability. It also clarifies conditions for plans that merge with a plan receiving SFA. Changes were also made to facilitate SFA calculations and preparation of application materials. The rule changes will apply to new applications and to plans that have already applied under the interim rule. Based on the changes, the PBGC revised the cost of the program down to $82.3 billion and indicated plans will be solvent through at least 2051. For more information, see the PBGC fact sheet at https://bit.ly/PBGCFactShee.

Plan trustees and administrators are advised to talk with PBGC if they think their plan may qualify. The National Pension Fund (NPF) is not eligible for SFA and only a very small subset of SMACNA local plans appear to be potentially eligible for SFA funds. SMACNA continues to advocate for multi-employer plan reform to benefit all construction industry defined benefit pension plans to avoid plan insolvencies.