As Congress has been working through its priorities and dealing with the ramifications of the Russian invasion of Ukraine, SMACNA has been active on the issues important to SMACNA contractors. 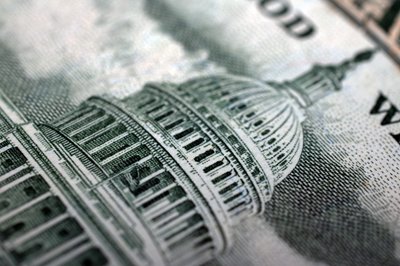 As Congress has been working through its priorities and dealing with the ramifications of the Russian invasion of Ukraine, SMACNA has been active on the issues important to SMACNA contractors.

The President Signs 2022 Funding Bill:  More Infrastructure Money Unlocked
SMACNA had been encouraging Congress, after months of politically complicated negotiations, to pass its fiscal year 2022 funding bill. This was important because, despite enactment of the critically important legislation, especially the $1.2 billion infrastructure bill, agencies were still restricted to only fund programs at their 2021 budget totals. On March 11, Congress passed, and the President signed, the $1.5 trillion omnibus spending bill. Although a fraction of the money was already flowing to projects, the new law unlocks billions of new dollars to fund new projects and grants for state transportation and public building departments requiring Congressional approval to go forward. SMACNA will continue to work on a long list of private sector energy efficiency retrofit tax provisions that were not included in the final spending bill but are expected to be considered before the end of the year.

SMACNA supports Department of Labor Efforts to Update the Davis-Bacon Regulations
The Department of Labor (DOL) posted its long-awaited reforms to substantially reform the Davis-Bacon Act rules for the first time in 40 years. DOL rules establish how the prevailing wages that contractors must pay on federal and federally assisted projects are determined.  SMACNA has been an advocate of rolling back the counterproductive and harmful changes to the regulations made by President Reagan in the 1980s undercutting union rates and contractor market shares. Once the rules are formally published, SMACNA will be submitting comments in support of a number of revised provisions in the newly proposed regulations.

The proposal would create far more wage survey activity to ensure wage rates could be updated more frequently. It would also provide broader authority for localities to adopt state or local wage determinations, making it simpler to use collective bargaining rates as the prevailing wage. Overall, the changes would update the regulatory language to better reflect modern construction practices, offer better enforcement, including debarment, and would establish anti-retaliation provisions for workers.

DOL’s Davis-Bacon rules have a far-reaching impact and apply to an estimated $217 billion in federal and federally assisted construction spending. It covers contracts with federal agencies that are more than $2,000 for construction, alteration or repair of public buildings or works.

In a related development, SMACNA’s Capitol Hill office escalated its effort to pushback on efforts to undermine or repeal the federal prevailing wage law by sending a letter to the full House and Senate opposing H.R. 2218, sponsored by Republican Representatives Good (Va.), Norman (S.C.), and Duncan (S.C.) and S. 805, sponsored by Sen. Lee (R-Utah), which would repeal the Davis-Bacon Act. The letter stresses the critical role prevailing wage standards play in maintaining a well-trained, highly productive construction workforce and emphasizes that productivity and quality of workmanship actually saves the government money.

Key facts behind SMACNA’s endorsement of the PLA Executive Order: