Players learn important skills on and off the ice. 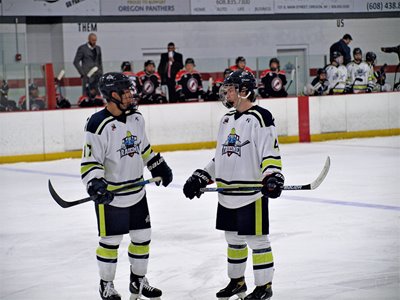 There is a small village south of Madison, Wisconsin, where the trades are celebrated every week. Hundreds of local residents fill the Oregon Ice Arena to cheer on their hometown hockey team, the Oregon Tradesmen. Fans also come out to show their admiration for the team’s namesake — local sheet metal/HVAC workers, carpenters, electricians and other tradesmen who are so important to the community.

“We wanted a junior team to call our own for a long time, so when the opportunity arose to purchase a franchise, we knew we had to develop a plan to make it something we would be proud of,” said Ben Cowan, who directs operations for the arena, and is the team’s vice-president. “The idea of giving 17- to 21-year-olds not only a great hockey experience but also teach them life skills was an important part to developing our vision. The trades play such a vital role in our country that we knew we had to pair our team with that industry.”

The idea to partner with trade-oriented businesses and organizations came soon after Cowan purchased the Oregon Ice Arena in 2018. He knew a lot of maintenance, repairs and renovations were necessary to make the arena more habitable. Facing what could have been an overwhelming amount of work and money, Cowan’s worries turned into gratitude. Hockey dads began offering their time and talents to help with the multitude of projects. In addition to their common interest in hockey, many of these ‘dads’ are union members of local trades organizations. 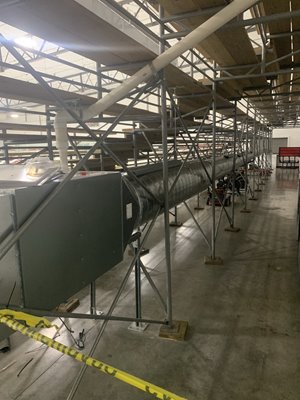 “I was in awe,” recalled Cowan. “We’ve built rooms, laid flooring, and we’re installing heat under the bleachers. Almost every trade has fixed or added to the facility.”Cowan and his partners were so impressed, they decided to name their new team the Oregon Tradesmen.

“The Tradesmen name is to represent the hard-working people in our community and give them their team to get behind and support,” Cowan explained. To add value to their new team’s name, Cowan broadened the ‘developmental’ component of the team to ensure his players were learning important skills on and off the ice.

Four days a week, Oregon Tradesmen players are up at 6 in the morning. Instead of lacing up their skates, these young men are heading out to job sites. Helping to update a local restaurant, working construction at a new apartment building, running wires for a local electrician, helping HVAC workers keep the chiller systems running, and many more trades projects. They work into the early afternoon, then trade in their tools and work boots for hockey skates and sticks.

Players spend 15 to 20 hours per week developing their hockey skills, then they are available to work for 20 to 25 hours in an environment that furthers their career capabilities.

Gunnar Shiffmann, a veteran player for the Tradesmen, appreciates the dual mission. “My family owns a construction company in Eagle River, Wisconsin, and I have been working since I was a little kid,” he said. “What the Tradesmen are doing here is awesome, and we have hired a couple of the guys to work for us in the summer.”

“We started the initiative because we appreciated the trades and the hard work of its members. We now have a bigger picture in mind knowing the importance these jobs play in the future development of our country,” Cowan said. “Without tradespeople, there will be no development.” 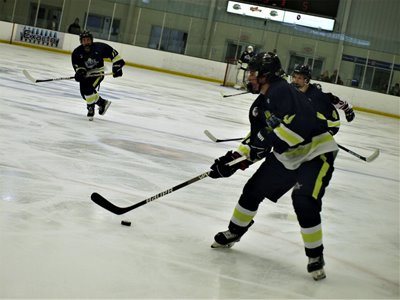 Seth Redalen is one of the hockey dads donating his skills to help the Oregon Tradesmen. “I skate there Sunday nights with my kids,” said Redalen, who works for SMACNA firm 1901 Inc., based in Madison. He’s helping install a heating system under the arena’s bleachers. “I just wanted to do something to make fans more comfortable.”

Cowan is working with a couple of schools to implement a pre-apprenticeship program that his players can attend in the evenings.

“Like everything else, the struggle has been finding qualified instructors willing to alter their schedules for the learning process of the program,” Cowan said.

“We all know that four-year college isn’t for everyone, and there is an extreme shortage of skilled workers in Wisconsin,” Cowan added. “We want our players to be ready for their next life step — whether it's college or a successful career in the trades.”

Cowan said an added benefit of the initiative is that hardworking men and women of the construction trades are great role models for his players.

“If in 2 to 4 years we have players that are now fully employed in the trades,” Cowan continued, “I’ll know we’ve been successful.”