Contractors Required to Negotiate Before Unilateral Change to Working Conditions

The NLRB found that a workplace rule change constituted a material, substantial, and significant change in employees’ terms and conditions of employment in violations of their rights under the NLRA. 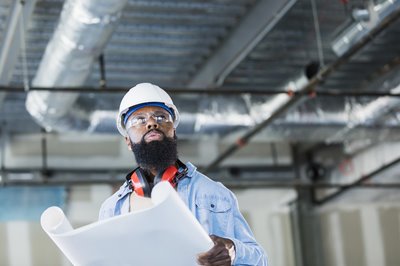 Collective Bargaining Agreements in our industry rarely cover contractor’s internal shop policies and procedures which is good because a-size-fits-all approach would not be workable.  However, that means that contractors may forget their obligation to bargain with the union before making changes to their policies that impact covered workers’ “terms and conditions of employment.”  As this recent case from the NLRB demonstrates, conditions of employment may extend to something as simple as use of space during breaks.

While here the dispute was likely triggered primarily by the fact that the union perceived the action as one directed at preventing the members from speaking to the union, any substantial change in policy effecting working conditions is something that may need to be disclosed to the union.  Contractors should talk that over with their chapter executive for assistance in deciding whether to inform the union of a change.  Whether the contractor brought it to the union’s attention or not, we recommend that if the union asks to meet about a change, that the contractor sit down with the union to discuss the matter.

A three-member panel of the NLRB found a waste collection provider in the Los Angeles metro area,  Arakelian Enterprises, Inc. d/b/a Athens Services, unlawfully refused to bargain with the union over a workplace rule change which prohibited employees from using the training room during breaks.

On August 2, 2018, a dispute arose between the Arakelian Enterprises and the Union over the use of the room by the Union's representatives. Arakelian Enterprises took issue with the fact that employees used the training room as a venue to meet with a union-represented worker who was employed by a competitor after managers had previously directed the Union not to bring unauthorized competitor employees on to the property. The judge in the original case found that the Arakelian Enterprises "reasonably believed that the union representatives were trespassing and otherwise refusing to comply with security and management directives." The following day, the managers locked the door to the training room and told employees that they could no longer take breaks there; going forward, the room would be used only for training and safety meetings and as a safe room in active shooter situations.

The judge in the case found that Arakelian Enterprises violated Section 8(a)(1) of the National Labor Relations Act by engaging in and creating an impression of surveillance on July 12, 2018, and by orally promulgating a rule on July 12, 2018, prohibiting employees at the Pacoima facility from speaking to union representatives off the property while wearing their uniforms. He also found that the Respondent violated Section 8(a)(5) by failing and refusing to bargain with the Union over the effects of its August 2018 decision to close the training room and prohibit employees from using it during their break periods. The judge dismissed the remaining allegations in the case.

The NLRB panel reversed the judge to find that the Respondent violated Section 8(a)(5) and (1) by failing to provide the Union with notice and an opportunity to bargain over its August 2018 decision to prohibit employees from using the training room during breaks.

The NLRB found that the rule change constituted a material, substantial, and significant change in employees’ terms and conditions of employment. As such, the action violated the employees’ rights under the NLRA.