Contractors Preview the Year to Come

SMACNA caught up with some of our members to discuss the year ahead for sheet metal and air conditioning contractors. Despite the volatility in the stock market and mounting concerns about the potential for a broader economic slowdown, participants expressed enthusiasm about some of their major projects and the outlooks for their sectors. 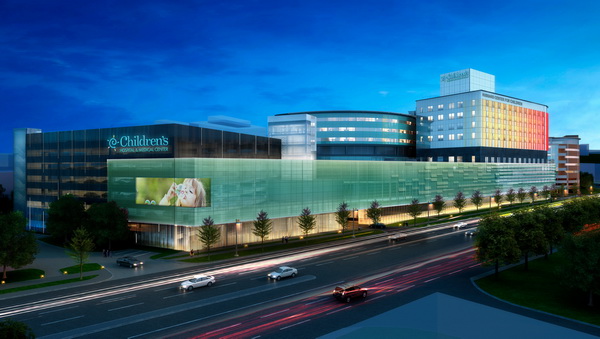 With the calendar now flipped to 2019, SMACNA caught up with some of our members to discuss the year ahead for sheet metal and air conditioning contractors. Despite the volatility in the stock market and mounting concerns about the potential for a broader economic slowdown, participants expressed enthusiasm about some of their major projects and the outlooks for their sectors. They also identified key trends to keep an eye on in the coming year.

The Waldinger Corporation is a mechanical, electrical, and sheet metal contractor based in Des Moines, Iowa. It also has offices in Wisconsin, Nebraska, Missouri and Kansas.

In our part of the world, the emphasis continues to be on fairly large infrastructure and health care facilities. One of our biggest projects is the Children's Hospital & Medical Center, a medical facility in Omaha, which is an integrated project delivery model. We have another project for one of the biggest hospitals in Des Moines, the initial stage of which is a central plant to serve new towers.

We are actively engaged in several mission-critical data center projects. We see several significant ones coming, so we're looking forward to expanding our footprint in the mission-critical area.

What I don't see is the same amount of federal, state, and regional government spending. My sense is that the state governments are challenged, budget-wise. The federal government has withdrawn some from large-scale spending in our part of the world.

I’m a little concerned that the cost to the customers has gone up as the availability of labor has gone down and the cost of labor and overtime has gone up. Growth of materials costs also have been accelerated. I have seen it in play in local markets where clients have said, “Wow, we're going to have to take a time out; that was not what we expected the price to be.”

We are very fortunate in Boston to have a robust construction market overall. That market is driven by building for prominent universities and colleges, as well as laboratory projects and office and residential high-rises.

We’re currently involved with a project for Sanofi in Framingham, Massachusetts. It is a laboratory and drug manufacturing facility. We’re also working on an office and laboratory building for one major university. Additionally, we’re working on the construction of a biolaboratory for another school.

The Seaport section of Boston is the most active area for development in the city, and it borders the financial district on one side and the harbor on the other side. There are substantial building projects for a variety of companies going on there. 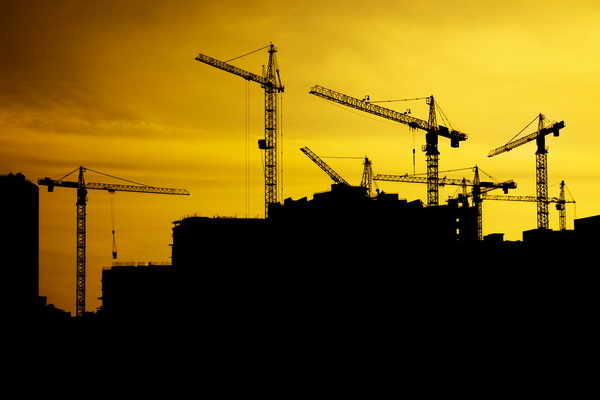 We are confident that 2019 will be a good year, and early indications for 2020 are that the market will continue to be strong.

The Brandt Companies offer full-service solutions as a single provider to large and complex asset construction and management projects across the state of Texas.

Trends in construction in Texas have been interesting because each market is so different.

In north Texas, we’re working on health care projects and large entertainment venues along with some high-rise, multi-use projects.

In Austin, we’re mainly doing “downtown-type” work: high-rises, hospitality projects, corporate headquarters and multifamily buildings. Apple has announced a substantial manufacturing facility in Austin, so I think Austin is going to continue to be very strong with high-tech work. That is going to continue to drive population growth and infrastructure.

San Antonio has seen more health care and data center building. Assuming that oil prices and energy prices don't continue to hold the Houston economy at bay, Houston is showing signs of picking up. I know there are a lot of health care projects being planned there now.

Overall in Texas, larger and larger hospitality and health care projects in suburban communities continue to be popular.

For sheet metal and air conditioning contractors as a whole, we really need to be pushing new delivery methods, early involvement, and more assistance in designing and building. I think those alternative delivery methods provide much better opportunities for profitable work, rather than the traditional design-and-build process.

In the Des Moines area, we have a lot of the mega-data center companies that are building new facilities and adding on to their existing data centers. I'd say we’re blessed and cursed with the influx of the data centers right now.

These data centers have created opportunities for our company as well as sheet metal and HVAC contractors. But they have also challenged the marketplace because of the labor pool resources that they’re eating up and the lack of infrastructure that is developed to support them.

You’ll build these large data centers, but they’re not employing many people, so you don’t have trail work behind them — housing, restaurants, movie theaters, et cetera.

In Michigan, we’ve seen a resurgence in hospital work and surgery centers. Hospital system McLaren Health Care has a number of projects coming out in 2019.

And believe it or not, Michigan voters passed a marijuana legalization law in our last election cycle. A number of growing facilities are being talked about now, and we're working on the design for some of them.

There has been a lot of good work available in Michigan, but it’s interesting in so far as bidding has been feast or famine at times. It’s going to be a busy year, but I do have some concerns about what the workload will be like for us in 2020 and 2021.

SMACNA Hawaii represents the management of signatory sheet metal contractors in labor relations, lobbying, public relations, and other activities to promote the industry.

With the U.S. military continuing its pivot to the Pacific and East Asia, spending from the Department of Defense will play a major role for our contractors in 2019. The DoD also plans to invest about $5 billion into its Pearl Harbor base over the next 20 years, so that will bring major work for our contractors.

Additionally, transit-oriented development continues to boom around the 20-mile rail system under construction in Oahu, so our contractors are benefiting from adaptive reuse and mixed-use projects.

One story I will be keeping an eye on this year is if local government’s recent commitment to streamline one of the longest-in-the-country permitting processes will bear fruit and it will help move more projects along. We will continue supporting the governor’s initiative to improve classroom environments for Hawaii children, who have experienced stifling temperatures, by retrofitting classrooms with air conditioners. Lastly, we’ll be watching to see how the global economy affects tourism and ultimately investment in resort redevelopment across the islands.

Holaday-Parks is one of the largest mechanical contracting companies in the Pacific Northwest.

The year 2019 looks like another good year for us. Seattle has had a booming market across different vertical markets, whether they be biotech or other technologies. Amazon, Google, Facebook are all bringing people here.

We’re working on a variety of different buildings across the city. One of our major projects in Seattle right now is 5th and Lenora, a 43-story residential building near downtown. Another is 800 Columbia, which includes 287 condos in 30 stories. In Bellevue, we’re working on the One88 development, a 21-story building with 143 condo units.

In terms of the work that we’re doing, the energy code is really driving a lot of the equipment that we’re installing. VRF air conditioning systems are very popular right now.

The Seattle market is still strong; however, there may not be as many new opportunities coming in as we have had in years past. Our outlook for 2019 is great.

We are working on the John Jeffries Hotel, which combines a new four-story building and a renovation to an existing one. We’re doing a sizable project for Shire Pharmaceuticals in Lexington, Massachusetts. We’re also in the final negotiations for a five-story renovation of building that has been gutted right across from the Millennium Tower in Boston.

Work on the HCA Medical Center in Plano, Texas, by the Brandt Companies is scheduled to be completed in the third quarter of 2019.

There does seem to be a lot of work out there — a lot of projects of various sizes going on. However, the competition in the Boston area is very intense. The general consensus is that there are a lot of cranes in the city, and we’re near full employment.

But if you polled the business owners and project executives I have spoken to, the market doesn’t seem to have come up commensurate to the amount of work that appears to be out there. I feel cautiously optimistic about the future. We’re looking for 10 to 12 percent growth in revenue this year over 2018.

My biggest concern, and it is one that I have heard expressed across the industry, is the ability to attract and retain qualified workers — training, the lack of specialized skills. We’re trying to get that in a headlock so we can jump out in front of it. We’re meeting with different universities and trade schools locally to provide a training ground for younger people to come in and jump into the trade from different aspects.