The economy’s prolonged strength has left Canadian sheet metal and air conditioning contractors working on major projects across the country in 2019. 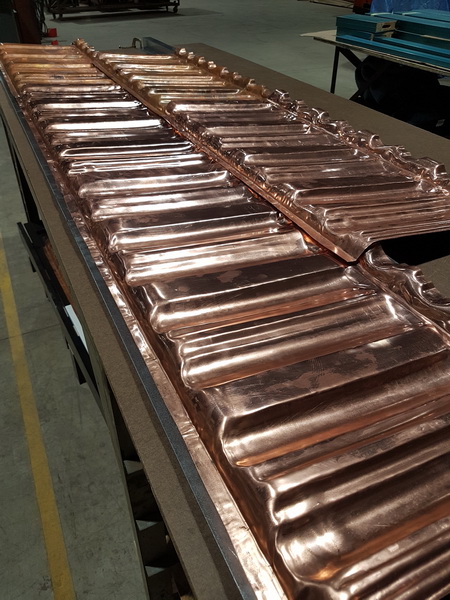 As would be expected for two major trading partners, Canada and the United States share similar economic outlooks for 2019.

Even though forecasters expect growth to slow next year, the consensus view is that our neighbors to the north will stay on solid financial footing for the rest of 2019. The broad-based expansion this year should keep business investment flowing in Canada, with jobs to boot.

The economy’s prolonged strength has left Canadian sheet metal and air conditioning contractors working on major projects across the country in 2019.

“This industry is in a rush to get these spaces built so that they can produce their product ASAP,” says Danny Dillon, Dilfo’s president and CEO.

Cannabis companies require custom-built HVAC systems for so-called growing and flowering rooms to cultivate their marijuana plants, as well as for production and manufacturing spaces. Dillon notes that the spaces have to be built to specific standards of air cleanliness. Furthermore, they must meet special filtration requirements set forth by Health Canada, the country’s department of public health.

Other major projects for Dilfo include working on the first of three phases in Ottawa’s new light rail transit system. According to Dillon, Dilfo is also engaged in multiple high-rise residential projects, consistent with a shift to building rental apartments over condominiums. 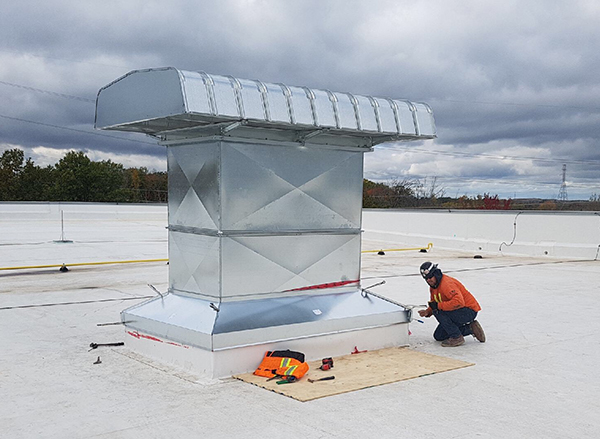 Dillon points out that while the cannabis industry and residential building activity have kept sheet metal and HVAC contractors like Dilfo busy, a pipeline of projects for the federal government should sustain the market in eastern Ontario going forward. The government currently plans to do $3.4 billion in renovation and rehabilitation work around the Parliament Hill area of Ottawa that is the seat of government in the Canadian capital. A new $2 billion hospital is also in the works, he says.

“In the immediate future, I foresee the market getting busier,” says Dillon, who speculates that sheet metal and HVAC contractors could soon face a labor shortage.

Out west in British Columbia, the residential building market is thriving, according to Jim Kapitza, president of Summit Sheet Metal Ltd. Summit, which is based outside of Vancouver, generates approximately three quarters of its business from the residential sector and the remaining 25 percent from commercial building. 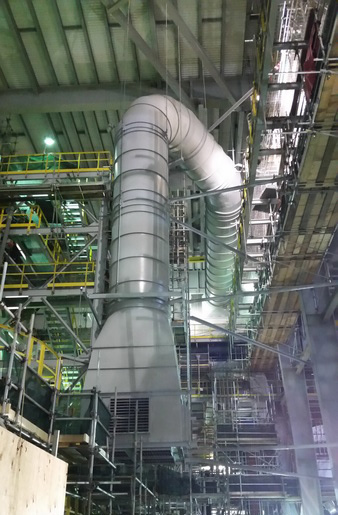 “The immediate future of multiple residential in the Lower Mainland seems to be quite positive – for the next couple of years anyway,” says Kapitza, who adds that a slew of “significant” projects in the region have yet to be released for tendering. In fact, as is the case in Ontario, the availability of workers in Summit’s target market could turn into an issue for the company.

“There is so much work out there now that the big problem going forward will be whether we all can secure enough skilled labor to satisfactorily complete these projects,” Kapitza says. “This will be a challenge for all involved in the construction industry.”

Looking ahead, affordable housing is one issue percolating in Vancouver and the surrounding area. “Investors have made housing in the city of Vancouver almost unaffordable for the average person,” Kapitza says. This could lead to some form of government intervention that would impact the ability of developers and investors to operate in the market, according to Kapitza.

Hamilton, Ontario-based Lancaster Group Inc. offers construction, sheet metal fabrication, and heating and cooling services all across Canada. President Blair Hubber cites ongoing government spending on infrastructure as a major influence on the market for contractors. Projects in the power industry and water treatment are major sources of work, for example. 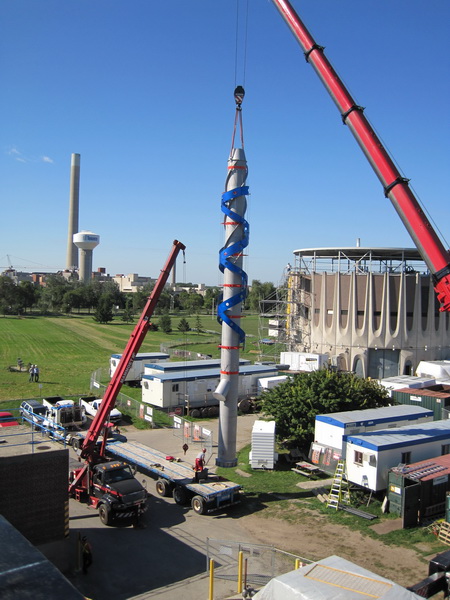 Hubber says projects in the mining sector have helped sustain the company recently, including potash mines in Saskatchewan. The flow of mining projects is starting to cool off, however. “I think a lot of mining companies are a bit tentative right now to spend and to start new capital projects,” he says.

In terms of major stories that bear watching in the Canadian market, Hubber notes that U.S. President Donald Trump’s tariff policies have infused trade relations between the two countries with a new degree of uncertainty. Meanwhile, Canada is holding federal elections in November that could signal new directions in public policy. Another key point on the calendar for contractors, according to Hubber: April 30, when the building trades union’s contract comes due in Ontario.

Although based in Ontario, Heather & Little Ltd. has done some of its most notable work in the United States. American landmarks such as the historic Thomas Jefferson Building at the Library of Congress in Washington, D.C. and Milwaukee City Hall feature the company’s sheet metal fabrication handiwork. 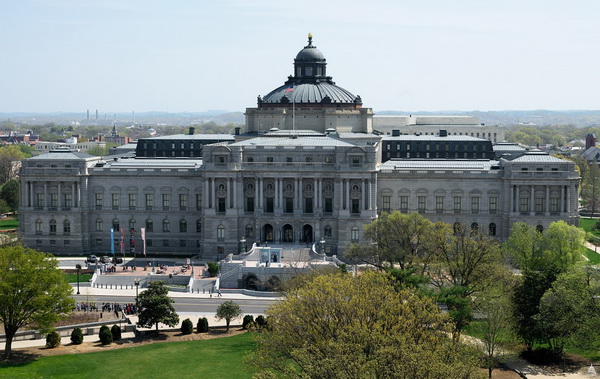 Heather & Little began doing sheet metal work for building restorations in 1925. Since then, the company has developed a reputation across North America for the quality of its craftsmanship. Mike Papania, Heather & Little’s executive vice president for operations, estimates that the company has received a North American Copper in Architecture Award in recognition of its use of architectural copper on a project for 10 years.

The nature of Heather & Little’s work requires ingenuity to replace pre-existing ornamentation and structures, according to Papania. The company’s employees typically work alongside masons to remove ornate metalwork and replicate it with new copperwork. 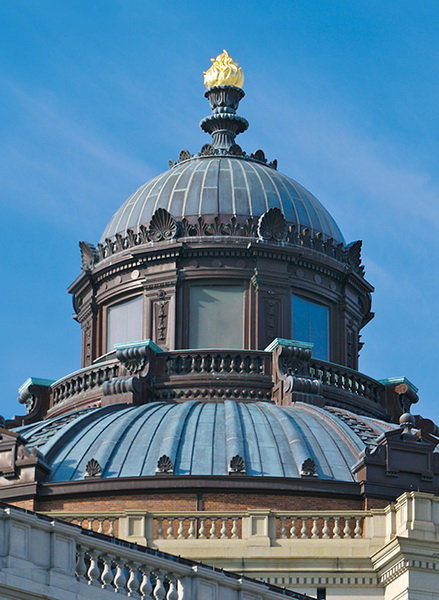 The ﬂame atop the Library of Congress’ Thomas Jefferson Building.

“What's really interesting about our trade is that every single job is different, so we have to figure out a different way of doing things for every single job,” Papania says. “We have a lot of experience in fabricating with metal. Honestly, we can make anything.”

Heather & Little is currently putting that spirit of ingenuity to work on restoring Vancouver’s Sun Tower, a notable landmark throughout the city. A dome covered in terracotta shingles sits atop the 270-foot structure. The company is tasked with replacing the terracotta shingles with new ones made of copper. The shingles are being reinstalled using seismic pads for protection in the event of earthquakes.

Heather & Little cultivates those problem-solving skills and appreciation for craftsmanship through a labor force that is heavy on homegrown talent. Apprentices go through five years of ductwork training before learning how to work with copper. The company typically employs between 50 and 60 people at a given time, and many apprentices end up spending their entire career there. Heather & Little employees remain in demand in the industry, though, according to Papania.

“Any employees who have served their time at Heather & Little can go and get a job at any sheet metal company in North America,” he says. “If they served their apprenticeship with us, companies can be assured that they know what they're doing.”