SMACNews toured the world of HVAC and sheet metal machinery speaking with representatives who work in Asia, South America, the Middle East, and Europe. 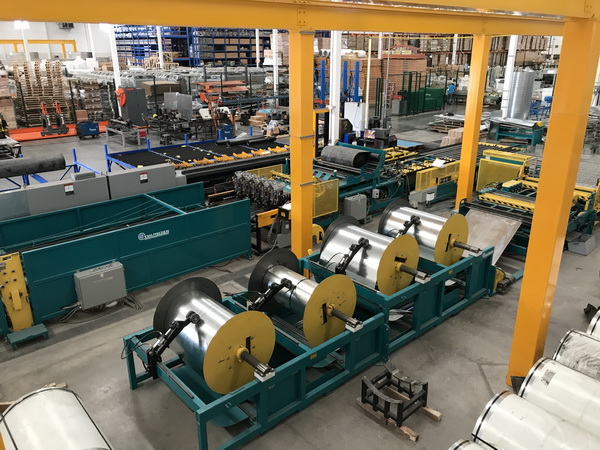 In Europe, HVAC regulations and practices vary due to the many different countries and cultures on the continent.

And in Japan, variable refrigerant flow designs are very popular, making up the majority of commercial HVAC systems.

Those are a few of the findings as SMACNews toured the world of HVAC and sheet metal machinery by speaking with representatives who work in Asia, South America, the Middle East, and Europe.

While each market has some differences and challenges, the representatives said most customers are very interested in new technologies that can make their jobs easier, their ductwork higher quality, or the buildings they own or manage more efficient.

The View from Japan: Still Growing 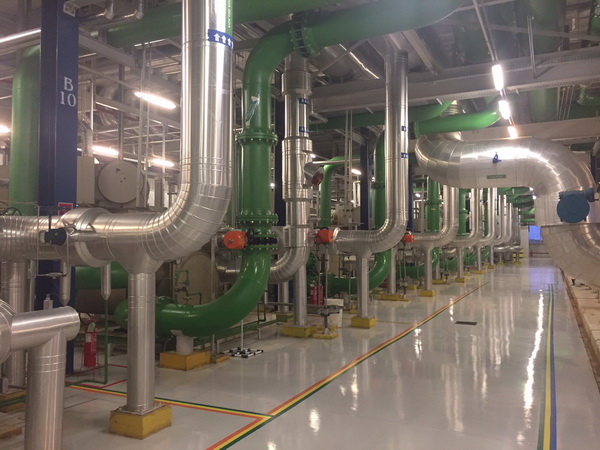 Hidetaka Nakane works for Daikin Industries Ltd.’s applied solutions division in Osaka, Japan. (Daikin Applied is a SMACNA Premier Partner.) He said two upcoming major events — the Tokyo Summer Olympics next year and a world expo in 2025 in Osaka are keeping HVAC contractors busy. Developments in the cities of Fukuoka and Sapporo are also progressing.

“We believe the Japanese HVAC market will still be growing for a while,” he said.

Many of the HVAC systems installed during the high-growth days of Japan’s economy of the 1980s are now in need of service as these 30-plus-year-old structures are renovated. This is putting a strain on some manufacturers, he added.

“Due to a large demand for HVAC equipment, many OEMs (original equipment manufacturers) struggle to manufacture and deliver products in a timely manner,” he said.

The relatively small size of Japan has meant that HVAC designers and contractors also have to be creative in designing and installing systems, he said.

“There are many restrictions for building space in Japan,” Nakane said. “So, it requires downsizing of equipment and making the most effective use of space possible. Also, the majority of energy sources are imported from overseas. Thus, there are strong needs for compactness and a high-energy efficiency for HVAC system.”

Government regulations dictate at which temperatures office thermostats can be set. In residential new construction, contractors have to install HVAC systems with ventilation designed to operate 24 hours a day.

Like in the U.S., the HVAC industry has problems attracting new workers, he said, calling it a “serious issue” that is causing some family-owned contracting businesses to close.

About 11,000 miles away from Japan, Formtek sales engineer Matthias Schmidt regularly travels to Russia and throughout Europe from his home in Sales, Switzerland. He has been involved in the HVAC industry since 1990. (Mestek is the parent company of Formtek and Mestek Machinery is a SMACNA Premier Partner.)

By having such a large territory Schmidt notes the economies of the countries he visits can vary widely. But overall, he considers Formtek’s sales in the region to be stable across all territories.

“In Europe, our HVAC ductwork customers are pretty busy and the economy has been very active lately,” he said. “We have been able to respond to the new trends in our sector, like the high efficiency air-leakage rating in ductwork and the straightness of rectangular ductwork by adapting our machinery technologies to meet these critical specifications which help reduce the loss of energy at every possible level.”

In general, the European HVAC market is highly regulated at all levels of government, he said, adding that in-home air conditioning is not that common. Most public buildings do have air conditioning, however.

“The European market is very different in each country, even though they all generally apply the European common standards, each still has its own local regulations,” Schmidt said. “The individual regulations can cover air leakage ratings, fire resistance, mechanical resistance, and the ductwork quality aspects including squareness and straightness. This means that we do have to adapt our machinery to meet these different requirements. This is only possible thanks to our very experienced and skilled engineering departments that we have at each of our machinery plants.”

In contrast, Schmidt said there are relatively few duct construction regulations in the former Soviet Union. “The Russian HVAC ductwork sector does not really have a global standard,” he said. “For example, a large customer in Russia, to whom we recently provided two complete sets of rectangular duct equipment in Novosibirsk and Yekaterinburg, indicated that he would welcome a standard in order to unify the ductwork specification and ultimately its quality.”

Like in Mexico, Schmidt said most ductwork in Europe is made locally — usually no more than 150 miles away from the jobsite — and trucked in, with transportation typically handled by the fabricating contractor.

Exceptionally big projects are an exception to the rule. “For larger projects, I have seen ductwork being shipped over a distance of 1,000 kilometers (621 miles) from Eastern Europe to Western Europe,” he added. “It does also happen that some machines are moved onto large job sites and ductwork is produced at the site, such as tunnel ductwork in the Alps.

In Russia, the duct is typically picked up by the installing contractor. “It is interesting to see that the expected function of ductwork for air movement is identical all over the world, but due to local regulations, climate conditions, labor and production costs, and usage, there are many different ways of making a very similar looking piece of duct,” Schmidt said.

Alex Trevino is vice president of international sales with the Formtek Group. He regularly travels from his home near Formtek’s Cleveland headquarters to sheet metal machinery customers in Latin America, Central America, Mexico, South America, and the Caribbean. Trevino said the value of international currency, local economies, and even the geopolitical world environment can affect sales of HVAC equipment in his territories.

For example, Mexico’s construction market slowed somewhat in the runup to the election of new President Andres Manuel Lopez Obrador, he said. But since the election last fall, the market has started to return to normal.

Monetary exchange rates can have a more lasting impact, Trevino pointed out. Mexico is a major market for Formtek machinery with several brands imported directly from the U.S. A stronger U.S. dollar can make purchases more expensive for contractors that get paid in local currency, as most do, he said. “They are very price-sensitive,” Trevino said.

One trend that Trevino said has not crossed the border is the use of fabrication-only contractors. “The people that make the duct in Mexico, they also install the duct,” he said. The smaller size of Mexico’s market makes fab-only unsustainable.

HVAC sales are handled differently in Mexico as well. Most contractors in Mexico, as well as Latin America, sell and install the complete HVAC system and represent multiple HVAC brands, such as York and Carrier.

Like in the U.S., there are many small, independent sheet metal shops as well as a handful of large ones. The smaller shops are more likely to perform duct fabrication manually instead of using high-efficiency equipment. And they’re less likely to follow duct construction standards like those published by SMACNA.

But for the large shops that do use coil lines, plasma tables, corner-insertion machines and other modern equipment, SMACNA’s publications are close by, Trevino said. “That's their bible,” he said. “They will not produce any duct that does not comply with SMACNA.”

Market Bouncing Back in Brazil 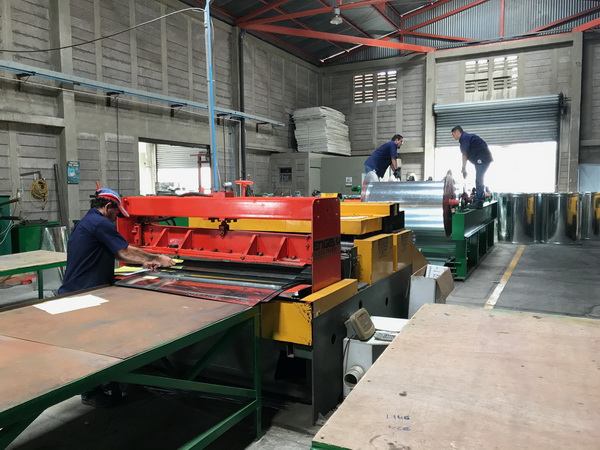 According to Luciano Marcato, Daikin Applied’s national sales manager in the country, the crisis hit the HVAC construction industry very hard, but the sector should see solid growth for the next few years — at least in demand for air conditioning.

As a largely tropical country, there is little interest in the “H” (heating) of HVAC, Marcato said.

“(The) HVAC market is divided in two main divisions: the residential portion that is mainly covered by ductless systems such as window units and split systems, with rare VRF (equipment) for high-end applications.”

“This portion is responsible for more than 85 percent of market size,” Marcato said. “The remaining portion is the one that includes all commercial and industrial applications with central air conditioning systems. Roughly, it’s divided by three main types of equipment — unitary DX systems (which contains all components in a single unit) on the low end, VRF systems, and chilled water systems.” 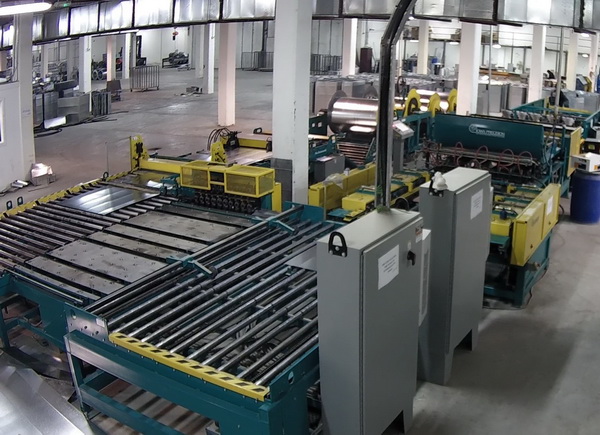 SMACNA’s duct construction guidelines are also well-regarded in much of the Middle East, according to Jeffrey Carson, a Toronto-based Formtek sales vice president who regularly travels to Kuwait, Australia, Vietnam, and much of the rest of Asia.

“SMACNA standards are becoming more and more of a requirement for international markets,” Carson said. “It’s a sign that the sheet metal markets in these regions are maturing,” he said. “As markets get larger, local developers tend to want the ductwork manufactured in accordance with industry standards for their projects.”

Major contractors in places such as Kuwait and Saudi Arabia are investing in large coil lines that can make duct sections in as little as 40 seconds and that also place insulation liner on the interior of the duct — a major change for a region that has historically put insulation on the outside of ductwork.

“That’s kind of groundbreaking for them,” Carson said.