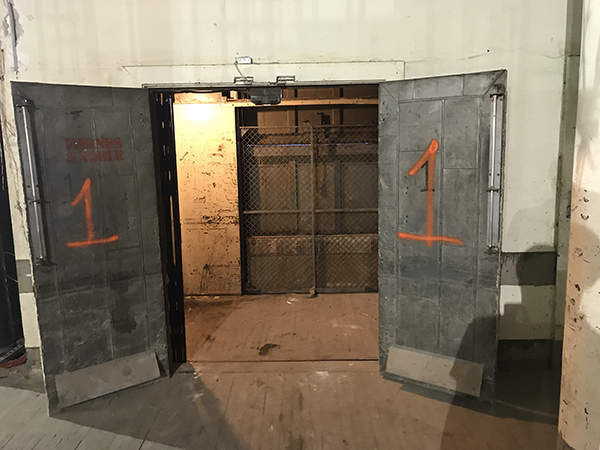 Because of logistical difficulties with the more than 100-year-old building, most of the 20,000 pounds of the metal used in the project had to be prefabricated and moved through the building’s original elevators.

Boston’s historic Downtown Crossing shopping district took a hard hit in the recession. “Some historic businesses closed, and the former location of Filene’s Basement was an open pit for a long time,” says Sean O’Keefe, project manager for Boston-based HVAC and sheet metal contractor JEC Service Company. “Now the city is making a huge effort to revamp the area. It’s going to be beautiful.”

JEC is playing a part in the revitalization effort with the renovation of a six-story building at 399 Washington Street. The three lower stories will offer retail space; the upper floors will be modern offices. 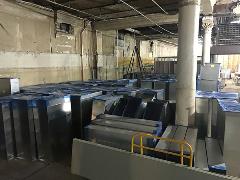 “The owners are fitting out the fourth floor as a demo to show potential tenants,” O’Keefe explains. “We’ll have wide walls, exposed ductwork and VRF units to show that the offices could be customized to fit any taste.”

JEC started the full-gut demolition in 2017. Because the building is more than a hundred years old, they found existing structures as they opened up the walls. JEC installed temporary heat and helped to price early designs. Last year, the company used Revit to provide a full set of prints, and a five-person team is installing the risers this summer. 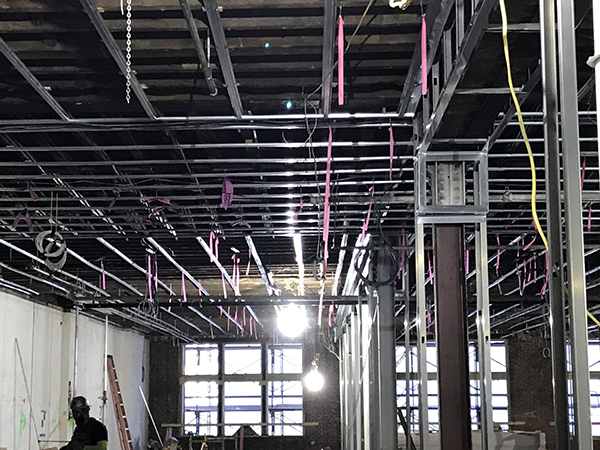 Five of the floors will have a Chicago-style ceiling. The tracks for the sheetrock are perpendicular to the original wooden joists and two or three inches below them. This system leaves a three-inch gap between the ceiling and the sheetrock, which complicates HVAC installation.

“It would take too long to install the hangers through the sheetrock and the gap before reaching the actual ceiling joists,” O’Keefe explains. “We had to place the hangers before the sheetrock could go in. The fire sprinkler and electrical systems went in with the hangers, and sheetrock is ongoing, so we are coordinating with multiple trades on site.”

Meanwhile, the Boston subway system presents another complication. Lifting the 26-ton rooftop unit to the top of the building requires cranes.

“We have narrow cobblestone streets here, and the subway runs nearby, which means the permit application process is very rigorous,” says O’Keefe. “The city required us to schedule the cranes six months ahead of time and to involve engineers. We won’t be allowed to lift until October.”

The project will use about 20,000 pounds of sheet metal. To minimize crane use, JEC is moving most of the metal through the building’s original elevators. “We prefab small sections in the shop, package them into units that we can fit into these tiny, old elevators and ship them out by floor,” O’Keefe says.

JEC is installing supply and return risers on all floors to provide outside air throughout the building. “The 10,000-CFM fan will exhaust humid air from the main building, and our normal heating and cooling processes will dehumidify our incoming supply,” O’Keefe says.

In addition, there will be dedicated 6,000-CFM supply and exhaust fans for a transformer vault in the basement. “Basements without proper ventilation can grow dangerous molds. The National Grid power company is locating a transformer station in the building basement, and the electrical equipment requires good air quality.”

Even moving materials from the shop to the site is a challenge.

“Boston is served by narrow, winding cobblestone streets and alleys. No roads are straight, and some sections of town are closed to vehicular traffic,” O’Keefe says. “We’re working to bring modern comforts to this project while we preserve the historic charm of the shopping district.”