Contractor Holaday-Parks, Inc. is providing full mechanical services for a high-end residential building in the heart of Bellevue, WA. 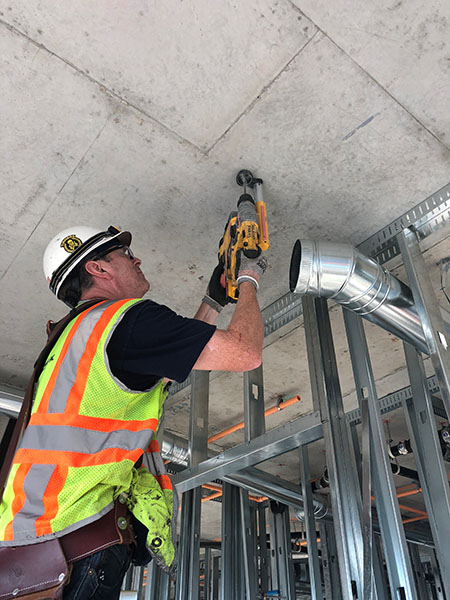 Contractor Holaday-Parks, Inc. is providing full mechanical services for a high-end, 21-story residential building under construction by Bosa Development in the heart of Seattle suburb Bellevue, Wash. The One88 development features 147 residen-tial units; 20,860 feet of retail space on the ground level; two levels of above grade parking for retail customers and visitors; and two levels of below grade parking.

Project manager Josh Jessup notes that even though One88 is similar to many projects Holaday-Parks has done before, the building has unique features.

“The building has some fun, different things, like a golf simulator, that not every high-rise has,” Jessup says.

The building’s unique architecture also impacts Holaday-Parks’ work on the project, according to Jessup. “Some of the elements take more thought in design to make sure that everything’s going to flow together nicely and work with the different angles and architectural design,” he says.

The scope of the project for Holaday-Parks includes designing the building’s mechanical and plumbing systems and coordinating virtual design. The contractor is also handling the prefabrication and installation of the building’s HVAC systems, piping and plumbing. 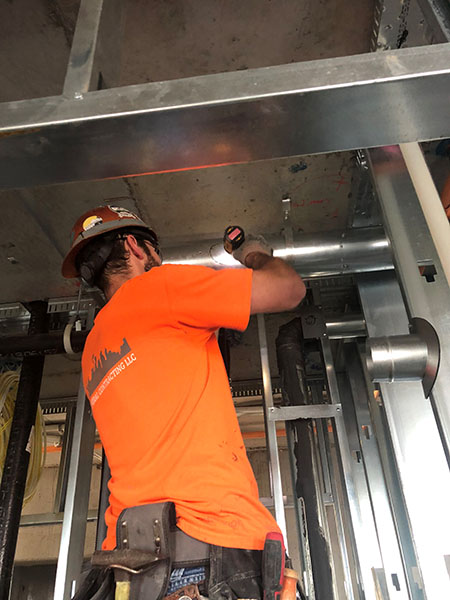 The building’s mechanical room houses most of the plumbing, including expansion tanks, pot feeders and boilers. Holaday-Parks installed eight industrial fans on the roof, along with Mitsubishi variable refrigerant fan units and piping to feed the individual units in One88.

The on-site team reached upwards of 30 workers at the peak of installation, and Jessup says their work on One88 should be done in February 2020. The Holaday-Parks prefabrication shop also has stayed busy working on the building’s piping and plumbing systems. “The shop’s a more controlled environment, and it’s nice to have a good shop that can send good stuff out to the field,” Jessup says.

Working with Bosa Development has proven to be a unique experience for Holaday-Parks, according to Jessup. He points out that Bosa is a “one-stop shop.”

“Normally there’s a general contractor, and then there’s a separate owner,” Jessup says.

Jessup says he appreciates the time savings and clarity that comes from the arrangement with Bosa. “We’re able to work together as a team and to work efficiently out in the field because we can get answers much quicker than if we had to send seven different emails to seven different people. That does set this project apart because everything’s in house,” he says.

Jessup cites the location as another exciting element of the project.

“Bellevue’s booming, and Amazon’s moving to Bellevue. And all these different tech companies are in Bellevue. It’s the central hub now for a lot of people, and we’re right in the heart of it, building a massive tower that’s architecturally going to look amazing. It’s fun to be right in the middle of the newest, hippest thing.”