Vidimos, Inc., a heavy-gauge steel and ductwork fabrication contractor, was hired by Cargill to replace part of a 170-foot-long, 30-year-old conveyor that transports up to 90,000 bushels of grain per hour. 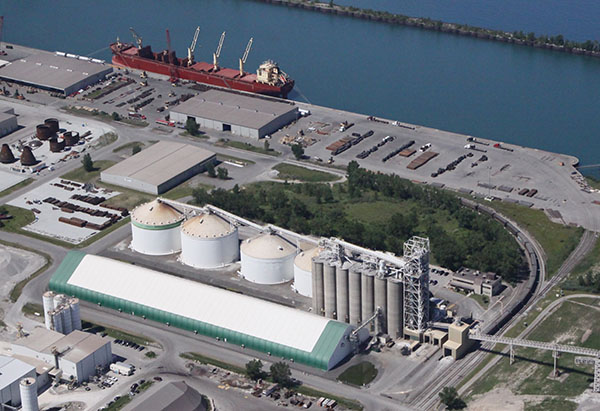 SMACNA member Vidimos was hired by Cargill to replace part of a 170-foot-long conveyor at the facility on Lake Michigan and designed a chute that works similar to a common zipper.

Cargill may not be a household name, but if you’ve ever ordered an Egg McMuffin from McDonald’s or consumed any other meat or processed foods, there’s a good chance it included an ingredient supplied by Cargill.

SMACNA member Vidimos Inc. of East Chicago, Ind., has counted the agricultural giant as among its clients for more than 30 years, having worked on several of the company’s plants in northwest Indiana and the Chicago area. Cargill officials say Vidimos’ craftsmanship is top-notch and the company appreciates its commitment to safety.

Scott Vidimos, the president of Vidimos Inc., says his company is a perfect fit for Cargill projects.

“We are well-suited to support Cargill due to our close proximity to the plants, the experience our people have working at the plants, and our safe work practices,” he said. 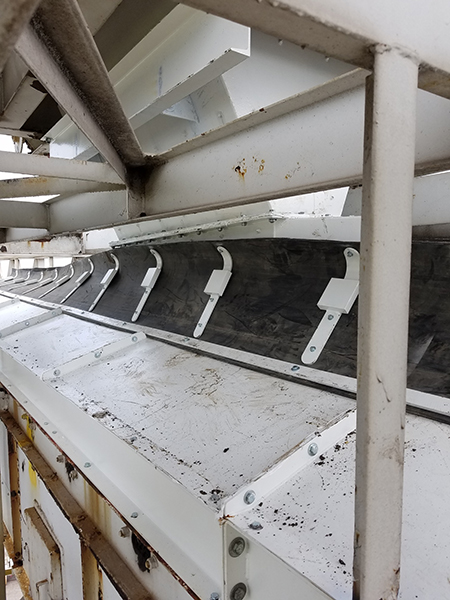 Recently, the heavy-gauge steel and ductwork fabrication contractor was hired by Cargill to replace part of a 170-foot-long, 30-year-old conveyor that transports up to 90,000 bushels of grain per hour from the company’s facility located at the Port of Indiana on Lake Michigan to another conveyor that loads the grain onto cargo ships. A unique feature of the conveyor was that it rotates around and traverses the facility during its operation.

The conveyor’s casing had deteriorated, and repairs were needed. Additionally, the sealing mechanism in the 45-foot loading area of the conveyor was not operating as originally designed, creating the potential for grain to become exposed to the Lake Michigan elements. Adding to the challenge, the entire mechanism sat 60 feet above the ground. 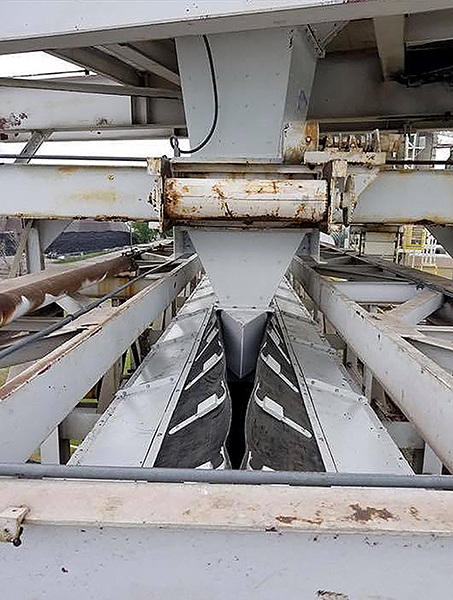 Vidimos was tasked with fabricating a solution. It is experienced handling such projects, having previously worked on an indoor conveyor system that was used by a power plant to load coal into bunkers, as well as other Cargill plant projects.

For this job, Vidimos workers had to design, make and install the conveyor-feeding chute while ensuring that it still had the ability to receive grain loaded from anywhere in the 45-foot section where the roof was being replaced.

The solution they devised would be a cover that acted like a sealing zipper, with the conveyor moving back and forth under the chute.

“Part of the top was a counterweighted rubber seal, which parted when it encountered the chute,” Vidimos explained.

A custom-made pointed bull-nose design on the chute opens the flap as the conveyor belt runs and also allows it to close. Like a boat moving through the water, the chute made by Vidimos — working off conceptual designs provided by Cargill plant manager Ryan McCoy — has tapered “up-stream” and “downstream” sides to push the split rubber cover apart while sealing it against the chute on the opposite side. It works in a fashion similar to a common zipper.

Vidimos workers also replaced the bottom and portions of the sides of the 170-foot conveyor with an abrasion-resistant steel plate they fabricated. New roof sections were put on the portions of the conveyor’s top outside the loading areas.