SMACNA Members Reach Out to Recruit Talent into Industry

From promoting careers on social media to holding open houses, SMACNA members are trying many different ways to attract people to a career in the HVAC and sheet metal industry. 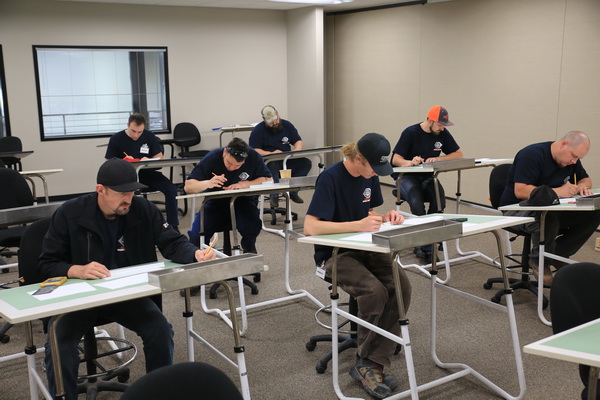 ITI apprentices training in the classroom.

From promoting careers on social media to holding shop open houses to exhibiting at minority job fairs, SMACNA members say they are willing to try many different ways to attract people to a career in the HVAC and sheet metal industry.

For many members, the combination of a tight job market and the near-death of vocational training in public education has made finding workers exceptionally difficult. It’s not enough, they say, to offer good pay and benefits if people don’t know that your industry exists as a career choice.

The problem has been building for decades, many observers say. As shop classes dropped out of high school curriculums, educators told many students that a four-year college degree was the only way to guarantee a decent living. Now, some college graduates find themselves saddled with tuition debt and degrees that won’t offer the career path or income potential to pay off the debts.

Meanwhile, the HVAC industry is facing a looming crisis of need, according to several reports. A 2015 study by the HVACR Workforce Development Foundation predicted that the industry will need an additional 115,000 workers by 2022 to meet demand. But for many contractors, the worker shortage is no longer “looming” — it’s here now.

Just ask Tom Martin Jr., president of mechanical contractor T.H. Martin Inc. and the president of the SMACNA Cleveland chapter. “It’s been a struggle,” Martin said. “Everybody’s in the same predicament — the plumbers, the electricians and carpenters, the bricklayers.”

Martin recently talked about the opportunities the industry offers as a keynote speaker at the 2019 Construction Opportunity Fair in Cleveland. The February event, sponsored by the Northeast Ohio Hispanic Chamber of Commerce and the Hispanic Business Center, brought together industry representatives and potential employees to promote construction careers.

“I spoke on all the great things that being a union sheet metal worker can provide — the fabrication, installation, architectural roofing, service technicians, balancing and commissioning,” Martin said. “We stressed that they’re getting paid to be educated by us. We’re paying them good wages and good benefits, plus they’re learning a craft.”

Veterans Have the Skills 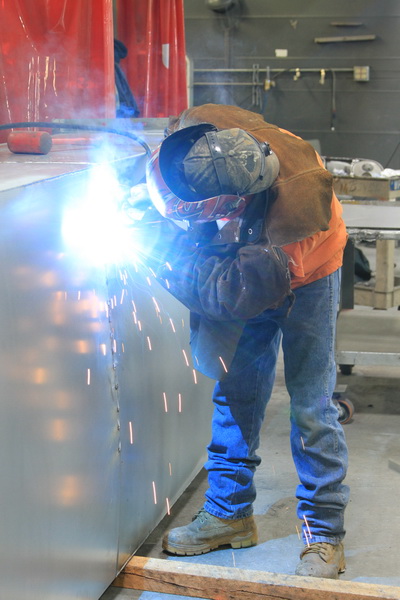 Another recruiting effort where Martin said his company has had some success is through the Helmets to Hardhats program, which promotes careers in building trades such as sheet metal and HVAC to military veterans by allowing them to waive some of the prequalifications to enter apprenticeship programs.

A recent study by The Association of Union Constructors (TAUC) and the Construction Labor Research Council (CLRC) said the labor shortage is getting critical for many contractors. The groups reported in the 2018 Union Craft Labor Supply Study survey that 52 percent of respondents in the sheet metal industry said they were facing a labor shortage. And 13 percent characterized the shortage as “large.”

As part of an effort to change similar stereotypes, Duncan said her company has hosted career days aimed at students ranging from as young as junior high to those in high school and attending community college.

“Anytime there’s an opportunity to go into a kid’s mind at the junior high level, and if it’s a career day, we take advantage of that,” she said. “The options are so broad in what we can do, ranging from working in a shop and in the field, to building and installing ductwork, architectural metal, hand railings and even laser artwork. The prospects are endless yet they don’t even know what the sheet metal trade is 90 percent of the time,” Duncan added.

Taking a Step Up

And in Colorado, the state’s SMACNA chapter is actively involved in the Skilled Trades Education Program (STEP). The state-funded initiative seeks to attract students to union jobs in the building trades through pre-apprenticeship education. Nathan Cooper, SMACNA Colorado’s executive director, said the program works with recruiters to expose people to the construction industry and gives them a chance to learn about trades such as plumbing, electrical work and HVAC.

“One of our instructors led the sheet metal part of the program — a couple of nights’ overview of what a sheet metal worker does, what kind of tools we use, and what kind of equipment is used on the job,” he said. “We took them out and walked them through a basic shop project so they had something they could take home.”

As part of their duties, the instructors are looking for people who show a particular interest in sheet metal. Cooper said 283 people enrolled and 190 finished the program.

All of it is aimed at boosting the visibility of an under-the-radar industry, said General Sheet Metal’s Carol Duncan.

“It's trying to educate people about the trades,” she said. 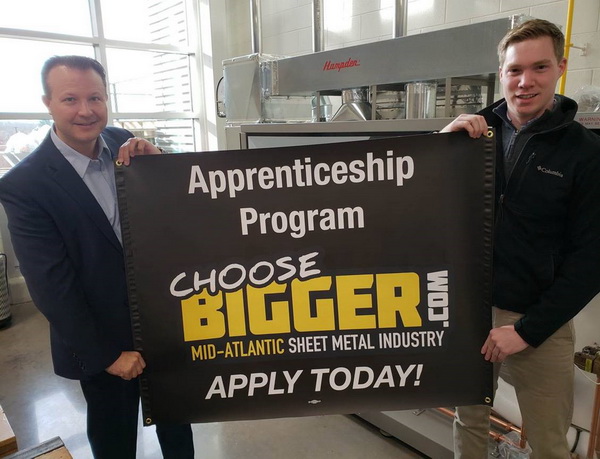 SMACNA Mid-Atlantic has been reaching out to recruit students at high schools like the Edison School of Technology in Montgomery County, Maryland, the Phelps School in Washington, D.C., and many others. The chapter has also set up internship programs and tours with area SMACNA sheet metal firms like Southland Industries, Stromberg Metals, ADJ Sheet Metal, and W.E. Bowers to give students a feel for the industry.

“Students see first-hand what work looks like and meet company owners and top management people who have started as apprentices and worked their way up the ladder  It also shows them that they have unlimited potential. They have an opportunity to achieve the American dream and reach for the stars,” said Bernie Brill, chapter executive of SMACNA Mid-Atlantic.

The Mid-Atlantic chapter recently received a $25,000 grant from Maryland’s Labor Department to establish an 8 to 12 week program for 20 upcoming high school graduates preparing to enter the SMART Local 100 Apprenticeship Program.

Both the SMACNA Mid-Atlantic and SMACCA Milwaukee chapters have fortified their youth recruitment initiatives by launching “Choose Bigger” campaigns. Partnering with the local unions, the program promotes opportunities in sheet metal careers through videos, social media and testimonials aimed at students, parents and school counselors.

Bohacek began SMACCA Milwaukee’s Youth Apprenticeship Program two years ago with five high school students. This year, it expanded to 50 students from 10 high schools to interview for internships for the 2019-2020 school year. The program is part of Wisconsin’s School to Work initiative. This year, the program has grown to other trades: sheet metal, electrical, plumbing and fitters.

The students will become part-time interns with five SMACNA contractors during the summer and school year. They will receive credit for the internships and at the same time, study required construction-related courses in school, like a co-op program. “The school provides the curriculum and we provide the hands-on training,” Bohacek said.

Just this week, students took part in 15-minute interviews with potential employers. “The students and parents are excited about the opportunities,” Bohacek said. “It’s no longer seen as an alternative to college, but rather a parallel path.”