This feature showcases a select group of SMACNA contractors who are making a difference and having a positive impact in their local areas, whether through innovation, engagement or expansion. 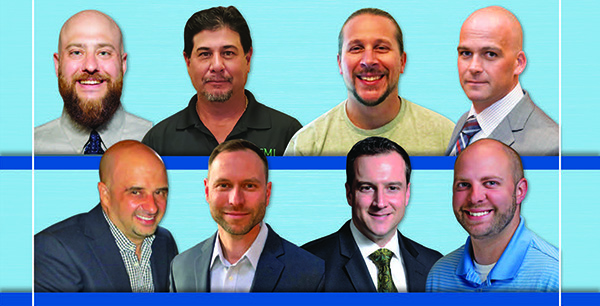 SMACNA is fortunate enough to count many of the most successful contractors in the industry among its membership. And all SMACNA contractors, no matter their size or success in their market, are known for their professionalism, skills, knowledge and the quality of their work.

This feature is dedicated to showcasing a select group of SMACNA contractors who are making a difference and having a positive impact in their local areas, whether it is through innovation, engagement or expansion.

Chapter executives recently shared their observations with SMACNA National and the following contractors were selected. From introducing young people to the industry to investing in new technology, they stand apart in a crowded field. 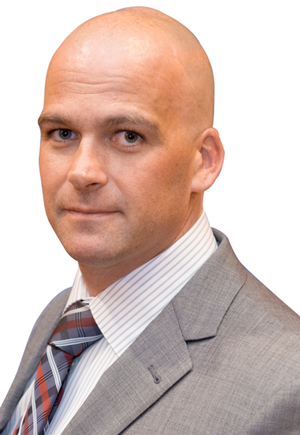 Employee-owned California Sheet Metal in El Cajon, California, has carved a niche in the competitive San Diego architectural sheet metal market. In a sector dominated by HVAC companies and non-union architectural firms, they have found success stressing training and technology to demonstrate its prowess.

Linda Baxter-Jennings, SMACNA of San Diego’s executive vice president, credits Mark Austgen, the president and CEO of the company for its success.

“Mark makes it a point to understand all aspects of the company and takes the time to educate himself so when it comes to working with managers and staff he has a good grasp on what they are dealing with on a daily basis,” Jennings says.

“Mark is high-energy and focused on the success of his employees. He’s always willing to listen and to offer support and training for his employees. Mark has made it clear that part of his success is to see every individual under his management also succeed,” she adds.

That focus has paid off: CSM has worked on high profile projects, including pet supply Petco’s headquarters and the Westfield UTC, a 1 million-square-foot outdoor shopping complex.

Austgen credits his “amazing team of people” and the fact that the company is 100 percent employee owned for its success.

“We have a diverse skill set of highly technical craftsmen, seasoned managers and department leaders,” Austgen says. “The company takes care of the employees, which is why we have many 20-, 30-, and even 40-year veterans of the organization.”

To see the shop in action, look on SMACNA.org for a Contractor Spotlight video coming in June 2019. 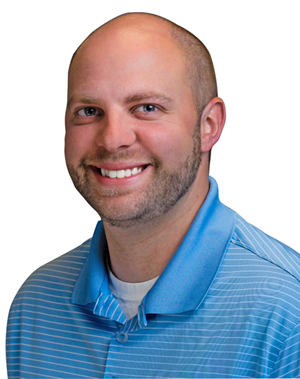 From the $135 million, 34-story Lumen at Playhouse Square apartment tower to the Flats at East Bank Apartments in downtown Cleveland, SMACNA member Geauga Mechanical Co. has been involved in some of the region’s recent high-profile multifamily residential developments. And much of the credit goes to the company’s 35-year-old president, Craig Berman.

Geauga Mechanical’s service department is completely paperless with all technicians carrying Apple iPads to track the progress of projects. The latest in coordination software, such as Autodesk’s Navisworks and Revit are used, and layout work is done in 3D thanks to a Trimble robotic total station.

Berman is tackling the industry’s worker shortage by opening his shop in Chardon, Ohio, to eighth-grade students to introduce them to building trades careers. Within the next few years, Berman says he hopes that his work will start paying dividends.

“I hope that we have been able to get young people interested in the building trades and have begun developing a new generation of sheet metal workers,” he says. 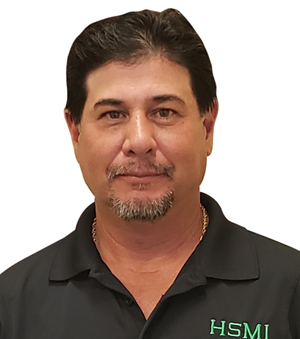 The aloha spirit of deep care and respect is demonstrated by Hawaii Sheetmetal and Mechanical and especially its president, Brian Ninomoto. The Hilo, Hawaii-based company has established a reputation for top-notch service and craftsmanship, according to Blake Parsons, the executive director of SMACNA’s Hawaii chapter. The company also took first place in SMACNA’s recent annual safety competition for its man-hours category.

In addition to starting and running his own sheet metal company in a rural section of the state, Ninomoto is active in the business community, currently serving as president of the Hawaii Island Contractors Association.

As an owner who started as an apprentice, Ninomoto has remained a hands-on executive, Parsons says.

“He isn’t afraid to get his hands dirty and would never ask an employee to do something he wouldn’t do himself,” he adds. “He treats his employees and customers like family.” 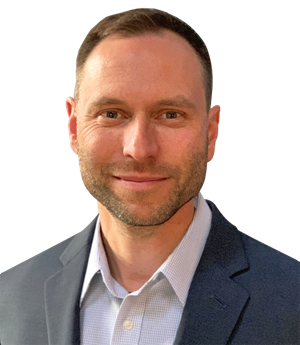 High quality and prompt service are hallmarks of CMC Sheet Metal in Capitol Heights, Maryland. The more than 40-year-old company has worked on projects throughout the metropolitan Washington, D.C., area, from government buildings to retail facilities and universities.

Geoff Parks, the vice president of construction at CMC Sheet Metal, is not only active with his firm, but he volunteers to serve on a number of SMACNA’s committees, including those dealing with the chapter’s pension, vacation and health funds. Bernie Brill, the executive director of SMACNA’s Mid-Atlantic Chapter, says Parks has earned the respect of his peers, despite only being in his early 40s.

“Geoff sees the opportunity to try to get involved and make a difference in the industry,” Brill says. “He understands the value of building a coalition and building a consensus among members to move the industry forward.” 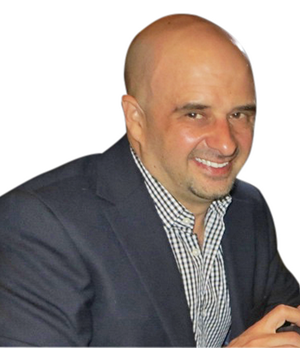 From health care to military and university projects, Colorado Springs-based Colorado Sheet Metal has been involved in numerous high-profile projects. Its owner and president, Gary Venable, is a “Contractor to Watch” because of his commitment to the industry and the state’s SMACNA chapter, according to Nathan Cooper, executive director of SMACNA Colorado.

“Gary’s a really smart, methodical contractor,” Cooper says. “He’s really thoughtful about the way he goes about his business.”

A second-generation sheet metal worker, Venable has a long history in the industry. He started as an apprentice, working his way into management. He now owns Colorado Sheet Metal and serves as president of the state’s SMACNA chapter.

“He’s just seized every opportunity that’s been given to him along the way,” Cooper says. “I think Gary’s perspective as an apprentice helped him in dealing with labor issues and in considering how our labor partners might feel about something. And that’s absolutely powerful.”

Venable says he wants his employees to feel empowered at all levels.

“CSM’s success has always been based on building relationships,” he says. “Most of our key field personnel have been with us since they were apprentices and developed into foremen or moved into the office. We stress to that they are the front line of our sales staff. If we have an opportunity with a new client, it’s our field staff that can turn that single project into a relationship and give us the opportunity for future work with that client.” 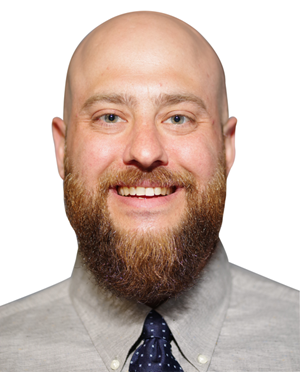 In an industry where change can be slow, Christopher J. Weickert has led his fifth-generation family business forward, embracing technology to grow its HVAC design and sheet metal fabrication operations.

He realized that digital communication would be an asset to its operations, so he installed a server-based network for the business. The company now fully uses a virtual network, allowing instant access to plans, time tracking materials, scheduling and all communications.

“Chris recognizes that the sheet metal industry has changed and rather than continue to do business the same way, he has found other avenues to expand his company,” says John Contrubis, associate director of New York City SMACNA. Weickert has steered the company into areas that others may have avoided, such as service work, he says. “That has given his company a competitive advantage when bidding certain jobs.”

The company has also developed a reputation as a go-to HVAC contractor for the famous and historic buildings that populate New York City. Weickert enjoys working in such structures.

“Since these properties can’t be modified they present different obstacles that require outside-the box-thinking,” he says. “Over the years, I have worked in Rockefeller Center, the Museum of Modern Art, the Metropolitan Museum of Art, the Empire State Building and One Wall Street. It is really fun to figure out how to put air conditioning into these existing buildings when they weren’t initially designed to have it.”

Weickert is also eager to market the services his company offers. At a 2018 regional trade show, Weickert used a small remote-control car with a roof-mounted camera to attract attendees to his booth — and demonstrate how such equipment can be used in ductwork to spot problems. 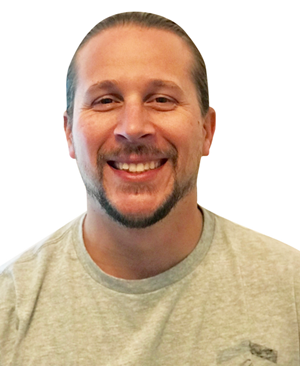 When asked to pick one word to describe Garrett Yates, the project manager at A-J Sheet Metal, Shelley Lester of SMACNA Utah said that just one word doesn’t summarize him.

“Hard-working and dedicated,” Lester says. “Our chapter is fortunate to have such a grounded and realistic individual to bring his perspective and positivity to the table.”

Yates stands out because of his high level of commitment, patience and service. “Nowadays, a contractor needs to be more than a firm installing sheet metal. They need to be diverse, to have the best workforce and to be focused on the purpose of the work and not just the task at hand. Garrett encapsulates all of these ideals.”

Yates also has the unique ability to connect with multiple generations of workers. He volunteers at the local Joint Apprenticeship Training Center (JATC), mentors students, and serves on the SMACNA Utah Board of Directors.

Yates says he can relate to younger and older workers because he’s had a lifetime of experience in the sheet metal industry.

“Working for A-J Sheet Metal is the only job I've ever had,” he says. “I started working in the shop at age 16 during summer break and every summer until I graduated from high school. I earned the respect of our employees by working side-by-side with them in the field and in the shop. It makes a huge difference in managing employees who respect you and who know that I have been in their shoes and that I know what I am talking about.”

“Learning all of the things I learned in the shop and the field were invaluable to me,” Yates adds. “Most of the knowledge and experience you get is on-the-job training, but the apprenticeship program is great for learning to be a skilled and trained professional in this industry.” 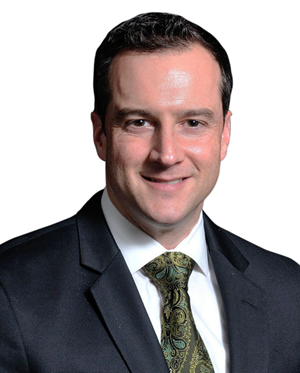 In a little over seven years as vice president of State Mechanical Services in Aurora, Illinois, Andy Yonkus has helped grow the company from $15 million in revenue to over $55 million. The company has added high-rise residential developments and offices to its resume, and it has designed and built mechanical systems for a number of hospitality sector developments and auto dealerships throughout the state.

This project versatility is no accident, Yonkus says. “We are very diverse in our markets. This allows us agility when a particular market gets cold and another warms up.”

Tony Adolfs, executive director of SMACNA Greater Chicago, says Yonkus is an active member of their Young Executive Committee, as well as a new, and vocal, member of the association’s board of directors.

Yonkus also points out that he’s always eager to listen too. “Managing a business means that you have to listen more that you talk,” Yonkus  says. “When you talk, it needs to be well thought and applicable to the topic. Also, always ask why when something doesn’t go the way you thought it would and don’t jump to conclusions.”

Editor’s Note: Our plan is to run this as an annual feature. Both contractors and chapter executives should keep that in mind as the year progresses.