While SMACNA National celebrates its 75th anniversary this year, there are many members and chapters who are also commemorating their own noteworthy milestones. We will share just a few of their milestones and their philosophies, humble beginnings and visions for the future.

While SMACNA National celebrates its 75th anniversary this year, there are many members and chapters who are also commemorating their own noteworthy milestones. SMACNA and its  contractors’ histories are intertwined. In these pages, we will share just a few of their milestones and their philosophies, humble beginnings and visions for the future.

Artlip and Sons
Quality Work by Craftsmen Who Care
www.artlipandsons.com 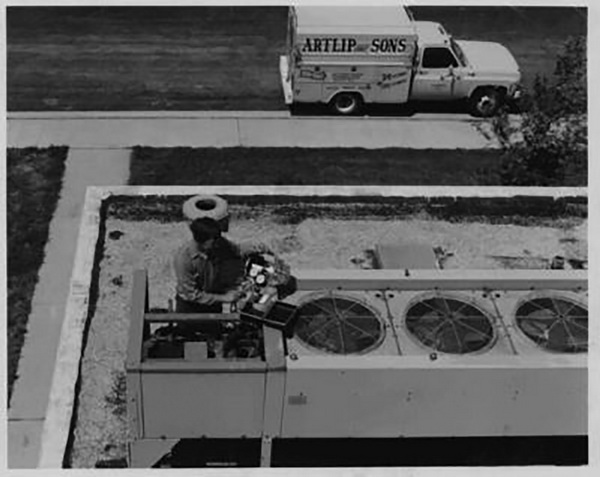 Families in Aurora, Illinois, and the surrounding Fox Valley have watched the green trucks of Artlip and Sons Inc. servicing HVAC systems in homes and businesses since 1969. This year they celebrate their 50th year in business.

Hank Artlip, president, credits the company’s longevity to its people. “The most important part of any business is the people” he said. “It is the most challenging part, but also the most rewarding. I have had the pleasure to work with great people. Fifty years is not possible without that.”

Artlip, along with his brothers, is the second generation to run the company, which was founded by his father Wayne L. Artlip. They represent the third generation in the industry, which began with their grandfather who worked for a large HVAC firm.

“My parents started the company out of their home and garage,” Artlip said, who also serves on the SMACNA National Board. There were three employees. “My mom was the office manager and dispatcher and my dad did sales by night and service and installs by day.” They also had a field technician/installer.

Now, Artlip and Sons Inc. has grown to 25 employees and specializes in commercial HVAC, service and maintenance, design-build, custom fabrication, and residential heating and air conditioning.

His father’s philosophy still guides them. “My dad always treated people well and was a calm leader,” Artlip reflected. “That laid the groundwork for success and our company’s motto, ‘Quality work by craftsmen who care.’”

In 1972, they moved into a small building in Aurora. In 1981, they purchased a second building across the street and added a sheet metal division. In 1991, they expanded into, a 16,000-square-foot facility twice the size of the other structures combined. 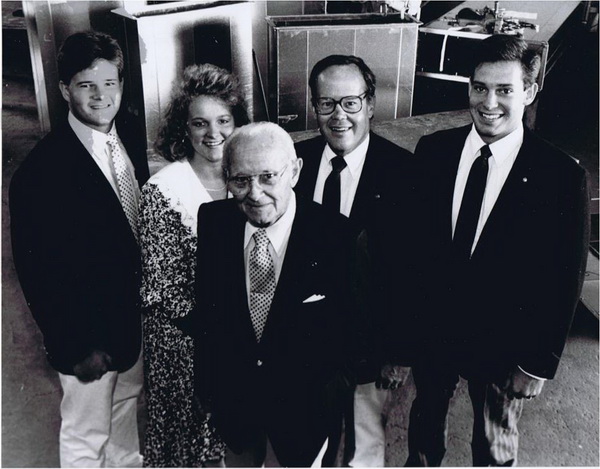 The third generation to run Dee Cramer Inc., Matt Cramer, president, and his brother Rich Cramer, vice president of service, are carrying on the work of their father and grandfather – along with a rich legacy of dedication to SMACNA and the industry. This year they celebrate their 82nd anniversary.

“My grandfather Dee Cramer founded the company on the core values of quality and dedicated employees who are committed to the customer,” Matt Cramer said. “Our tagline is “Dedicated people delivering quality,” because we carry on those values today.”

Founded in his garage in 1937 by Dee (Devere) Cramer to sell and install residential furnaces, the business has grown and diversified into one of the country’s largest family-owned heating, ventilation, and air conditioning firms.

Now with 225 employees, the firm is based in Holly, Michigan, where they operate three shops in the state and have a branch office in Lansing.

Matt is continuing a legacy of service devoted to SMACNA. He served on SMACNA’s Board of Directors (2010 to 2014). Earlier, company founder Dee Cramer and his son Richard (Dick) Cramer Sr. both served as SMACNA National presidents – Dee from 1954 to 1955 and Dick from 2006 to 2007.

All three generations have been recognized with SMACNA’s Contractor of the Year award: Dee in 1983, Dick in 1997, and Matt in 2011.

Dee Cramer’s son Richard (Dick) J. Cramer Sr. took over from him, joining the company in 1964, and is the current chairperson. Later, Dick’s two sons Rich and Matt joined him – Rich in 1986 and Matt in 1993 – and they run the company to this day.

“The company grew from residential to commercial and Industrial mainly because of the reputation that Dee had for quality and the relationships he built handling the heating needs of local General Motors executives at their personal residences,” Cramer reflected. 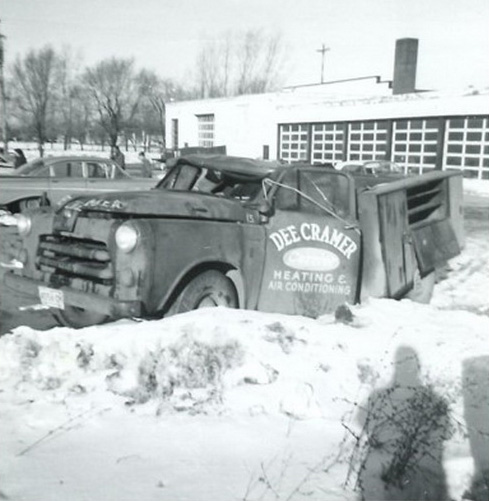 Not only has the company’s history been intertwined with SMACNA, but with the Big Three automakers – General Motors, Ford Motor Company, and Fiat Chrysler Automobiles US.

“Our market is driven very much on the success of the automakers,” Cramer explained. “We also do a lot of work for first, second and third-tier suppliers for the Big Three. However, we have benefitted by not having all of our eggs in one basket.” The firm also specializes in hospitals and higher education clients, including Michigan State University and the University of Michigan.

They have stayed nimble through economic ups and downs. “Over the years, with the loss of so many GM plants and employees, we have been successfully moving our focus to other geographic markets like Lansing, Ann Arbor and Detroit,” Cramer noted. “That has benefitted us greatly.”

Over the years, the biggest changes have been in technology such as building information modeling (BIM), advancements in 3D and iPads and tablets in the field. “It’s good to do plan and spec work, that keeps our saw sharp, but working on IPD and Design Assist / GMP / Open Book projects are fun and we believe deliver the best value to the owner,” he added.

A future goal is growing their service department. Their vision, Cramer said, is to also “build on what my grandfather founded our company on and what has gotten us here today: Dedicated people delivering quality.”

Geisler Brothers
Stick With What You Know
www.geislerbrothers.com 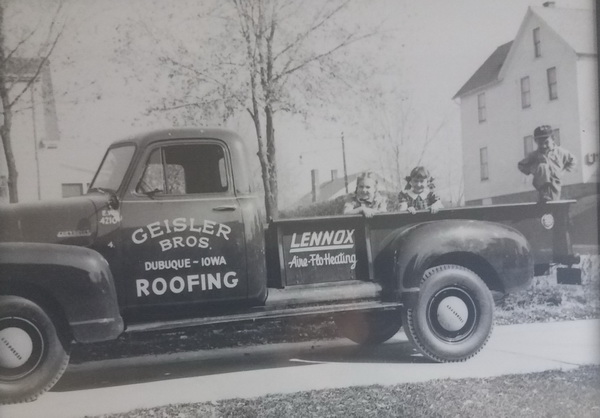 Geisler Brothers Company has been part of the fabric of Dubuque, Iowa life for 127 years,  serving area manufacturers for generations.

As the fifth generation to lead the family business, Todd Geisler, president, along with his brother Scot, vice president, run the company by their forefathers’ guiding principles.

“Stick with what you know,” Geisler recalled. “Invest in what you do rather than something outside your knowledge. Always run one man short. Don’t get too big too fast. Be prepared for a downturn more than an upturn.”

In 1892, his great-great grandfather, Joe Geisler opened up a hardware store and sheet metal shop in Dubuque, Iowa, including two employees who manufactured and repaired pots and pans. 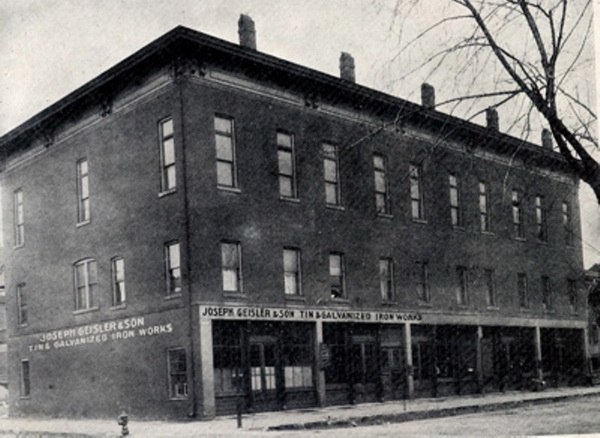 In 1991, they acquired Dubuque Steel Products, which fabricates stainless steel products, a modern-day nod to their roots, which they call their “pots and pans” division. In 2012, they purchased a heating, air conditioning and sheet metal firm, Universal Climate Control, which Scot manages.

In 2012, on the national level, SMACNA received ASHRAE’s Gold Circle Award, granted chapter charters to SMACNA of Japan and SMACCA of New York City and together with the SMWIA endorsed a sheet metal industry substance testing policy.

Geisler is getting ready for the next 100 years. “The next generation, the sixth generation, is still in college and we’ll see them in a few years.” His advice to them: “Look for opportunity. If an opportunity presents itself, be ready. Stay hands-on and involved in the day-to-day business.”