SMACNA has joined with energy efficiency allies and advanced a letter to both the House and Senate tax committee leaders. 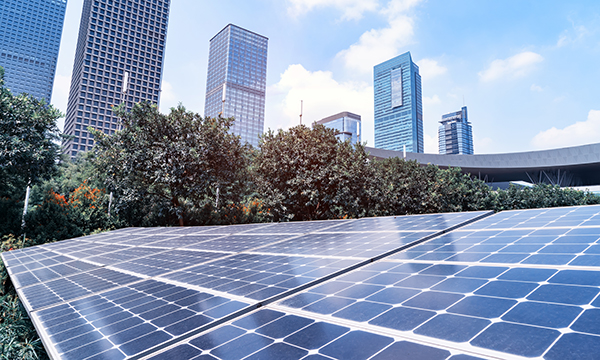 Congress is expected to begin moving tax extenders legislation in the coming weeks. SMACNA has joined with its energy efficiency allies and advanced a letter to both the House and Senate tax committee leaders. SMACNA expressed support for extending expired clean energy tax provisions to increase parity, competition and business certainty for the renewable energy, efficiency and advanced transportation industries. Providing certainty to these important energy efficiency tax incentives will maintain a diverse portfolio of energy resources, and energy tax measures should be structured such that benefits are provided to all qualifying technologies in accordance with the energy, environmental and other public benefits they generate.

SMACNA has advocated for the permanent extension of 179D as fundamental to high efficiency building investment and job creation. Unfortunately, the energy tax landscape in recent years has been uncertain at best, due to numerous short-term extensions, expirations and retroactive extensions of credits for many initiatives. This has put significant strain on efficiency businesses, their employees and clients.

SMACNA and allies in the Clean Energy Business Network coalition urged Congress to advance the following energy-related tax measures in a tax-extenders package to allow more projects to move forward, drive down costs for consumers, promote investment and create jobs:

The “Renewable Electricity Tax Credit Equalization Act,” which would address inequities for certain renewable energy technologies including biomass, geothermal, landfill gas, waste to energy, hydropower and marine and hydrokinetic energy. The §45(d) and §48 tax credits for these technologies have lapsed, while the credits for other renewable resources, such as wind and solar, received long-term tax extensions. Credits for these renewable energy technologies should be extended to provide parity for all sectors. Legislation has been introduced in the House as H.R. 4137, by Rep. Elise Stefanik (R-NY).

S. 1409, the “Technologies for Energy Security Act,” specifically Sections 3(a) and (c), as well as S. 2256, the “Tax Extenders Act of 2017,” specifically Sections 311(a) and (c), to allow commercial geothermal to qualify for the same §48 tax credit commercial solar can utilize. Absent this change, commercial geothermal is unable to compete on a comparable basis with commercial solar. S. 1409 also includes waste heat to power (WHP) while the House bill does not. S. 1409 should be the model for WHP language. The legislation has been introduced in the House as H.R. 1090.

S. 1868, which would clarify that energy storage (i.e., grid batteries, pumped hydro, compressed air/liquids, thermal storage) qualifies for a §48 tax credit as a stand-alone, eligible advanced energy technology. The legislation has been introduced by Sens. Dean Heller (R-NV) and Martin Heinrich (D- NM) and has been introduced in the House as H.R. 4649 by Rep. Mike Doyle (D-PA).

Amend the Production and Investment Tax Credits (§45 and 48) to allow for more efficient use of the credits. Credit refundability would ensure capital availability for clean energy projects and would result in some reduction in power costs for consumers. Alternative solutions such as PTC/ITC transferability to limited entities, if properly structured, would achieve similar goals. Tax credit transferability would allow developers to structure the financing of PTCs without relying on tax equity partnerships and their inherent tax accounting difficulties. By mitigating the additional challenges of the phase down in 2018 and 2019, project developers could continue to utilize the PTC to lower clean energy prices for consumers.

Both the House Ways and Means Committee and the Senate Finance Committee have issued reports endorsing permanence for 179D and expressing their intention to pass these measures before Congress adjourns this year.