SMACNA member worked on two buildings in the waterfront development. 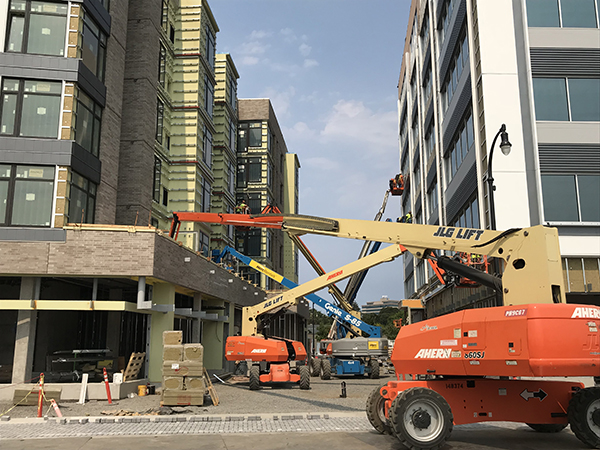 The goal was to build the Pacific Northwest’s newest waterfront destination. When it was done, the new Vancouver Waterfront Park in Vancouver, Wash., succeeded in helping transform the historic city into a multi-cultural urban development, with something for everyone.

Playing a major role in this development was General Sheet Metal from Clackamas, Ore. The SMACNA member worked on two buildings in the waterfront development – one an office building and the other was mixed use as businesses (on the lower level) and apartments on the upper floors.

“Even though this project had some difficult challenges and conditions, GSM was able to get the buildings finished in time for the grand openings,” GSM project manager Carrie Barber said.

The waterfront park, which took more than a year and was completed last fall, is a 7-acre site that is part of a development aimed at reconnecting the 35 acres along the Columbia River to the city’s historic core. It incorporates shops, offices, residences with public open spaces along the river’s edge along with a trail to Wintler Park over five miles away. 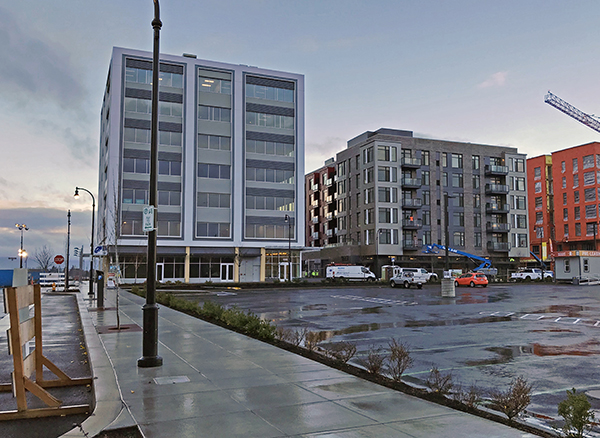 “There were many custom flashings fabricated on the wood structure to accommodate the varying substrate,” Barber said.

During the company’s six-month scope on the project, there were many moving parts and logistics that presented its fair share of difficulties. Equipment and manpower were constantly coming and going – at its peak, GSM had 38 workers on site.

“The jobsite logistics on this project were very challenging due to the deadlines required by the contract,” Barber said. “At times we had multiple lifts working on both buildings in a small footprint. The picture shows four boom lifts, one scissor lift, and a crane in an area that should only have two – three lifts.”

As great as the results were, this project was not completed without its share of challenges and difficulties. From walls made out of plumb, to congested working areas, to a very tight schedule, it had its own unique challenges and levels of complexity.

“The building was a wood structure and there were walls that were out of plumb and some had a twist,” Barber said. “We had to true out these areas with our adjustable clip-and-rail system. This project was also quite congested, so there was a lot of coordination where we had to work.”