The Macy’s Department store in downtown Chicago is being retrofitted for other uses. Atomatic Mechanical Services is helping maximize the space. 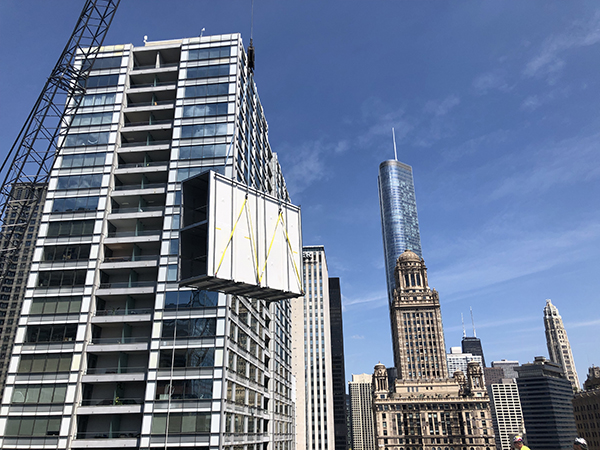 Large sections of phenolic duct being lifted to the roof of the downtown Chicago landmark.

As more shoppers prefer websites to sales racks, department stores are struggling to figure out what to do with the no-longer-needed spaces many of their properties contain.

From suburban mall anchor locations, to historic downtown properties, myriad of stores are finding they don’t need the furniture and bicycle assembly areas or the layaway storage their customers once demanded.

And in the case of chain flagships (built for the era when elaborate retail palaces could take up an entire city block of prime real estate and shoppers flooded downtown streets), the amount of unused space can be substantial, totaling hundreds of thousands of square feet.

After years of wondering what to do with the brick-and-mortar behemoths in their real estate portfolio, officials with the venerated department store chain Macy’s think they have come up with a solution: sell some of the unused space to developers eager to put offices, fitness centers and cafes in these historic landmarks.

Such a renovation project is currently underway at the sprawling downtown Chicago Macy’s store, a State Street landmark since it opened as Marshall Field’s in 1909. Canadian real estate firm Brookfield Asset Management paid $30 million for the top seven floors of the 13-story structure in 2018. The company is spending over $100 million to turn 650,000 square feet into office and meeting areas. The project is expected to be completed by spring 2020.

New HVAC for an old building

As part of the project, a new HVAC system is being installed for the office floors, which will be separated from shopping areas and supported by its own elevators. SMACNA member Atomatic Mechanical Services in Arlington Heights, Ill., was awarded the multimillion-dollar HVAC and sheet metal contract. 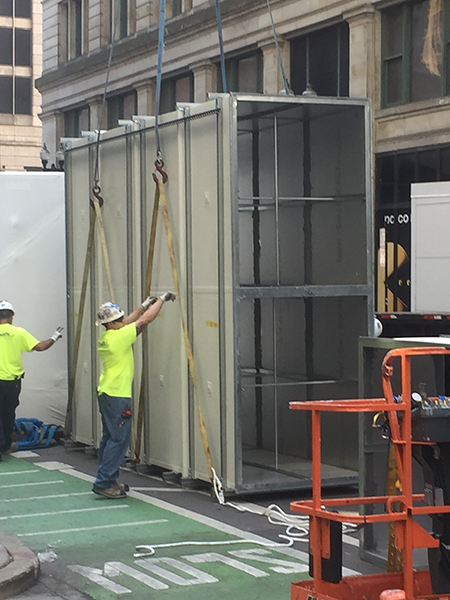 Besides an estimated 200,000 pounds of conventional sheet metal ductwork, the project makes extensive use of Thermaduct, a prefabricated, pre-insulated duct made of a plastic or resin-like material designed for installation in either indoor or outdoor environments.

SMACNA has published a duct construction standard for phenolic duct since 2015.

The light weight and easy installation of the phenolic Thermaduct, combined with low air leakage and high R values, made it ideal for the department store project, said Kevin Ryan, the president of Sheet Metal Werks in Arlington Heights, Ill., (also a SMACNA member) which sold the Thermaduct to Atomatic.

In the case of the Macy’s project, using the lighter, weather-resistant phenolic duct on the roof to tie into three energy recovery ventilators preserved valuable interior space that otherwise would have been unusable.

Greg Biziarek, director of project management at Atomatic Mechanical, said he was familiar with Thermaduct’s benefits, but knew he had to prove them to the client, since it’s still considered a newer technology. He said the ability to eliminate a large amount of ductwork from the department store’s uppermost floor — allowing for clean sight lines and more space for future construction  — appealed to the developers, even with the higher up-front cost of using phenolic duct. 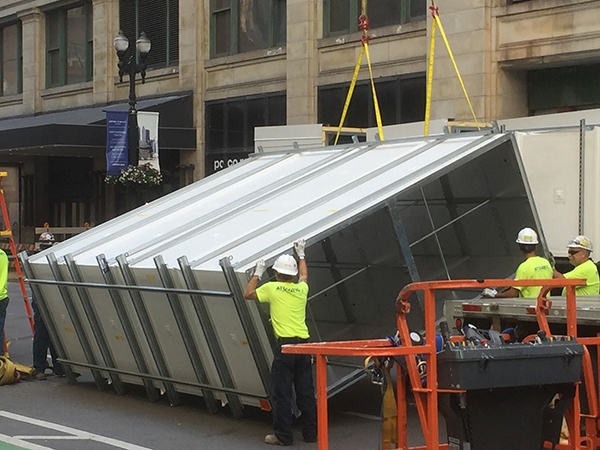 Biziarek explained to Brookfield’s representative that the top floor could be more aesthetically pleasing with the ductwork moved to the roof and out of the tenant spaces.

After Brookfield approved the idea, Atomatic worked with Ryan at Sheet Metal Werks on an extensive lift and handling plan. The work had to be done on the weekend when traffic was light, and Randolph st. could be closed. Then with the help of a crane, the large sections of phenolic duct were moved to the roof.

Ryan said it all went flawlessly.

“It was a beautiful Saturday morning — no wind, which is fabulous because (Thermaduct) is so light,” Ryan said. He estimated that using the phenolic duct saved 3,000 pounds per each section versus using galvanized metal ductwork. 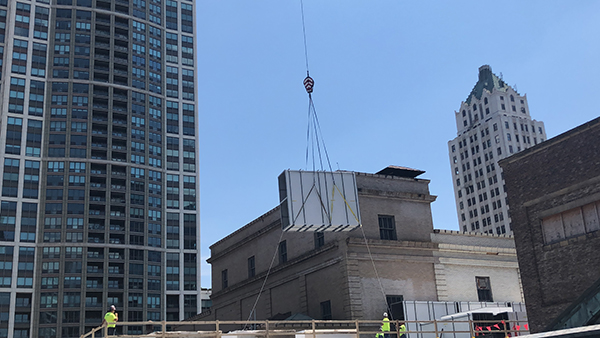 HVAC work on the Macy’s renovation is continuing. Biziarek, who has participated in a number of Thermaduct projects, said this was the largest phenolic project he had taken part in so far. Client feedback has been positive. He’s a big supporter of the product, mentioning that another reason he likes phenolic duct is safety.

“As with every project safety was a big focus — limited access to equipment, working (and) staging, all on the roof,” he said. “With heavier weights, there would have been far more challenges. Thermaduct eliminated some of those concerns. The product is a win for our team, too.”