Michigan, Ohio Contractors Have a Combined 210 Years in Business 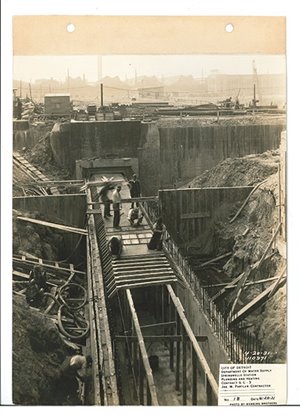 And 130 years later, Partlan-Labadie is still in business, with operations in Oak Park, Mich., only 10 miles away from where
it began.

Current company president Craig Pessina has been with the company for more than 25 years, buying the business from his father, Gary, and Chuck Partlan, the fourth generation and final member of the original family still in the business. Today, he owns it with company vice president Jeff Walters. It’s the only sheet metal shop Pessina has ever worked at.

“I came to work at Partlan-Labadie when I was 22 years old, right out of college” (to work as a junior estimator), Pessina said.

In his time at Partlan-Labadie, Pessina said the most dramatic change he’s seen is the speed in which clients now expect work to be done, whether it’s submitting bids or assembling and installing duct.

Partlan-Labadie has been a member of SMACNA since 1964, and shop employees are members of Sheet Metal Workers union Local 80.

About 200 miles away from Oak Park, Mich., Akron, Ohio, known as the “Rubber Capital of the World,” for the many tiremakers that have called the city home. Goodyear Tire & Rubber Co., which has helped millions of cars “meet the road,” has been based in Akron for more than a century. 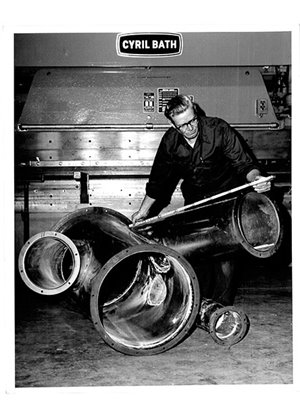 SMACNA member Falls Metal Fabricators and Industrial Services LLC doesn’t have quite that long a history — it’s “only” been around 80 years — but company officials say it has a lengthy reputation as a sheet metal contractor known for quality service and value.

“Falls’ specialty is customer service,” said Daniel Pugh Sr., the company’s president. “Our customers come first and we do anything in our power to meet our customers’ demands.”

The company was founded in 1939 by Ralph Moyer as Falls Sheet Metal Works. Its client roster in those early years reflected the city’s major industry as Goodyear, Bridgestone, Firestone and General tire companies were all Falls customers. 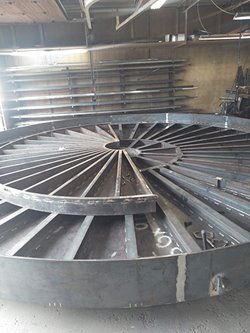 Ownership passed to Moyer’s son in 1969, who ran the company until selling it to Pugh in 2014. Pugh said he has been told the Falls was one of the first union sheet metal shops in the Akron area, and it has been a SMACNA member for 50 years. Employees are members of Sheet Metal Workers Local 33

“We have learned to adapt and overcome in keeping up with the changing times,” he said. “We have the capacity to produce high-quality metal products from prototype through high-volume production runs.”