The Senate and the House left Washington without agreement on a new COVID relief bill. The stalemate is not good news for SMACNA pension efforts. 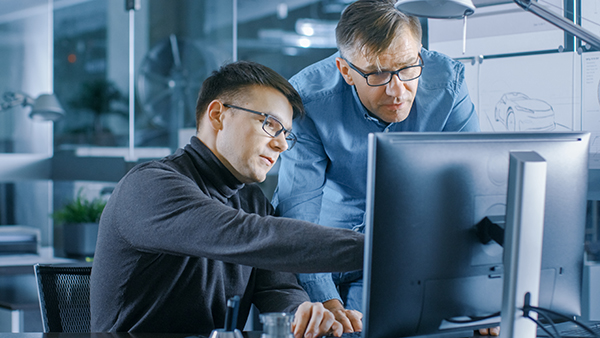 Pension Relief And Reform
The Senate and the House left Washington without agreement on a new COVID relief bill. The stalemate is not good news for SMACNA pension efforts. The strategy for enacting Composite Plans has been to get them included, along with relief for failing plans, as part of the final negotiated COVID bill. The House-passed HEROES Act does contain pension relief and Composite Plans, while the Senate bill does not, making the negotiations process critical to SMACNA efforts.

Construction Employers and a Strong Core of Building Trades Unions Continue the Fight
With Congress adjourned for its summer break, SMACNA’s lobbying team continues its efforts in D.C., reaching out to staff and members of Congress, actively rebutting misinformation from Composite Plans opponents. They continue to argue Defined Benefit Plans are the gold standard, despite over 125 failing plans and many more plans under “endangered” status. They are working for a bailout for failing plans and for discarding the Composite Plan option SMACNA on its own, and as part of a coalition, has been actively striking back, targeting specific Republicans and Democrats and urging them to recognize the instability of the multiemployer system and consider the potentially dire consequences of not adapting to a changing economic environment.

Speaker Pelosi included Composite Plans in the House bill and Senator Grassley continues to support Composite Plans, meaning the next COVID relief package could still include Composite Plans. We remind SMACNA members to stay active and be optimistic because PPA and MPRA were both included in end-of-year legislation, so we can still get a win even if it is late in the session.

How SMACNA Members Can Help
Your voice matters too. Visit www.contactingcongress.org to contact your Congressional delegation in Washington and help amplify our message. Arguments for Composites were included in separate SMACNA communications to Republicans and Democrats in August.

Congress Breaks Without COVID Deal
As talks stalemated, Senate Majority Leader Mitch McConnell (R-Ky.) had kept the chamber in session an extra week, as a last-ditch attempt for the White House, House Democrats and Senate Republicans to further negotiations. With no deal, the Senate adjourned until Sept. 8 and the House isn’t expected to return for votes until Sept. 14. Leaders in both houses indicated they could recall their Members if there were an unexpected deal or an emergency.

Democrats initially proposed a $3.4 trillion package, which included money for school construction, infrastructure grants, tax incentives, unemployment grants and assistance to state and local governments offsetting COVID-19 related deficits. House leaders offered to reduce their price tag by $1 trillion, but Senate Republicans and White House leaders want to keep the package as close to $1 trillion as possible. By McConnell’s own estimation, he will need 20 Democratic votes to pass a deal. Up to 20 GOP members are prepared to vote against any COVID-19 relief bill entirely.

“Great American Outdoors Act” Signed by President
On August 4, the president signed into law (P.L. 116-152) the Great American Outdoors Act, a huge win for SMACNA. The new law includes $6.5 million to address a maintenance backlog at National Parks, including roads and trails, housing and restroom facilities. The bill would also permanently provide $900 million in oil and gas revenues for the Land and Water Conservation Fund. SMACNA had been urging the Senate to pass the bill for more than two years and also successfully lobbied House members for their support.

Infrastructure Discussions Stall
Both parties and the White House agree on the need for major U.S. infrastructure investment, which would be good for the economy and the nation’s crumbling infrastructure. Disagreements over how to pay for an infrastructure package are the sticking point, despite major pressure from a significant number in the business community, including construction firms, arguing that no long-term federal infrastructure legislation raises the potential for halting construction projects. House Democrats are willing to use deficit spending, but Senate Republicans want “pay-fors.” All seem to agree that except for spending on broadband and advancing a helpful surface transportation bill, a broader infrastructure package may have to wait until early 2021.

GAO Report: School HVAC Retrofits Needed
A recent report from the Government Accountability Office (GAO) found that K-12 school buildings nationwide are facing severe infrastructure problems, concluding that more than half of public school districts need to update or replace multiple building systems or features in their schools. As one Philadelphia Federation of Teachers union survey put it, schools “cannot deal with facilities [even] without a pandemic.” The GAO report particularly highlighted the state of school HVAC systems, finding that a stunning 36,000 schools nationwide have aging systems in need of updates. HVAC is a crucial part of enabling health and safety for building occupants. Water damage caused by a leaking roof or HVAC system can lead to mold growth, poor air quality, or even school closures due to extreme heat. In the age of coronavirus, updated HVAC systems have become more important than ever.

Schools need an infusion of investment for upgraded, more energy-efficient HVAC systems to help make classrooms as safe as possible for reoccupancy. HVAC energy savings often pay for the upgrades in the long run. Utility costs are the second largest expenditure for schools, with K-12 schools collectively spending $6 billion per year on energy.