INDUSTRIAL: Putting on the Finishing Touch 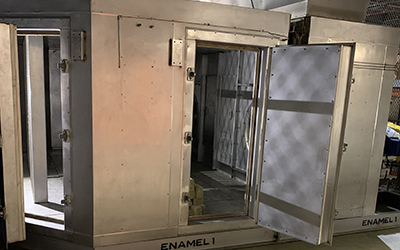 The inside of a heater box fabricated at the Michigan Assembly Plant.

The heater boxes fabricated and installed by H.M. White help ensure the paint looks great on every Ford vehicle built at a suburban Detroit factory.

If you’ve ever admired the paint job on a new Ford, General Motors or Stellantis vehicle, you might want to thank SMACNA member H.M. White.

The 85-year-old Detroit-based industrial sheet metal contractor has been involved in designing, fabricating and installing the multistage paint finishing systems automakers use to ensure that the candy-apple reds pop and metallic blues sparkle on their cars, SUVs and trucks.

At first, it might not seem like a natural fit for a company with an extensive background in factory ventilation and custom metal fabrication, but the work has a lot more in common than many people think, according to Nick Colone, the vice president at H.M. White LLC.

“We focus on large air-handling systems, spray booths, ovens, abatement and pre-treatment systems” Colone explained. “We also act as a general contractor in the automotive (industry) for the paint shop OEM’s, due to our extensive experience, engineering capabilities and contract management.”

From the air supply houses to the paint spray booths and their scrubber system, H.M. White’s fabrication and installation work is in almost every step of the modern automotive painting process.

Extensive background
“We engineer and manufacture all types of ovens, whether it’s for the pretreatment area, the color ovens, sealer ovens (or) primer ovens,” Colone said. “We have our hand in all areas of the paint shop, even though sometimes our contracts have no sheet metal in them.” 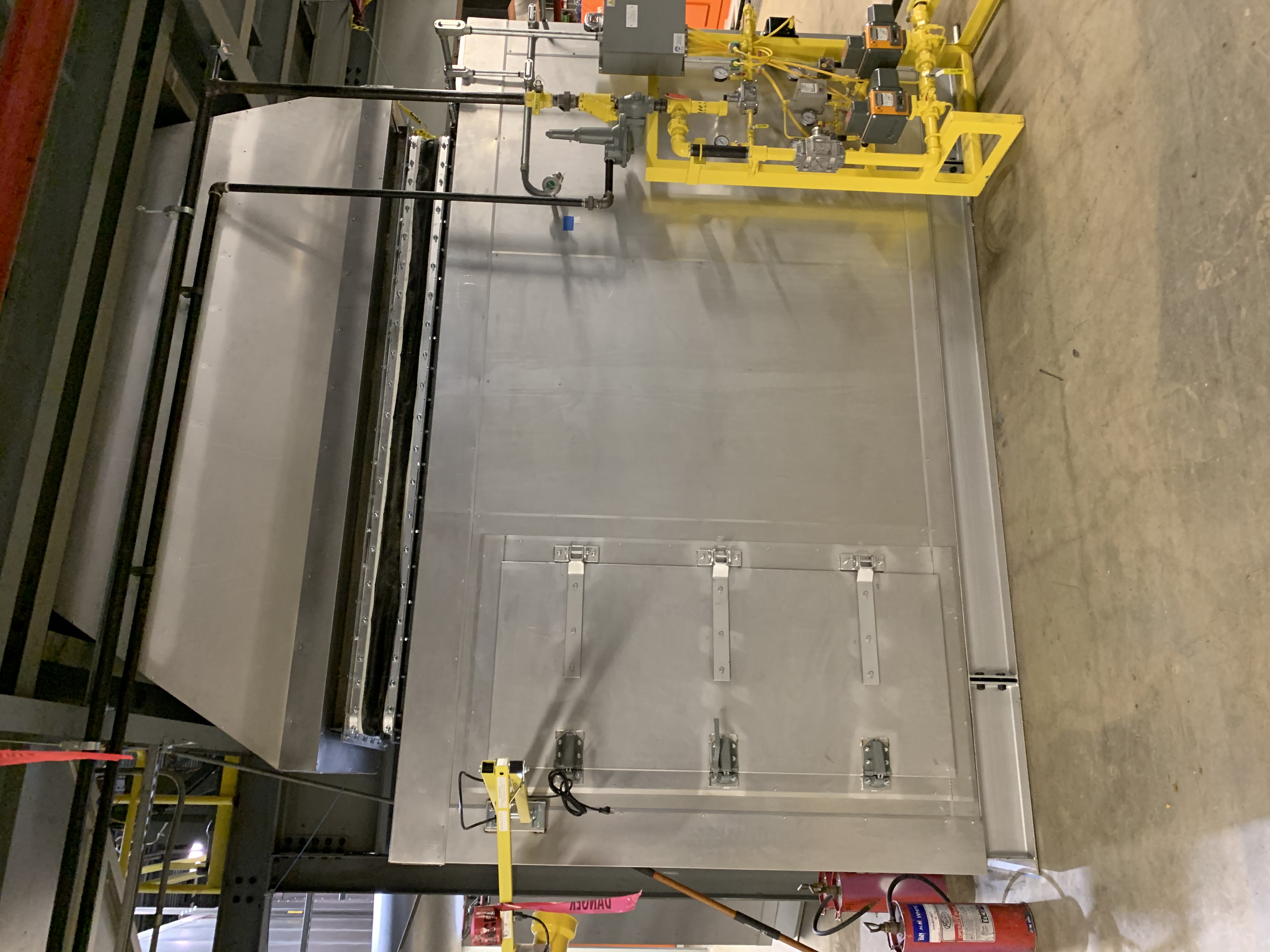 An outside look at a sealer oven at the Michigan Assembly Plant.

Ford Motor Co. awarded H.M. White a $15 million turnkey contract in late 2019 to add new ovens and upgrade the existing ones at the Michigan Assembly Plant in Wayne, Mich. The massive, 5 million-square-foot facility has been the manufacturing site for such well-known Ford vehicles as the Focus and Ranger.

The paint ovens that H.M White was hired to work on are used in the paint process for the relaunched Ford Bronco. As part of the project, H.M. White was tasked with fabricating and installing seven new heater boxes that service the ovens during the paint application and drying process.

The automotive painting process has come a long way from when primer and a few coats of lacquer were applied by hand. Today, the process starts with immersing the chemically cleaned bare metal of the auto body in a paint bath that electrically charges the metal to attract the paint particles. This process is known as electrocoating or “E-coat.” Then primer and several coats of UV-resistant enamel paint is robotically applied before being dried in zoned ovens that can reach well over 300˚F. H.M. White’s work at Michigan Assembly touched many of these steps.

Critical Airflow
Delivering proper Airflow is critically important during the painting process. The heater boxes built by H.M. White for the Ford plant can produce up to 60,000 cubic feet per minute (cfm). They were assembled using 12- and 16-gauge aluminized sheet metal, welded together. 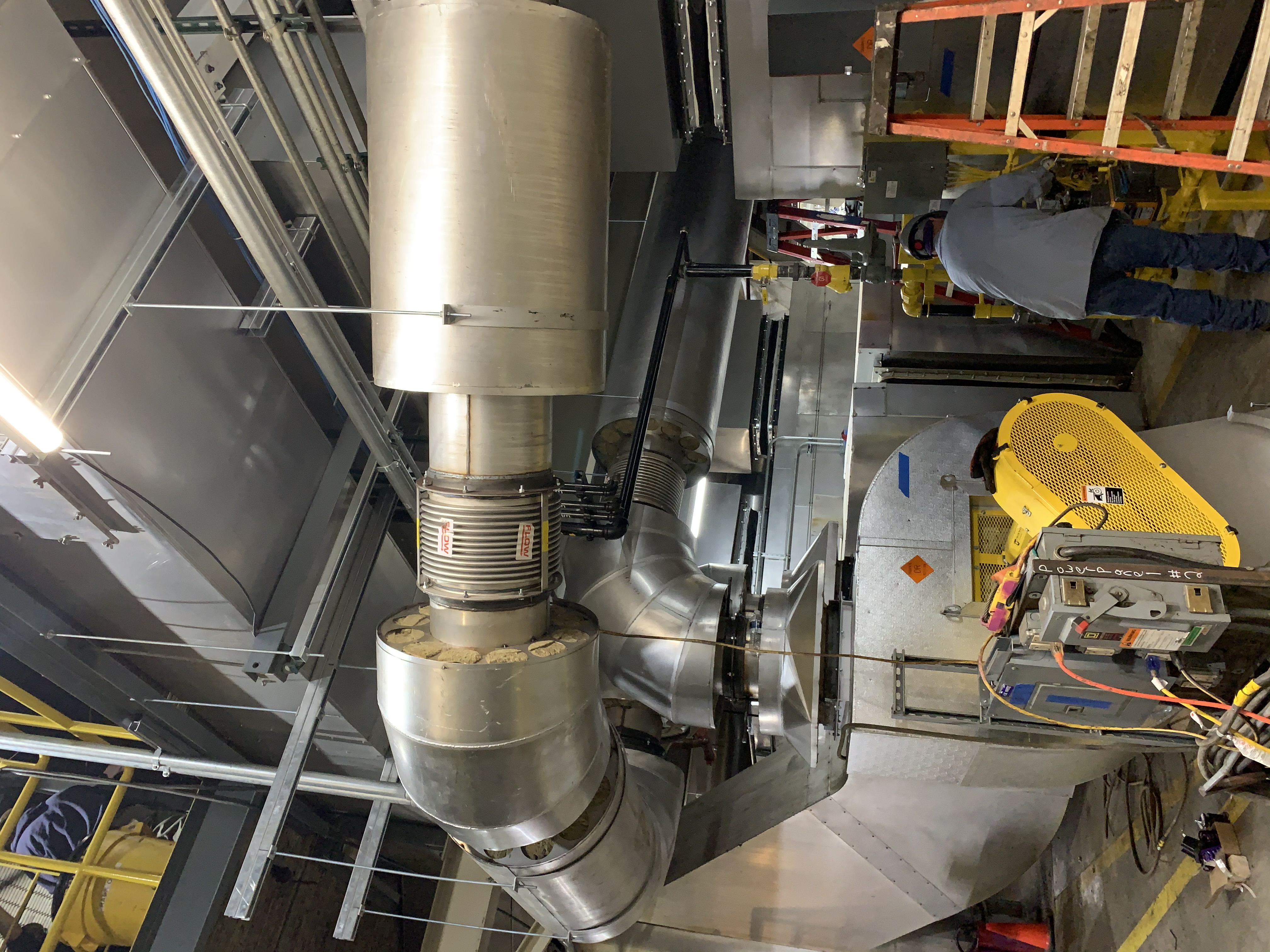 An H.M. White employee works inside of a sealer oven at the Michigan Assembly Plant.

Each heater box is constructed with 6 inches of insulation and includes around a 3 million BTU burner necessary to produce the searing heat needed to cure the automotive paints.

“The heater boxes are fabricated from aluminized metal for the high temperatures,” explained Todd Redinger, a project manager at H.M. White who was in charge of the project. “You have to bring it up to temperature … then you have to hold that temperature for a specific duration to cure the paint.”

The oven work required installing or reworking a total of 3,620 linear feet of oven duct and oven modules, and almost 182,000 pounds of sheet metal including access doors, nozzles, structural steel and fans.

“We size the ductwork and nozzles for the different areas of the vehicle — the pillars, the rocker and the body. Everything gets profiled and the nozzles get adjusted accordingly,” Colone said.

Although H.M. White has tackled similar projects at automotive factories throughout the Midwest and Southern U.S., Colone said the work is never the same.