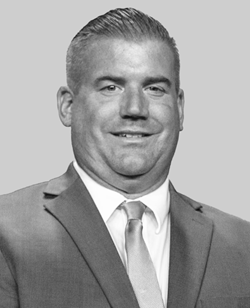 Todd Hill is SMACNA’s Vice President and is president of Allen Park, Michigan-based Ventcon. Ventcon has a long history serving companies in the Detroit area with commercial and industrial services, including several customers in the automotive industry. In 2022, Ventcon expanded its manufacturing footprint by building a new facility in Jackson, TN to service the Blue Oval City in Haywood County and BlueOvalSK Battery Park in central Kentucky.

Hill began his career in 1990 as a sheet metal apprentice with Ventcon, during his career at Ventcon, he received his associate degree in applied science in computer-aided and mechanical design from Schoolcraft College. During his career climb at Ventcon, Hill became a CAD operator and advanced through several management positions, becoming president in 2005. In 2010, Hill and his two partners acquired the business.