The spread of a highly contagious virus has forced many industrial SMACNA contractors to adapt to a suddenly uncertain future. 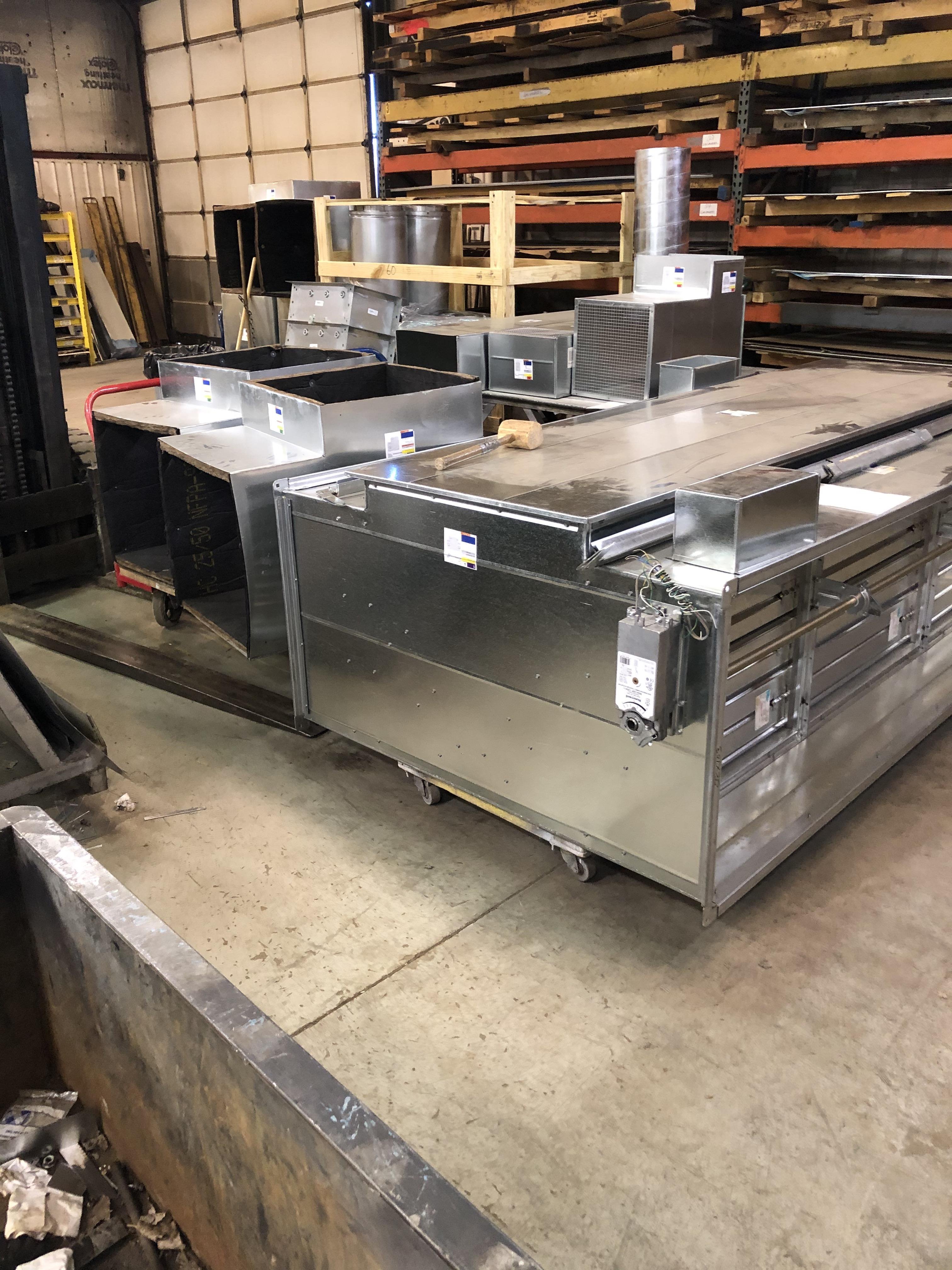 The sheet metal shop at Partlan-Labadie in Oak Park, Michigan, has been much quieter due to a ban on “nonessential” work.

The spread of a highly contagious virus has forced many industrial SMACNA contractors to adapt to a suddenly uncertain future.

In his 25-plus years in the HVAC industry, Craig Pessina has never seen anything like the current business climate.

What had been a robust local construction market quickly skidded and then stopped as the worldwide coronavirus pandemic enveloped southeastern Michigan, where Pessina’s industrial HVAC company, Partlan-Labadie Sheet Metal Co., has operated since 1889. The state’s governor ordered all but a handful of “essential” businesses to close in mid-March as Michigan became a hot spot for COVID-19 cases. That quickly put a stop to a number of the company’s projects.

As Partlan-Labadie’s president, Pessina is used to the boom-and-bust cycles of the region’s automotive-dependent economy, but the sudden fall took him by surprise. “I have ever been through anything like this, personally or professionally,” Pessina said. “If anybody has, I haven’t talked to them.”

Pessina is far from the only SMACNA member trying to adjust to a post-coronavirus environment. Across the country, contractors are tearing up business plans and trying to figure out a sustainable way forward. Now, as the country makes its first steps toward reopening after weeks and months in limbo, many SMACNA companies are unsure just what a recovery will look like. President Trump has directed the nation’s governors to establish their own criteria and timetables for reopening shuttered businesses and construction projects based on COVID-19 case numbers and the abilities of area hospitals to test and treat patients. 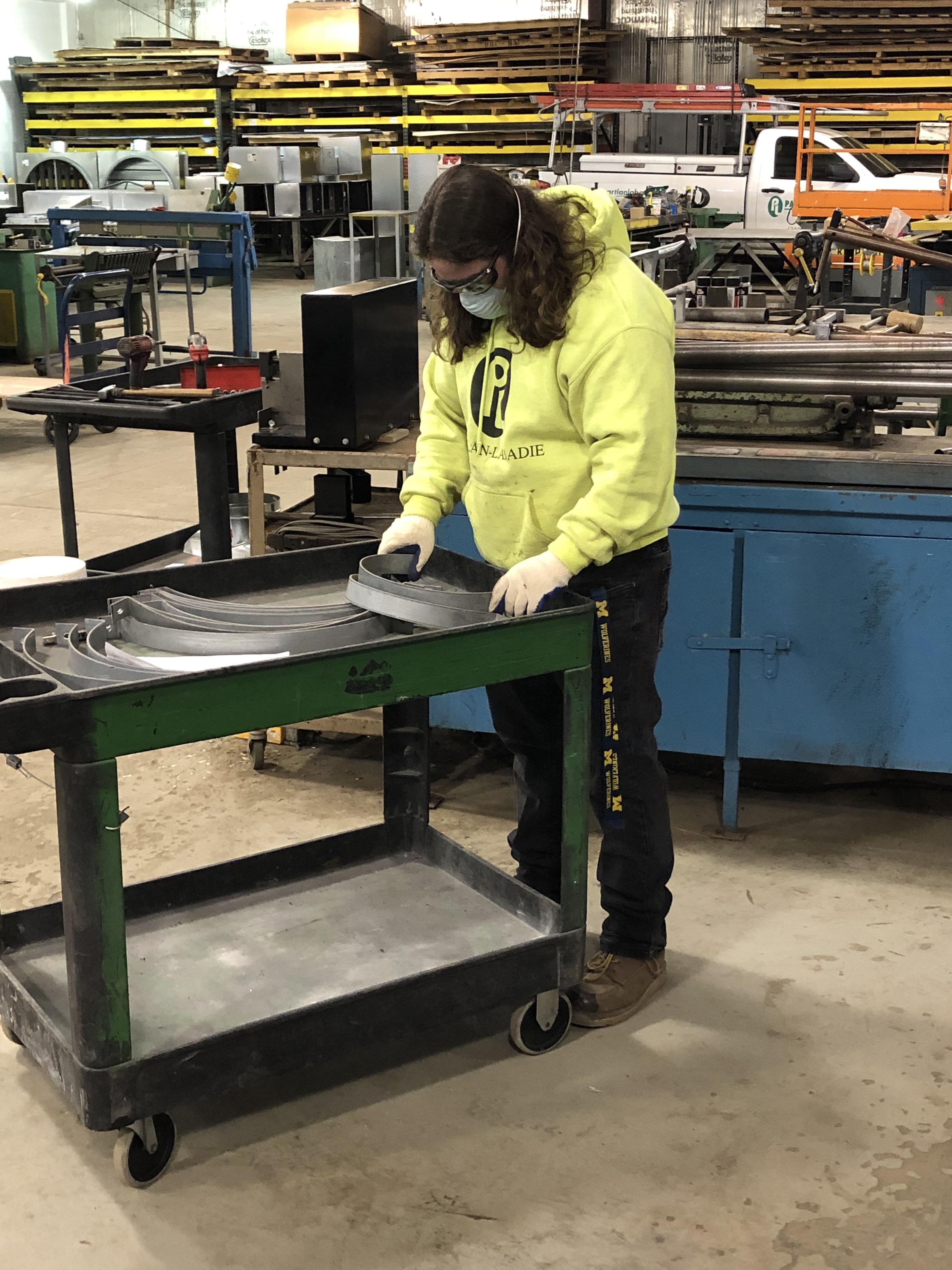 Many SMACNA contractors are still trying to figure out what it will all mean for their businesses. At Partlan-Labadie in Oak Park, Michigan, some employees were still working throughout the shutdown thanks to health care projects that met the state’s definition of critical infrastructure, but the sheet metal shop is quieter than it used to be, Pessina said.

A lot of contractors that specialize in industrial sheet metal develop decades-long relationships with clients, becoming the go-to company anytime their large manufacturing facilities need HVAC service or other types of work. In some cases, these contractors know the plants almost as well as the clients that own them, and they depend on the steady work those relationships provide. The sudden shutdowns related to coronavirus have thrown a kink into that business model.

Like in a lot of states operating under broad stay-at-home orders, many of Partlan-Labadie’s industrial projects are not considered essential by state officials, which means work stopped in mid-March. Much of the construction across the state is at a standstill, and the impact on the industry was almost immediate.

“I would say that we’re down probably about 70 percent from a staff standpoint, especially on the labor side,” Pessina said, adding that shop employees who were not laid off are working 40 hours a week while trying to minimize the spread of COVID-19. “We are taking a lot of precautions in following the guidelines of social distancing and making sure our parts and products are clean and disinfected.”

Regardless of how clean his shop is, Pessina said he worries the business of getting paid soon won’t be so tidy. Talking to other local contractors, Pessina said several of them are worried that collecting payment for work already completed could be a problem if the region’s economy doesn’t quickly bounce back.

“What’s really going to be difficult is a couple months from now, because typically our receivables are 60-day or 90-day pay terms.” he said. “So right now we’re still being paid for projects that we did back in December and January.”
But by June, getting paid for work done in February, March or April could be challenging, Pessina said.

For now, officials with Partlan-Labadie say they are hoping to avoid cash flow problems — and the layoffs that often follow — with some help from the federal government. The company is among the SMACNA members that applied for the U.S. Small Business Administration’s $660 billion Paycheck Protection Program. Aimed at businesses with fewer than 500 employees, it provides low interest rate loans up to $10 million to cover payroll and other operating debts for up to eight weeks. If employers do not lay off any workers during that time, the loan and any interest is forgiven.

Since it was announced, the program has been inundated with applications from construction companies and other businesses. The program was so popular, the initial $349 billion budgeted for it quickly ran out. An additional $310 billion has been added, which some experts say still isn’t enough to help the country’s small businesses.

Pessina isn’t surprised at the program’s popularity. “We’re all in this together,” he said.

As of April 20, Partlan-Labadie was still waiting to hear if its loan had been approved.