Bipartisan agreement on pension relief, along with authorization of Composite Plans, could not be reached in time to be included in the final bills of this session of Congress. 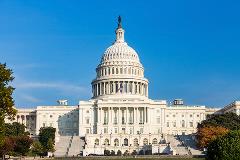 Action Must Wait for 117th Congress
Despite intense Congressional negotiations in the final days of the 116th Congress coupled with lobbying and grassroots efforts by SMACNA and multiemployer pension plan stakeholders, bipartisan agreement on pension relief, along with authorization of Composite Plans, could not be reached in time to be included in the final bills of this session of Congress.

A joint statement issued by Sen. Grassley (R-IA), Chair of the Senate Finance Committee, and Sen. Alexander (R-TN), Chair of the Senate Health, Education, Labor, and Pensions (HELP) Committee, signaled the end of pension negotiations. While each side made serious concessions, the two chairs announced “we have yet to find an agreement that satisfies our respective principles and objectives for resolving this situation. We have reached the point where we are out of time to strike an agreement that can be scored by the Congressional Budget Office and reviewed by our Senate and House colleagues to include in an end-of-year package.”

The situation remains dire for approximately 130 plans and for the Pension Benefit Guaranty Corporation (PBGC). Co-chairs Grassley and Alexander stressed that the Republican Senate remains “committed to finding a solution and will continue looking for a balanced, sensible approach to resolve this increasingly critical problem.”

Sen. Grassley will remain the key Senate player in pension reform in 2021, while Sen. Alexander is retiring. Senator Crapo (R-WY), will be the new Chair of Senate Finance, assuming Republicans retain control of the Senate after the Georgia special elections.

Sen. Grassley gave an indication he will remain a champion of pension relief and reform, when he introduced a Senate pension bill that included Composite Plans. The bill, which was not enacted this session, is based on the Grassley-Alexander White paper from last year.

The negotiations between Republicans and Democrats faltered trying to resolve how much federal funding would be available for failing plans and the PBGC, and how much would be carried by stakeholders in all multiemployer plans. The next step will focus on including pension legislation in a potential new COVID relief package in the first quarter of 2021.

SMACNA will be calling on members and chapters in 2021 to help push Composite Plans over the finish line once the 117th Congress convenes.

Contained in the major legislative package included long-endorsed SMACNA priorities over many years of contractor advocacy, including: