The City of Sacramento is currently renovating and expanding its downtown convention center and performing arts district, which includes the SAFE Credit Union Convention Center and the Community Center Theater.

The City of Sacramento is currently renovating and expanding its downtown convention center and performing arts district, which includes the SAFE Credit Union Convention Center and the Community Center Theater.

Intech Mechanical is doing the HVAC, plumbing and controls on the Community Center Theater. The project consists of six new air handlers and two new boilers, complete with new ductwork and piping. The chilled water is provided to the theater via an underground tunnel from the Convention Center. 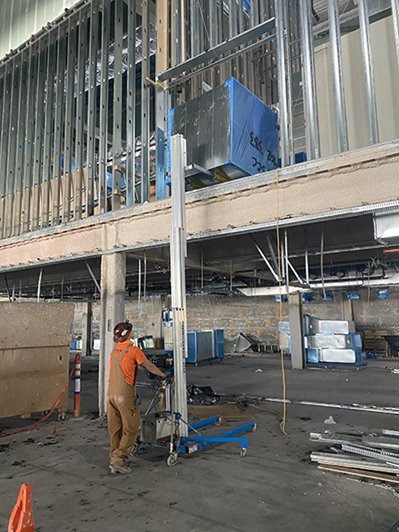 A significant portion of Intech’s work on the $10 million contract was the much-needed upgrade and expansion of the restrooms and concessions. They’ve been on site at the Community Center Theater since September 2019, with final completion scheduled for spring 2021.

According to Intech Mechanical Vice President Gary Myers, the Community Center Theater project has the typical remodel challenges that come with coordinating around existing structures and unforeseen conditions as areas of work are exposed. The original plan had been to reuse much of the original ductwork, but during the discovery phase, the construction team and the city determined that all new ductwork was best for the longevity of the facility.

The team had to deal with COVID-19 protocols onsite, too. “The general contractor put in the necessary provisions to keep the project going safely,” said Myers. “Every day, the crews had to fill out a questionnaire and wear masks before they could go onsite to work. The leadership from the city of Sacramento, the construction manager, and the general contractor allowed this project to continue during an unprecedented pandemic.”There’s a sense of satisfaction that comes from knowing what’s involved in creating such a world-class facility. “I’ve been in every section of this building from the basement to the attic,” Myers said. “This gives me a different perspective as a customer sitting in a seat watching a show. This has been one of the most challenging projects of my career, but I can also say it will be one of the most rewarding. It was a fun job.”

Lawson Mechanical has been working on the $200 million convention center project since the winter of 2019, handling the sheet metal, piping and plumbing, and self-performing the sheet metal and hydronic piping. Their project portion, which should be completed by the summer of 2021, comes in at $25 million. 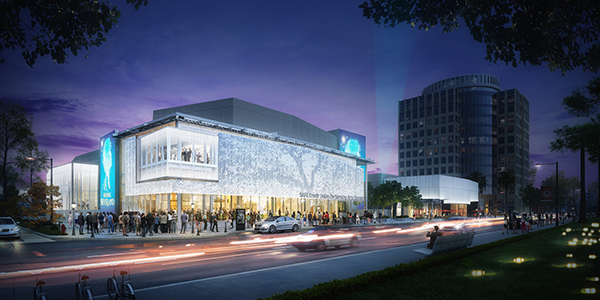 An architectural rendering of the new exterior of the Sacramento Community Theater.

Despite COVID-19, the job never shut down. David Lawson, president of Lawson Mechanical notes, “Governor Newsom visited the job when he was contemplating how to handle construction in terms of keeping it open. He visited the site right before he finalized his mandate for how construction was to remain open. Fortunately, the job was a good example of good practices in the COVID age.”

Lawson points out that installation of the exposed 44-inch double wall round ductwork in the ballroom has required problem-solving skills. “How do you get a piece of ductwork that weighs probably 300 or 400 pounds 35 feet up in the air securely and safely? That is a challenge. But once you figure it out, you follow the protocol and get it installed.”

“It’s nice to be on a project that’s important to the city of Sacramento,” says Lawson. “It is a big meeting space in town where a lot of things happen.”