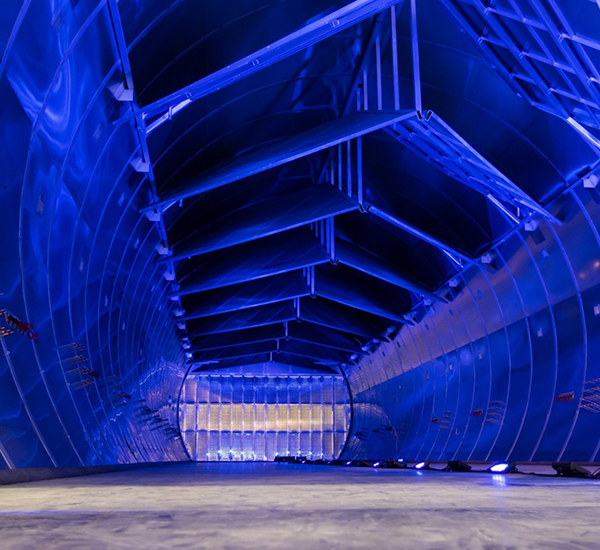 A look inside of an autoclave at Boeing’s Wing Center.

“The project has an aggressive schedule,” said Robert Dustman, Bel-Aire’s project director. “The central plant is set to be substantially complete in July 2021, followed by the manufacturing building completion in November 2021.” 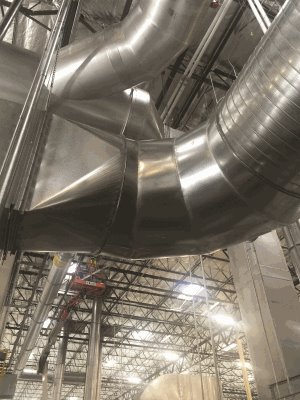 The 165,000 square foot Advanced Composite Fabrication Center will house state-of-the-art, high-tech equipment to support the manufacturing and assembly of advanced composite panels to be used on aircraft. It includes the construction of two new building structures with a central utility plant (CUP) and a 155,000 square foot manufacturing area, with a two-story administrative office building.

The facility will be located on approximately 22 acres of vacant land within the western portion of the existing Boeing campus, located in the City of Mesa, Ariz. Tightly controlled temperature and humidification levels are critical to Boeing’s manufacturing process, so controlling the environmental extremes in Arizona have been factored into all specifications.

Bel-Aire teamed up with general contractor BE&K Building Group, headquartered in Greenville, S.C., which has completed over 5 million square feet of aerospace construction across the United States.

BE&K chose to partner with Bel-Aire Mechanical because “We had assembled a contractor introduction meet and greet event at a local hotel, and Robert (Dustman) came up and introduced himself and convinced me that they had the experience, technology and the resources to complete this project on-time and on budget,” said Kenny Anderson, vice president of advanced manufacturing and distribution at BE&K. “Once we got past the business aspect, we realized that we had a few common interests, like family, fishing and hunting.” 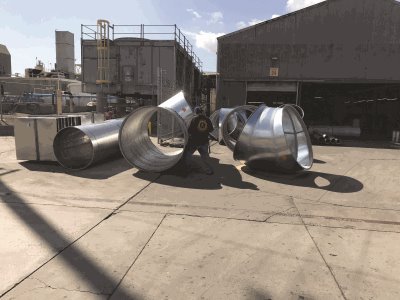 “Boeing is our number one client,” Anderson continued, “We have successfully completed projects for them all over the U.S.”

Dustman, too, is excited about this new relationship. “I’ve completed several projects for Boeing in Southern California; however, this is the first time working with Boeing in Arizona,” he said. It is also BE&K’s first Boeing project in the state.

Some of the mechanical highlights of the project include the 1,500-ton CUP, which will house a powerful compressed air system consisting of three, two-stage oil-free rotary screw air compressors capable of producing 781 ACFM (actual cubic feet per minute) each.

Additionally, the plant will include a liquid nitrogen farm to support the manufacturing process. The backbone of the CUP will host twin 750-ton water-cooled chillers, cooling towers and a primary/secondary pumping arrangement. With the possibility of future expansion, Bel-Aire played a proactive role in coordinating and digitally modeling the space, making sure to design routes for future utilities to include points of connection for ease of fit-up.

The manufacturing plant will be cooled and ventilated utilizing 170,000 pounds of exposed ductwork and fittings for distribution. Large duct mains up to 60 inches in diameter will drop down from the 11 rooftop air handling units and assorted fans. 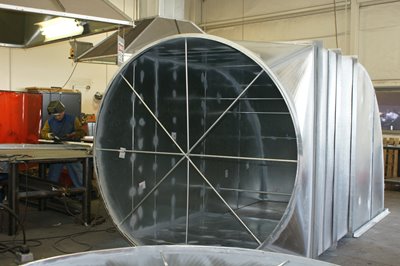 The elaborate duct system will be installed at about 45 feet over head and provide the perfect industrial backdrop for this manufacturing showpiece. BAM brought in Superior Duct Fabrication of Pomona, Calif. to share the fabrication duties. There are numerous DX split systems, blower coil units, fans and a hold down vacuum system. Two computer room air conditioning units (CRACs) have been selected to provide the ideal climate for the dedicated server room.

The largest privately held contractor in Arizona, BAM is a signatory to both Sheet Metal Workers Local 359 and UA Plumbers and Pipe Fitters Local 469. BAM also employs the largest team of certified service technicians of all mechanical contractors in the state and offers start up, service, maintenance, and technical support for any mechanical system.

Jim Dinan, BAM owner and CEO noted, “We were excited when Boeing came to the valley in the 90s and quickly rose to become one of the city’s largest employers, producing the Apache attack helicopters.”

Bel-Aire is vigorously completing the underground plumbing systems at both buildings simultaneously to allow for the installation of overhead MEP systems. At this time, off-site fabrication and assembly of HVAC systems are well underway and will be carefully coordinated for delivery to the site to achieve ‘just-in-time’ installation.

“A project of this type is right in our wheelhouse and has some interesting features,” Dustman said. “It’s not every day that you get a chance to install an autoclave the size of a two-story house, core carving machines, trim and drill equipment and a Frekote process line.”

RESIDENTIAL: Building Based on Relationships