Building a great culture is, in part, the result of making hard decisions about finding, keeping, and developing great people. But too often we let the urgency of our need lower our standards.

In the last few installments of this column, we’ve examined the harder work of leadership — those responsibilities that are easy to put off when everything else feels like a house on fire. Last issue we looked at culture, making a case for why the senior leader must be the primary cultural architect.

Building a great culture is, in part, the result of making hard decisions about finding, keeping, and developing great people. But too often we let the urgency of our need lower our standards. “Good enough” can lead to “Good Lord, I’ve had enough” pretty quickly.

In his classic book, Good to Great: Why Some Companies Make the Leap...and Others Don’t, author James Collins wrote, “The corporate leaders we studied … practiced the discipline of “First Who”: First get the right people on the bus, the wrong people off the bus, and the right people into the right seats and then figure out where to drive the bus.”

A worthy ideal, perhaps. But in our industry, we still have to get stuff done. A more realistic goal, perhaps, is to create an efficient process that will, over time, significantly improve the quality of work and the development of so-called soft skills. Some of that comes from the people you hire going forward. Some will be the result of the right people leaving, and the rest will come from developing the people you want to retain. 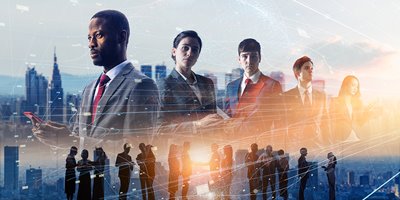 The metaphor we use most often is to “build a pipeline.” It starts where people enter our team though hiring and ends with a mutually satisfying transition toward retirement or a second career. There is movement in the pipeline to prevent stagnation. If that image works for you, think of the different segments off the pipeline being:

This reminds me of the old joke. How do you eat an elephant? One bite at a time. Transforming your practices around talent selection, development, and promotion is the harder work of leading, but pays off as soon as you begin the journey.