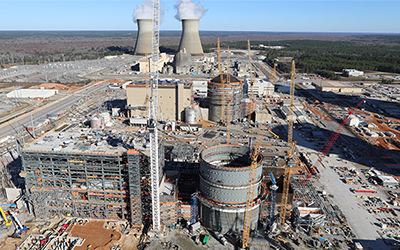 Work is well underway to change that officially in 2021.

If everything goes according to plan, units three and four of the Vogtle Electric Generating Plant — better known as Vogtle 3 and 4 — will open in Waynesboro, Ga., over the next two years. With an estimated price tag of around $25 billion, it represents one of the most significant infrastructure projects in the country.

Pennsylvania-based mechanical contractor SSM Industries, Inc. is playing an instrumental role by providing all sheet metal and HVAC work on the project. Given the unique safety and regulatory concerns involved, SSM progressed through a steep learning curve to help make the plans for the nuclear power plant a reality.

“In the culture of nuclear power, you have to follow detailed, step-by-step processes,” says Tom Szymczak, owner and president of SSM. “There’s no margin for error.”

Welcome to Nuclear Island
Once completed, Vogtle 3 and 4 will house two Westinghouse AP1000 (Advanced Passive) nuclear units. Each can produce 1,117 megawatts of electricity. Vogtle 3 is scheduled to open in 2021, with Vogtle 4 expected to go online in late 2022. At that point, the four units of Plant Vogtle will produce enough electricity to power a million homes and businesses in the state of Georgia. 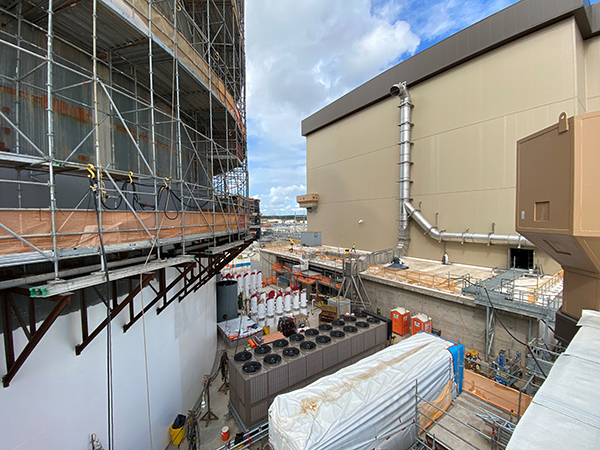 SSM’s involvement with Vogtle 3 and 4 followed a circuitous path. In 2015, the company submitted a winning bid on the project to a subsidiary of Westinghouse, and SSM workers began showing up to the site in the spring of 2016. 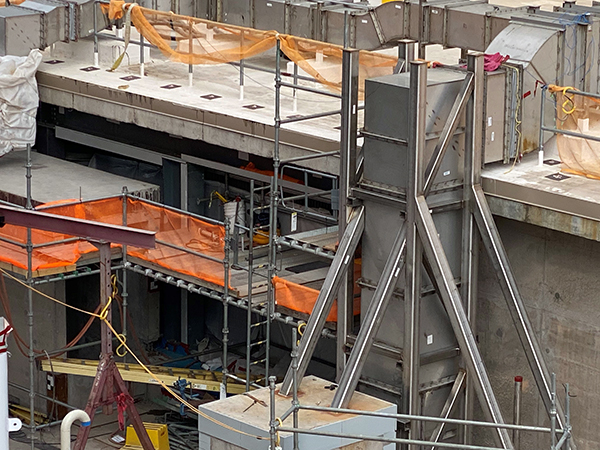 Turbine exhaust serves the annex and auxiliary buildings mechanical equipment rooms. Round exhaust duct that is a vertical 48” round stack starts at the 160ft elevation to the 238ft elevation. Rectangular ductwork is 30X42 bolted and welded by means of positive attachments in 6X6 HSS stainless steel supports that connect to the 48” round exhaust system. All stainless is 12 gauge construction.

SSM’s role in building Vogtle 3 and 4 has gone through multiple phases. First, the contractor worked with Westinghouse to facilitate the design process of the plant’s “nuclear island” and containment building. The nuclear island houses the actual nuclear power system of a plant, including its reactor and steam generators. The containment building forms the shell around the nuclear reactor that prevents the release of radioactive material into the surrounding environment.

In the second phase, SSM provided all fans and dampers for Vogtle 3 and 4. Lastly, the company is responsible for constructing the ductwork and seismic supports of both units. SSM is currently doing the fabrication of the HVAC ducts, supports, and connections for all equipment and devices. Each of the two new plants required more than 2 million pounds of ductwork.

Not surprisingly, SSM is working alongside a slew of subcontractors that are responsible for electrical work, fire prevention and more aspects of the power plant. They include Richmond County Constructors, a subsidiary of Bechtel Corp. Overall, approximately 5,500 workers — 170 from SSM — are onsite at Vogtle 3 and 4 each day.

Heavy Oversight
SSM has worked on projects in the nuclear power sector before, but Vogtle 3 and 4 marks the first time the company has seen one through from the design stage to fabrication and installation. The company has primarily supplied products and devices such as fans and dampeners to the sector in the past.

In terms of challenges, Szymczak notes that experience with the construction of nuclear power plants faded away in the three decades since the last one was built. At the same time, safety precautions and government oversight for such a project are rigorous.

“The construction is put under a full quality-control program,” Szymczak says. “Everything is under the control of the Nuclear Regulatory Commission.” 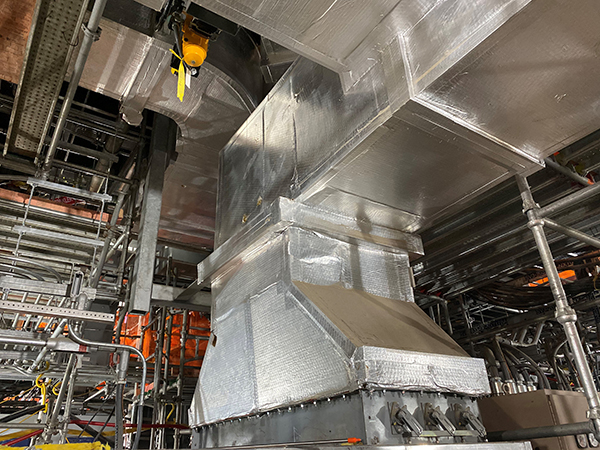 SSM installed rectangular ductwork throughout buildings on the site.

As an example of the red tape involved with the project, Szymczak points out that every piece of ductwork installed requires a work package approved by the workers in charge of the welding and installing. After that, the quality control employees and inspectors must sign off on the plans. Then the work package gets sent to Bechtel to be recorded and approved.

“And then that work package stands as kind of the gospel that the work was done to meet the full specification and safety criteria,” Szymczak adds. “Those items are not normally done in the construction world, so it was a pretty big learning curve to educate our people about the severity of not doing the work correctly.”

Szymczak says SSM likely overestimated the amount of familiarity in the labor force with the process behind building a nuclear plant. Instead, the company soon realized it would need to supplement the training of its workers to better understand the processes and protocols. For example, finding welders with the appropriate certification for working on a nuclear power plant proved especially tricky, according to Szymczak. 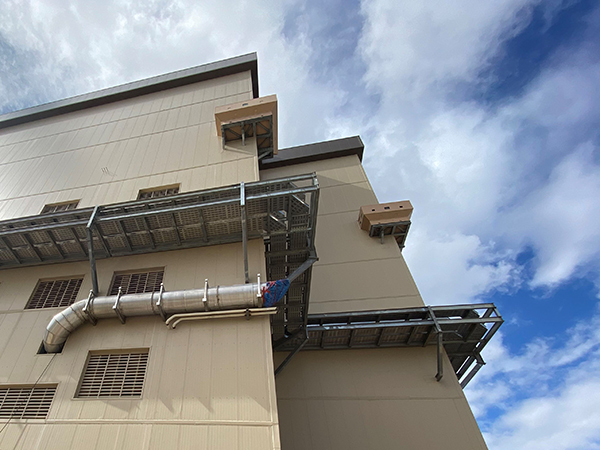 Turbine building exhaust that serves the turbine and runs horizontally from inside to outside the building. It is 42” round 12 gauge stainless steel and terminates with a bird screen at a 45 degree angle. The galvanized shown pictured with Y fitting is tied to 2 exhaust fans and is the interior exhaust ducting to the outside 42” stainless exhaust system.

The COVID-19 pandemic has also impacted the timeline of the project. SSM has developed its own corporate safety policy and procedures to stem the spread of the coronavirus. They include measures such as mandatory mask usage and ensuring workers stay at least six feet apart on the job site. Szymczak says the moves reduced productivity on the project by roughly 20 percent.

For other sheet metal contractors looking to get involved with nuclear power plant construction, Szymczak advises that patience is a virtue.

“Contractors, including ourselves, we like to jump in with both feet and push through,” he says. “There are so many levels of people that are involved in this process, from the NRC on down. Be prepared for a lot of challenges.”