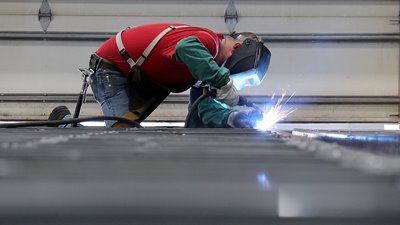 Sheet metal and HVAC companies have relied on a variety of techniques and strategies over time to bring order to the chaos of a job site. Prefabrication, which by now is a well-established process and core to the construction trade itself, is one of the most common. Generally speaking, it shortens the time on a jobsite by building all or part of a structure in a contractor’s shop prior to delivery to the jobsite.

“We try and do some prefabrication on all of our projects at varying degrees,” says Matt Cramer, president of Michigan-based sheet metal and HVAC contractor Dee Cramer Inc.

Contractors are now leaning on increasingly sophisticated processes upfront to streamline prefabrication and design work. As a result, they are collaborating more effectively with partners and reducing the time spent on job sites.

Prefabrication’s Appeal
What makes prefabrication so appealing to contractors? First, the element of control allowed by prefabrication facilitates better planning. Specifically, doing the work in the shop dramatically reduces the delays and downtime that can be a common occurrence on job sites. 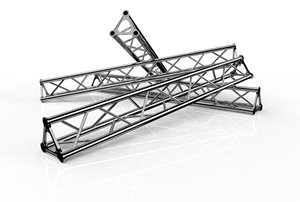 Moreover, prefabrication is safer. Rather than trying to assemble structures in variable conditions onsite, contractors do prefabrication work in a controlled manufacturing environment, which cuts down on common jobsite-related accidents.

“A safe job is a planned job,” Otis says. “If you have a job that’s a free for all, it’s unsafe every time.”
Prefabrication also supports superior quality control and consistency within a construction company’s final products. Otis notes that the ability to reproduce products consistently has taken on even greater importance as municipalities have tightened their building codes. “If we’re building a four-inch water gauge out of a Hermanson shop, everybody who touches it knows what it should look like,” he says.

Streamlining Design
The construction industry is now incorporating prefabrication into a growing push to improve collaboration and coordination in the early stages of projects. 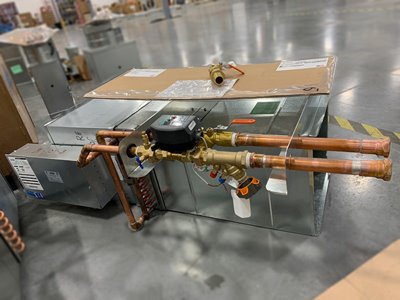 Historically, construction projects have followed what is known as a “design-bid-build” model. First, architects and engineers work together to design a project. Contractors then bid based on that design. After the project is awarded, the parties would all work together to revise the original plans and coordinate the installation of the different parts of the project.

The process is now evolving so that more coordination occurs during the initial design phase, allowing contractors to complete projects faster with less time wasted on partners shuttling designs back and forth. “We’re basically finishing the mechanical design while the architectural model is being completed, so it’s really saving a step,” Cramer says.

What that new process looks like can vary. In a design-build project, owners work with one contractor to provide both the project design and construction services. Hermanson mainly does design-build work, and Otis stresses the benefits of marrying the design of a project with the necessary fabrication work.

“We’re literally driving up our fabrication vision into the design,” he says. “We drive the design to our budget, and we have a happy client because there are no surprises at the end of the day.”

The Design-Assist Model
Joseph Lansdell, president of Indianapolis-based Poynter Sheet Metal, and a former SMACNA President, says he and his colleagues are seeing more requests for design-assist projects recently. In a design-assist project, a contractor offers input to guide a professional designer through the design phase. The designers benefit from the practical expertise of the contractors when it comes to laying out the plans for realistic structures that can be built under the parameters of a project. 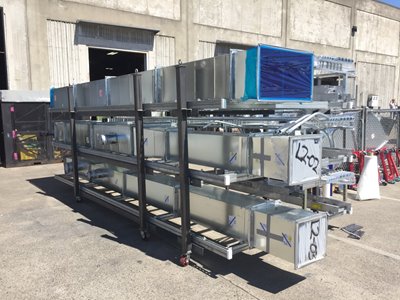 Hermanson prefabricated Multi-Trade Racks for the University of Washington’s Hans Rosling Center for Population Health building on the Seattle campus.  The Racks were shipped from Hermanson’s fab shop on custom-built frames that held three 20-foot sections.  Once on-site, nine sections per floor were installed end-to-end on six floors.

Ultimately, the goal is to identify potential areas of concern at earlier stages in the design process. “This is great for all team members and eliminates duplication of efforts from the architects and engineers to contractors,” Lansdell says.

Lansdell points out that design assist’s growth has created a better sense of teamwork between contractors and designers. In fact, he says Poynter has observed that collaboration between the two sides has never been better.

“We now have designers visiting us in our shop to understand what we need from them to do our jobs,” Lansdell says. “Once a project is awarded, we see more trust in our area between designers and contractors to do our work.”

The BIM Effect
Technological advances have enhanced the capacity of contractors to participate in design-build and design-assist projects. Namely, a growing number of contractors are using building information modeling — commonly referred to as BIM — which entails generating and manipulating digital representations of projects. Cramer describes BIM’s effect as producing a “draw-it-once” mentality for a project. Contractors can use BIM software to collaborate on one central design model in real time. 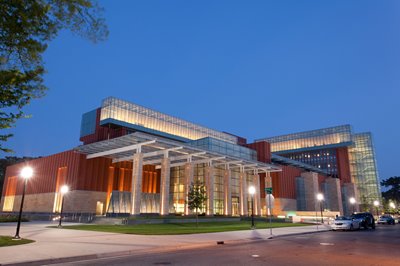 The New Minskoff Pavilion at Michigan State University’s Broad School of Business illustrates how design-assist raises the bar for collaboration in construction.

“You’re basically creating your design model and the installation model at the same time, so you’re not duplicating efforts,” Cramer says.

Hermanson uses a cloud-based BIM application that allows for dynamic revisions to project models.
“Any time of the day, I can link into the model and see where the design is, where the construction is,” Otis says. “You can collaborate in real time without moving files back and forth. You’re not chasing people around. Literally, all the information is right in front of you.”

Poynter has deployed BIM to collaborate with designers in one common model on design-assist projects. According to Lansdell, the benefits extended beyond a smoother project. “It not only worked very well, but we gained a level of mutual respect with the design team that lasted well past the project,” he says.
Cramer also points out that using BIM from the outset gives owners more visibility into the costs and benefits of different elements of the design. That means fewer cases in which owners aren’t satisfied with the end result. In turn, that means fewer revisions on the back end of the project delaying its completion.“It’s just a more efficient design process,” Cramer says.'