Without a compelling vision, leaders often feel they are alone and on their own, the only one pedaling while everyone else is along for the ride. It can be crushing and leads to bitterness and resentment toward employees. 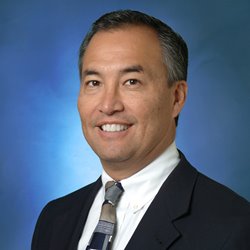 It’s unfortunate that a lot of useful business words and phrases get worn out from overuse — words like synergy, low-hanging fruit, getting granular, ideation — you’ve heard them all, too. Consultants are the worst. In my world, these buzzwords get sprinkled into conversations like too much salt.

One of those salty words is vision. Every celebrity CEO is introduced as a “visionary.” “What’s your vision?” is often used to simply mean, “How’s work going?”

The word has lost its currency. And that’s regrettable, because I believe vision, properly defined, is one of the most powerful tools a leader can wield.

A simple working definition of visionary leadership is “the ability to imagine, plan for and lead people toward a preferable future.” If everyone across the organization is clear about where we’re going, it’s amazing how much more consistently we move in that direction.

Some leaders do this intuitively and don’t even think of it as being visionary, while others use all the buzzwords and have the PowerPoints and spreadsheets but aren’t actually headed anywhere. As one leadership guru used to say, “He who thinks he’s leading but has no one following, is just taking a walk.”

If we look honestly at our industry, we would surmise that vision is not essential to being successful, at least in the short-term. Lots of companies achieve some financial success with an opportunistic approach to finding and executing work. Perhaps that’s one of the reasons that the majority of privately held businesses don’t survive beyond the founder’s generation.

We’ve seen that over the long-haul, those companies that do the hard work of identifying a preferable future and then drive toward it with relentless focus (taking detours when necessary), will almost always outperform their rivals.

Without a compelling vision, leaders often feel they are alone and on their own, the only one pedaling while everyone else is along for the ride. It can be crushing and leads to bitterness and resentment toward employees.

In contrast, visionaries build a loyal band of supporters who want to give their time and effort to something meaningful, something beyond a paycheck — supporters who will recruit others to join the cause. There is no more powerful way of tapping into that basic human desire to be part of something bigger than ourselves than casting a compelling vison.

I don’t think most people really plan to give their life’s work to doing the same old thing, year after year, until they die. But the initial catalyst for doing the work it takes to break out of the rut gets overshadowed by the urgency of the immediate.

Do you feel that itch to take your organization somewhere beyond where it is today? A new size, new market, new strategy, new identity? Why is it important to you? And just as important, why would it be important to anyone else? (If making more money is your only motive, don’t be surprised if other people yawn when you ask them to join you.) How could you create a mental picture of a future state that is so compelling, people are asking to join you on the journey?

There are companies within every industry that most people would love to work for. What will it take for yours to be one of them?