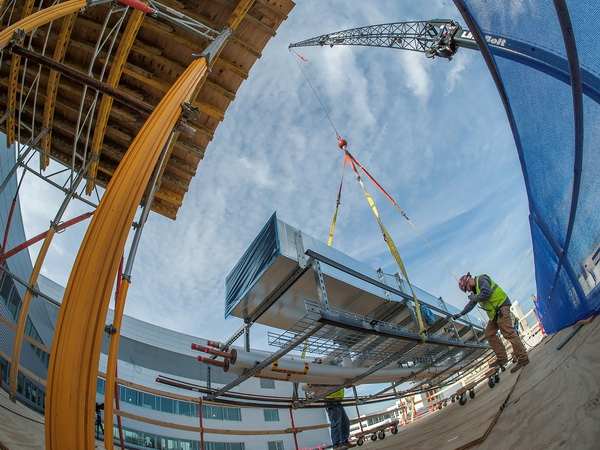 Prefabrication is far from a novel concept in the world of construction. Homeowners in the United States, for example, have purchased prefabricated houses for more than a century to live a more affordable version of the American Dream.

Prefabrication is far from a novel concept in the world of construction. Homeowners in the United States, for example, have purchased prefabricated houses for more than a century to live a more affordable version of the American Dream.

Essentially, prefabrication refers to contractors assembling the components of a structure at a designated manufacturing site, then transporting the completed version to the actual site of a job for installation. Prefabrication’s construction cousin, modularization, involves prefabrication that combines work from multiple trades. 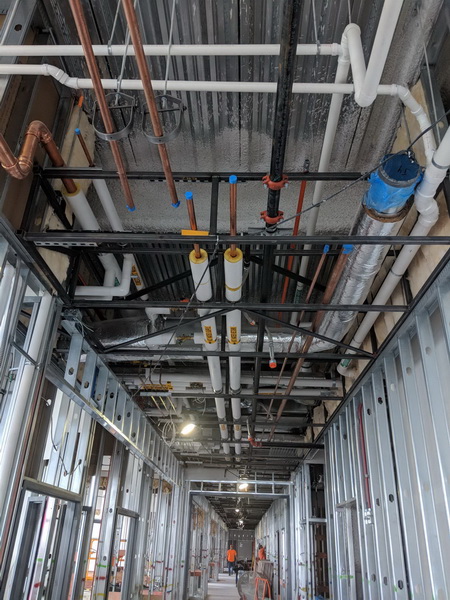 “Basically, the job is built offsite, and then kind of put together as a cookie cutter on-site,” Corbin says.

Sheet metal and HVAC contractors have found that that prefabrication offers a number of benefits when applied in both commercial and residential projects.

Safety is Job One

Contractors widely cite improved workplace safety as one of the chief benefits of prefabrication. “The exposure for a company in the field is greatly reduced,” says Joseph Lansdell, president of Poynter Sheet Metal in Greenwood, Indiana.

Instead of being subjected to variable climate conditions in the field, prefabrication means “the work is all done in a controlled, indoor environment,” according to James Morgan, president and CEO of Massachusetts-based Worcester Air Conditioning LLC. Activities such as welding are safer when done indoors at a production center than outside at a jobsite, for instance. It’s easier for contractors to handle materials indoors, and the same goes for operating and caring for machinery and equipment.

Importantly, most prefabrication work is done at table height in the shop, as opposed to sending workers up on ladders to do ceiling installations.

“We reduce the amount of trauma-type injuries if we put work down at the floor or waist level,” notes Guy Gast, president of the Iowa division of The Waldinger Corporation.

In addition to the safety benefits, contractors have found prefabrication is boosting efficiencies across multiple dimensions. 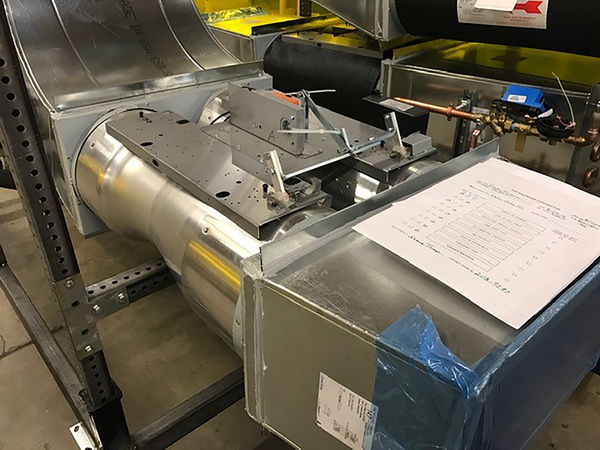 First, as Lansdell points out, contractors tend to incur lower labor costs for work done in shops as opposed to out in the field. “Simple math states for every hour I shift from field to shop, I should save money even if the productivity factors are equal,” he says.

Gast says Waldinger recently completed a case study of a 90,000-square-foot commercial office building in which the company relied on prefabrication for duct work. He pegged the hourly labor savings from prefabrication at approximately 6-7 percent relative to field work on the project. “All of the work that we were able to move to the shop was done at a rate of three or four dollars an hour lower than the field crew rate,” Gast said. 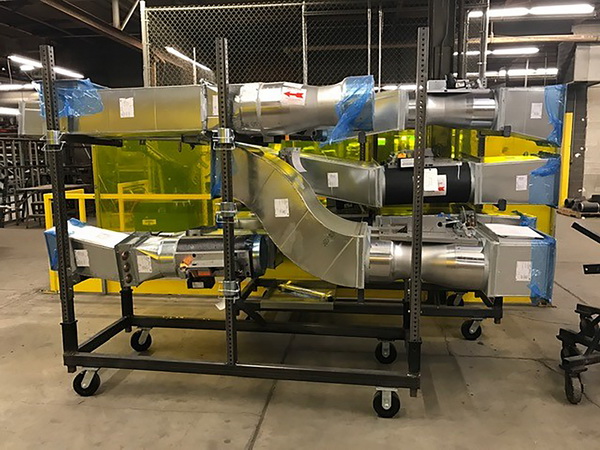 Gast also notes that it is becoming more difficult to find qualified field labor for projects. “Anything we can do to reduce our dependence on a diminished resource, the availability of field labor, is a benefit to the company in the big picture,” he says.

Wayne Greenwood, president of Boston-based contractor JEC Service Company Inc., says his company has set a goal of shifting as much as 20 percent of its field hours back into a prefabricated shop setting. A major reason behind the push, he says, is that working in the field can lead to unavoidable delays and snags that arise during the work day. In contrast, shifting that work to shops reduces downtime significantly.

Of course, achieving lower labor costs only goes so far if workers balk at doing fabrication work in shops. Fortunately, contractors report that workers have embraced the move.

“We were concerned when we first started it that there would be pushback from some of the union guys about leaving the field and going into the shops,” Corbin says. “And we found, actually, the polar opposite: that they liked how much easier it made their job.”

JEC encountered some hesitance from the labor force when it came to moving more work to prefabrication, according to Greenwood. “I think there's just some natural resistance to change from anyone,” he says.

“These guys are now working at heights of three feet to five feet height, versus 15 feet up in the air. They're working in a controlled environment where it's 60 degrees inside versus when the wind is howling through a building,” Corbin notes. “They're not having to hunt and peck through a gang box to find the things they need – the equipment is already pulled together for assembling.”

“The field foremen who realize their jobs became easier and more satisfying have really bought in and use the system we have developed,” Lansdell says.

In terms of shifting more projects to prefabrication, planning ahead and coordination are seen as key. “Make sure you get buy-in for all of the team members on the jobsite first,” Corbin advises. 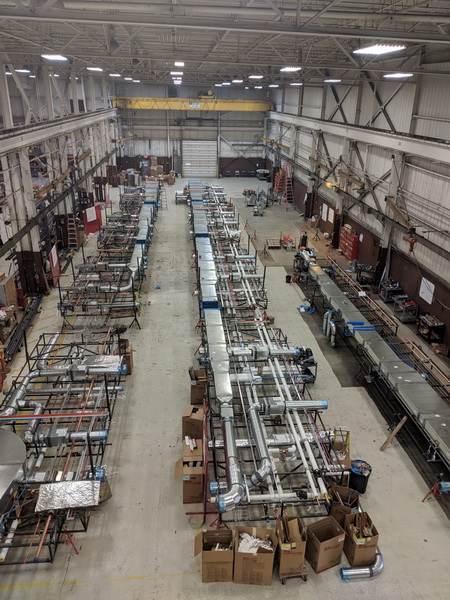 Prefab racks in the shop.

For example, once a job kicks off, Morgan says Worcester’s project managers negotiate with general contractors about considerations such as using tower cranes and leaving spaces in exterior walls to install large prefabricated pieces.

Meanwhile, Lansdell notes that software systems can facilitate communication between workers in the field and back in the shop to ensure prefabricated pieces are built to match jobsite conditions.

Prefabrication doesn’t necessarily entail initial investment in new equipment or design systems. However, contractors cite needing adequate space as one of the biggest challenges to getting started. Greenwood says JEC has already outgrown the 15,000-square-foot space it uses for prefabrication, for example. Ahern has a 150,000-square-foot facility near its main shops that is dedicated to prefabrication.

Going forward, Morgan says sheet metal and HVAC contractors have one important item on their to-do list as prefabrication continues to grow.