Over the past several years, James Morgan, president and CEO of Worcester Air Conditioning, Ashland, Massachusetts, estimates that his sheet metal workers have prefabricated and installed ductwork in more than 3,000 dormitory rooms in colleges and universities. 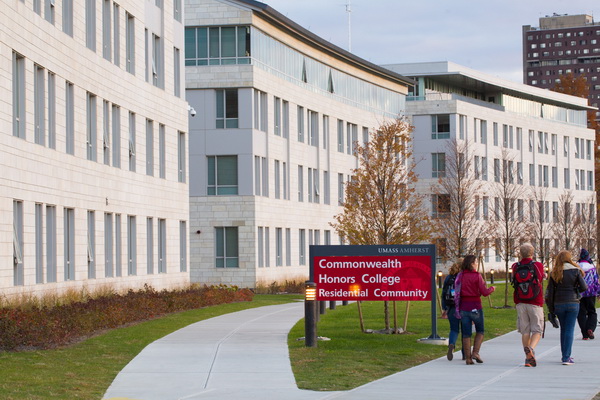 Over the past several years, James Morgan, president and CEO of Worcester Air Conditioning, Ashland, Massachusetts, estimates that his sheet metal workers have prefabricated and installed ductwork in more than 3,000 dormitory rooms in colleges and universities across the Bay State.

Their work on the dormitories with Commonwealth Honors College (CHC) at the University of Massachusetts Amherst is a classic example of their experience in prefabricating and installing these kinds of ductwork assemblies in tight spaces.

Fabricating and installing ductwork for residence halls is quite different than for office buildings, Morgan said, as offices typically have more space above ceilings to contain ductwork and other MEP services.

“At the Honors College, seven buildings were constructed simultaneously, all in tight proximity to one another,” Morgan said. “There was limited space between the floors and it required very small ductwork to move the air.” 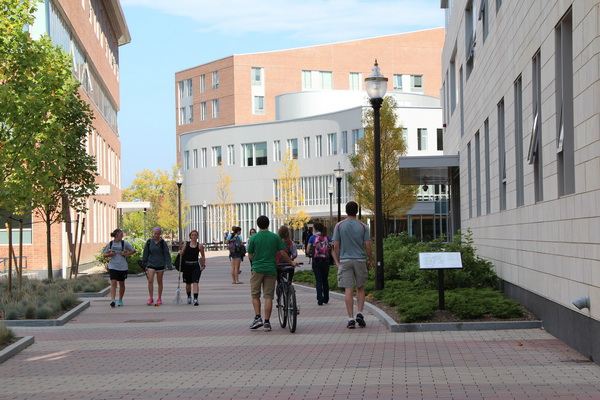 Worcester Air installed ductwork in more than 1,300 rooms in the college’s six student residence halls and administration building, including single and double rooms, suites, and apartments. Space was tight. The height for dorm rooms between the poured concrete floors spanned 10 feet with a limited area of about 12 inches for ductwork above the ceilings. All in all, Worcester Air installed 260,000 pounds of galvanized steel ductwork in the seven buildings.

Commonwealth Honors College is a “campus within a campus,” Morgan said. The Honors College is a community of academically talented students that features small classes and close interaction with faculty and provides opportunities for analysis, research, leadership and engagement in a nationally recognized university, UMass Amherst.

Worcester Air prefabricated most of the 8-to-10-foot-long sections of ductwork in the shop. This length would allow risers to fit between the slabs. A full 10-foot section weighed 60 to 70 pounds and could be installed on a ladder or lift by two workers.

“We would put together these sections wherever loading zones allowed for the larger pieces,” he said. The rectangular duct tended to be wide and flat and 16 inches wide by 4 inches high to accommodate the small spaces above the ceilings.

“Most of the prefab in the dorms involved assembling straight and turning sections, with shop-cut taps cut into those fittings where appropriate,” he explained.

“The riser ducts are a lot smaller in this kind of project,” Morgan added. For example, the round duct risers can include laundry exhaust, bathroom exhaust, and kitchen exhaust and range from 4 to 12 inches in diameter. “There are many risers, but they tend to be small,” he said.

The advantages of assembling the ductwork in the shop included being able to work at table height and having fewer pieces to install at elevation.

“On the jobsite, the work is frequently done from a ladder above a worker’s head. Prefab allows more work to be done indoors at table-level all in a controlled setting, with no wind, rain or other environmental conditions that could create a safety risk,” he added.

Once the duct assemblies were completed, they were placed on carts and transported to the work site. Particularly when transporting work that was intended to be exposed to building users, extra care needed to be taken to prevent damage during shipping. “The finished work was generally painted, so we had to protect it,” Morgan said. “We wrapped it in bubble wrap and transported multiple sections on a four-wheel cart that was lifted into the building by a hoist.”