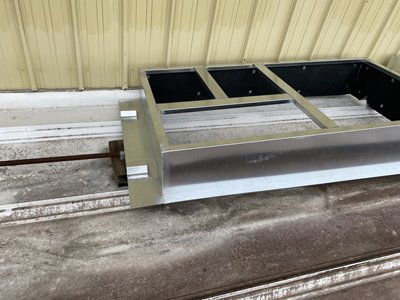 Replacing rooftop units is a major part of the job for Integrated Facility Systems of Fenton, Missouri, which often includes changing from one brand of air handler to another. This gives IFS vast experience with curb adapters. “Every manufacturer has its own configuration for duct, return and supply,” says IFS Project Manager Chris Snudden. “About 90% of the time, when we do a rooftop replacement, it’s going to involve a curb adapter that goes from the existing curb footprint to the new rooftop unit footprint. Most of our suppliers will provide a curb adapter, but it's non-union, so now we fabricate 100% of our adapters in our shop.”

In-house fabrication gives IFS the flexibility to solve any problem. “If you buy a curb adapter from a supplier, you are never sure exactly what the dimensions of the existing curb are,” Snudden says. “There could be roof build-up, or multiple units could be close to each other. But we can fit any situation with our customized adapters.”

A dedicated journeyman and an apprentice in the IFS shop fabricate approximately 100 custom curb adapters per year — from small exhaust fans to large package rooftop units. “They’re always working on a curb adapter,” Snudden says. “Every week, they're involved in laying it out, getting it ready or fabricating.”

In December 2022, Snudden used IFS’s experience with custom curbs to help a very special client, his former school. Snudden attended the Kingston School District in Cadet, Missouri, for kindergarten through the eighth grade. Now, he’s back to improve the air quality. “They had ductless splits throughout the high school wing in these classrooms,” he says. “With COVID, they needed to bring in outside air.” The gymnasium sits in the middle of the school building with 15 classrooms wrapped around it. “We just did nine of the classrooms.” 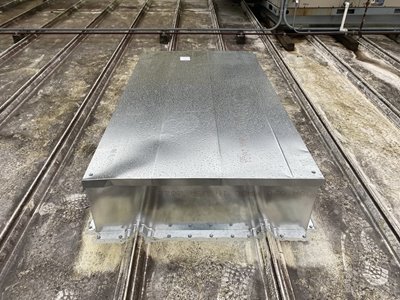 IFS considered adding ground-based RTUs, but Snudden was unhappy about the aesthetics. The expenses of laying a concrete pad, running duct up the side of the building, and cutting through brick walls were also a concern for this rural district with a small tax base.

After careful evaluation, IFS found they could save money by installing a 4-ton RUDD rooftop unit for each classroom. “As we looked at specifications and toured the facility where the units are made, we understood that this was their best option for the dollar per ton and for the quality of units they are getting. Instead of installing a dedicated outside air unit, we went with a package rooftop, which will allow us to use the economizer to supply outside air in each classroom and get rid of the ductless split units throughout the high school wing. These units can do hot gas reheat, which controls humidity and comes with CO2 sensors for demand ventilation.”

The 16,000 square-foot school’s 40-year-old metal standing seam roof was another challenge. “A factory curb will not work for this application,” Snudden says. “Our team marked up a pattern of the standing seam, took it back to the shop and made new curbs that fit.”

The 74-inch by 40-inch curbs fit the slope of the roof, with the short side slipped under the standing seam roof and the tall side sitting on top. On the low side, the flashing is held off the end of the curb to allow water to flow around and keep it watertight. “This design minimizes the amount of roofing we needed to cut out for flashing.” They are caulked on the bottom flange and around the entirety of the curb. The curb was screwed down every 6 inches to the structurally engineered angle that IFS installed below to reinforce the roof. “The district was really happy with the results.” 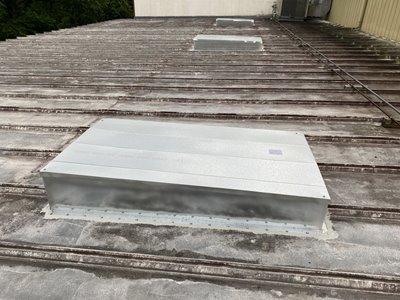 IFS started the project in May, but long equipment lead times delayed the work. “In order to get the RTUs installed for the district, we decided to set them up over Christmas break while the kids are out of school. Everyone really utilized the Christmas break due to lead time issues and the short summers.”  Summer breaks in Missouri used to be 12 weeks long, but now only last for nine or ten weeks. “A lot of work is involved in retrofit projects when you're replacing equipment on an existing school.”

“Christmas Eve was on a Saturday in 2022, Christmas and New Year’s Day were on Sundays, and the following Mondays were holidays,” Snudden says. “We won’t be working any of those days.” The four-man crew still had 10 days to complete the project before students returned to the classroom. “We worked eight to 10 hours each day.”

This phase of the project required 144 shop hours and about 700 pounds of metal. IFS hopes to return next summer to complete the last few classrooms.