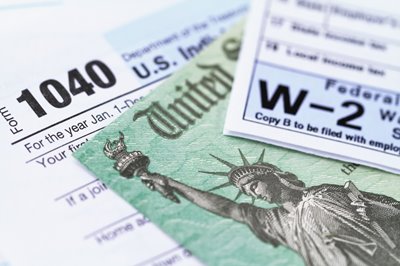 The Biden DOL has many important SMACNA policy issues left on its regulatory agenda, including major rules that are expected to face scrutiny in the newly Republican-controlled House.

Prevailing Wages
Prevailing Wages: A final rule SMACNA worked long and hard to modify and update is expected soon to reform how the agency calculates prevailing wages paid to workers on federally funded construction projects under the Davis-Bacon Act. The new rule is due in December, according to the regulatory agenda.

The 1931 law requires workers to receive pay and benefits equal to local rates for similar jobs when working on projects funded by the federal government. The DOL’s changes are being closely watched ahead of the wave of infrastructure projects expected to be subject to those rules. Companies looking to tap into certain tax credits under the Inflation Reduction Act must pay prevailing wages, among other requirements.

The proposal would set the prevailing wage at the rate paid to at least 30% of workers doing a particular job in a geographic area. DOL currently calculates the “prevailing wage” through a survey process and designates a rate as “prevailing” if more than 50% of workers in a certain area are paid at that amount. The Biden DOL said it often doesn’t receive enough responses to its surveys, leaving the agency to use an average rate when setting wages for certain federal projects. The DOL said the lower threshold will allow the agency to set a “prevailing” rate in more instances.

Overtime
Businesses are still waiting on the Wage and Hour Division to release a proposal to update its overtime regulations. Throughout the summer the agency held stakeholder meetings seeking input on the rule change, which is expected to expand time-and-a-half protections to more workers. Under the Fair Labor Standards Act, workers are exempt from OT pay if they are salaried, earn more than a certain amount per year, and work in a “bona fide executive, administrative or professional capacity.” The salary threshold under which workers are automatically owed overtime pay is $35,568, a figure set by the Trump administration in 2019.

“Persuader” Rule
The DOL is also due to release a final rule that would expand reporting requirements for businesses that use anti-union consultants. Some businesses are required to file an annual LM-10 form, detailing the company’s expenditures on consultants hired to “persuade” employees regarding their organizing and collective bargaining rights or to monitor the activities of employees and unions involved in a labor dispute. If the rule is finalized, businesses also would be required to report if they are a federal contractor or subcontractor, as well as the agency or agencies that contract with them for work.

SMACNA strongly agrees with the language and intent of the sponsors in introducing change order reform in House Section 870. The amendment, if passed, would ensure small business federal contractors get paid sooner for completed change order as directed by agency officials. Once the agency receives the REA, it must pay 50% of the billed change order work amount in a timely manner to offset extra costs. While this legislation is not the entire solution to the millions of dollars in change order inequities SMACNA contractors face every year, it is a very significant first step most worthy of passage.